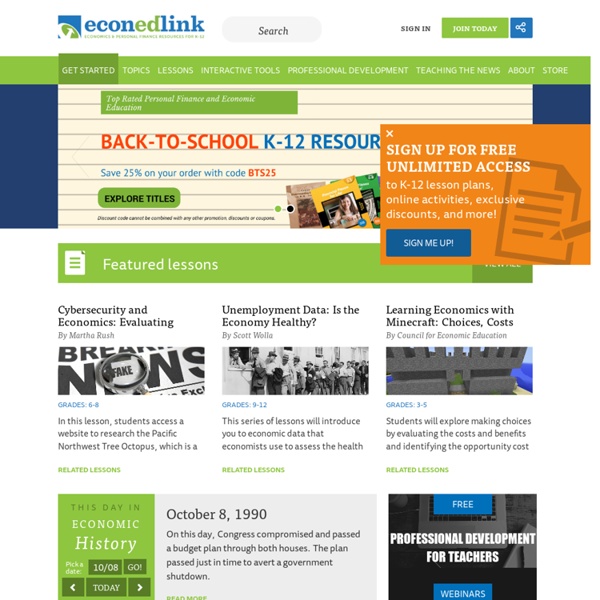 e-learning for kids I, Pencil: A Brilliant Vintage Allegory of How Everything Is Connected By Maria Popova For an object this seemingly simple, the pencil is not only an artifact with a remarkably fascinating history but also an enduring staple of creative culture — from John Steinbeck, who kept exactly twelve sharpened pencils on his desk at all times, to David Byrne, who captured the human condition in pencil diagrams. But although it is one of humanity’s humble masterpieces of design and ingenuity, we continue to underappreciate the pencil’s genius. In 1958, libertarian writer and Foundation for Economic Education founder Leonard Read (September 26, 1898–May 14, 1983) set out to remedy this civilizational injustice in a marvelous essay titled “I, Pencil,” published in Essays on Liberty (public library). In a clever allegory, Read delivers his enduring point about the power of free market economy.

Welcome to Glinkr Atlas of Urban Expansion Massive urbanization, accompanied by the rapid expansion of cities and metropolitan regions and the sprawling growth of megacities the world over, is one of the most important transformations of our planet. Much of this explosive growth has been unplanned. Cities in developing countries have been unprepared for absorbing the many millions of the rural poor that are still crowding into informal settlements. These cities are now scheduled to double their urban population in the next thirty years, and possibly triple the land area. And while in industrialized countries the great transformation into an urban society is largely completed, there are growing concerns about continuing low-density sprawl and its deleterious environmental consequences - the effects on carbon emissions, energy use, and the loss of prime agricultural lands.

Popplet 40 maps that explain the world By Max Fisher By Max Fisher August 12, 2013 Maps can be a remarkably powerful tool for understanding the world and how it works, but they show only what you ask them to. So when we saw a post sweeping the Web titled "40 maps they didn't teach you in school," one of which happens to be a WorldViews original, I thought we might be able to contribute our own collection. Some of these are pretty nerdy, but I think they're no less fascinating and easily understandable. IfItWereMyHome.com Canada A land of vast distances and rich natural resources, Canada became a self-governing dominion in 1867 while retaining ties to the British crown. Economically and technologically the nation has developed in parallel with the US, its neighbor to the south across an unfortified border. Canada faces the political challenges of meeting public demands for quality improvements in health care and education services, as well as responding to the particular concerns of predominantly francophone Quebec.