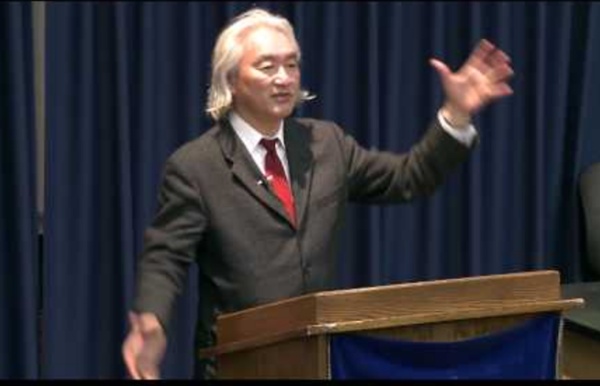 What Ray Kurzweil Is Doing at Google 1. What Ray Kurzweil is doing at Google: teaching computers to read. "So IBM's Watson is a pretty weak reader on each page, but it read the 200m pages of Wikipedia. And basically what I'm doing at Google is to try to go beyond what Watson could do. 300+ Mind Expanding Documentaries I watch a lot of documentaries. I think they are incredible tools for learning and increasing our awareness of important issues. The power of an interesting documentary is that it can open our minds to new possibilities and deepen our understanding of the world. On this list of mind expanding documentaries you will find different viewpoints, controversial opinions and even contradictory ideas.

Can we change the future? A scientific view... I was reading this article from 1998 about quantum theory – I know it’s pretty old…, but there was something about it that struck me! It’s maybe also because I’m reading this book that contains a lot of prescience characteristics or just my open mind. So, I decided to put together all this scientific evidence with one scope – Can we change the future?

www.closertotruth Raymond "Ray" Kurzweil is an American author, inventor, futurist, and Director of Engineering at Google. Aside from futurology, he is involved in fields such as optical character recognition (OCR), text-to-speech synthesis, speech recognition technology, and electronic keyboard instruments. He is the author of several books on health, artificial intelligence (AI), transhumanism, the technological singularity, and futurism. Kurzweil is generally recognized as a public advocate for the futurist and transhumanist movements, due to his stances on life extension technologies, his efforts to forecast future advances in technology, and his interest in the concept of the technological singularity. At the same time, he has attracted significant criticism from scientists and thinkers. Ray Kurzweil has been described as “the restless genius” by The Wall Street Journal, and “the ultimate thinking machine” by Forbes.

125 Great Science Videos: From Astronomy to Physics & Psychology Astronomy & Space Travel A Brief, Wondrous Tour of Earth (From Outer Space) - Video - Recorded from August to October, 2011 at the International Space Station, this HD footage offers a brilliant tour of our planet and stunning views of the aurora borealis.A Universe from Nothing - Video – In 53 minutes, theoretical physicist Lawrence Krauss answers some big enchilada questions, including how the universe came from nothing.A Year of the Moon in 2.5 Minutes – Video – The Lunar Reconnaissance Orbiter has been orbiting the moon for over a year. The footage gets compressed into 2 slick minutes.A Day on Earth (as Seen From Space) – Video – Astronaut Don Pettit trained his camera on planet Earth, took a photo once every 15 seconds, and then created a brilliant time-lapse film.Atlantis’s Final Landing at Kennedy Space Center - Video - After more than 30 years, the space shuttle era comes to a close. Video runs 30 minutes. Physics

Web Design Ledger 599 shares 8 Must Have Free Fonts for your Designs Need some fresh fonts for your new projects? We got your back. We are always searching for good resources for our readers, and fonts are our top priority. When will Singularity happen – and will it turn Earth into heaven or hell? Defined as the point where computers become more intelligent than humans and where human intelligence can be digitally stored, Singularity hasn't happened yet. First theorised by mathematician John von Neumann in the 1950s, the 'Singularitarian Immortalist' (and Director of Engineering at Google) Ray Kurzweil thinks that by 2045, machine intelligence will be infinitely more powerful than all human intelligence combined, and that technological development will be taken over by the machines. "There will be no distinction, post-Singularity, between human and machine or between physical and virtual reality," he writes in his book 'The Singularity Is Near'. But – 2045? Are we really that close? Hardware innovation

Heidegger: Thinking the Unthinkable German philosopher Martin Heidegger addressed the central question of human existence full on, by examining how human self-awareness depends on concepts of time and death. His preoccupation with ontology - the form of metaphysical inquiry concerned with the study of existence itself - dominated his work. The central idea of his complex Sein und Zeit (Being and Time) (1927) could be summed up in the phrase 'being is'. Man had to ask himself 'what is it to be?' MOOC pedagogy: the challenges of developing for Coursera In the summer of 2012 the team of teachers and researchers associated with the MSc in E-learning programme at the University of Edinburgh began developing a Massive Open Online Course (MOOC) for the Coursera platform. Launched only a year earlier, this for-profit company founded by Stanford professors Andrew Ng and Daphne Koller has focussed primarily on hosting computer science related courses from big name US institutions. The recently announced partnership with the University of Edinburgh presented the team with an opportunity to engage and experiment with the much-publicised MOOC format, and foreground issues related to the theory and practice of online education itself. Designing for MOOCs Devising a course to utilise the potential educational advantages of the Coursera platform proved, and is still proving, to be a complex undertaking. Firstly there is the issue of digital mimicry.