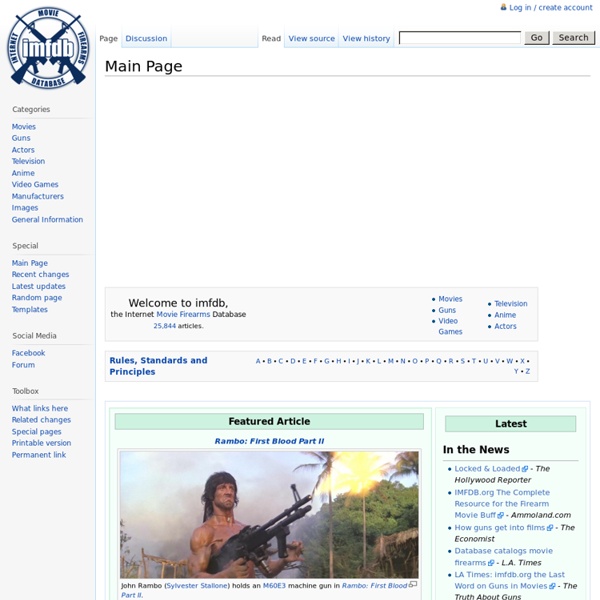 Metal Foam Obliterates Bullets – and That’s Just the Beginning Composite metal foams (CMFs) are tough enough to turn an armor-piercing bullet into dust on impact. Given that these foams are also lighter than metal plating, the material has obvious implications for creating new types of body and vehicle armor – and that’s just the beginning of its potential uses. Afsaneh Rabiei, a professor of mechanical and aerospace engineering at NC State, has spent years developing CMFs and investigating their unusual properties. The video seen here shows a composite armor made out of her composite metal foams. The bullet in the video is a 7.62 x 63 millimeter M2 armor piercing projectile, which was fired according to the standard testing procedures established by the National Institute of Justice (NIJ).

Agincourt 600: Triumph of the longbow? As part of our 600th commemoration of the battle of Agincourt, the Royal Armouries is exhibiting a unique temporary collection of arms, armour, art, music and manuscripts at the Tower of London.To accompany the exhibition, the Royal Armouries has produced a catalogue with Yale University Press, edited by our Curator of Tower History and Tower Special Collections Malcolm Mercer and trustee Professor Anne Curry. Here, one of the contributors of the publication, Thom Richardson of the Royal Armouries, writes about the iconic longbows of the battle. The battle of Agincourt from the Brut Chronicle (Chronicle of St Albans), English, late 15th century. © His Grace the Archbishop of Canterbury and the Trustees of Lambeth Palace Library An example of an ‘arrow bag’ as used at the battle in 1415. Ordinary arrows were of poplar, fletched with goose feathers and fitted with a single type of low-barbed head.

Regenyei Armory Dear Customers, Considering the current supply and other technical problems (e.g.: tempering) we are dealing with right now, we will be able toaccomplish any further order/inquiry only from 1st of December 2015! Regarding to this situation please don't e-mail me untill that, as i will not be able to answer. 5 Weapon Myths You Probably Believe (Thanks to Movies) We all know that war is hell: It is an unrelenting barrage of horror and tragedy, and lots of people die screaming in the mud. It's always been that way, back to the birth of man -- but hey, it sure looks cool, doesn't it? Without war, we wouldn't have clashing sword duels or high-stakes dogfights or raging action heroes mowing down wave after wave of ethnic stereotypes.