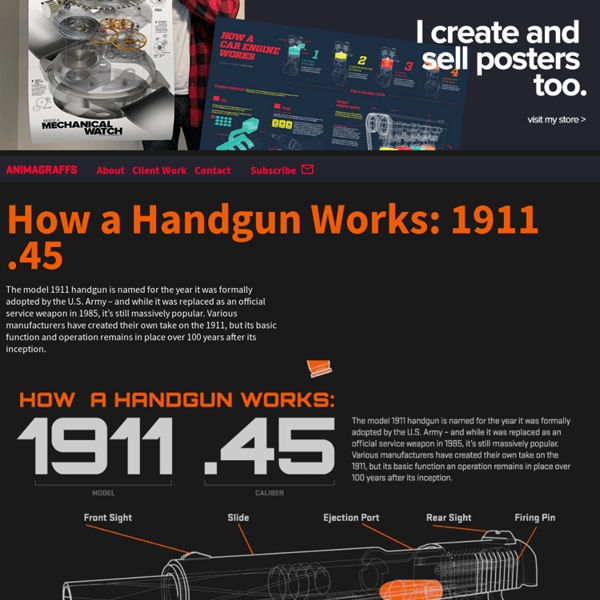 The model 1911 handgun is named for the year it was formally adopted by the U.S. Army – and while it was replaced as an official service weapon in 1985, it’s still massively popular. Various manufacturers have created their own take on the 1911, but its basic function and operation remains in place over 100 years after its inception. Our 3D animated infographics attract thousands of viewers. Follow Animagraffs: email, twitter, facebook.

Bento Laptop Tablet Hybrid by René Woo-Ram Lee Bento is quite an exceptional and forward thinking concept by René Woo-Ram Lee. It’s quite a plausible scenario that most of use/own a tablet, a PC, external hard drives and a smartphone. Now combine the power of these to have fully customizable Bento Laptop! The Box accommodates all the gear to work as one whole unit or individually; as you see fit. Laptop with 15″ OLED screen11″ tablet and 4″ phone sit in shallow depressionsSolar powered lithium-ion battery1TB SSD drive Designer: René Woo-Ram Lee The Fujitsu branding is evident and rightly so, the concept is a part of the Fujitsu Design Award that is organized by Designboom. Awesome Stuff to Buy | Find Cool Shit to Buy