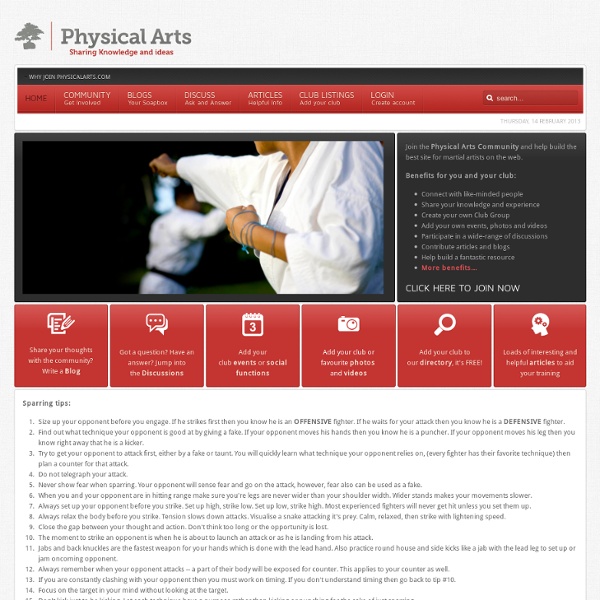 HowStuffWorks "How Verbal Self-Defense Works" Lots of people think verbal self-defense means fighting back. Their image of verbal self-defense is a collection of killer smart cracks plus strategies for using language to wipe the floor with their opponents. It's not an accurate image. In this edition of How Stuff Works, I'd like to show you a different way to relate to other people, especially when you disagree. Let's talk about it a minute. Why Verbal Self-Defense? It has undoubtedly happened to you. This isn't trivial. Obviously it's to your advantage to stay out of arguments in both your personal and your professional life, unless something truly important -- something about which you care profoundly -- is at stake. The answer is pretty simple, and it's a relic of the days when humankind dealt with sabertooth tigers at close range on a regular basis. This part of your brain can still be a good thing on those very rare occasions when you do face imminent life-threatening sudden peril from tornadoes or terrorists or mad gun-toters.

MAIN FINDINGS AND IDENTIFIED OPPORTUNITIES FOR DEVELOPING COUNTRIES Growing organic sales volumes and values... The highest values of total organic food sales in 2000 were found in the United States (US$8 000 million), followed by Germany (US$2 100 million), the United Kingdom (US$1 000 million) and Italy (US$1 000 million). Other high sales values were found in France (US$850 million) and Switzerland (US$450 million). ...but still a small share of the total food market Nevertheless, the organic sector is still a niche in the total food sector. (*) Based on average exchange rate 2000.(**) Source: ITC (2001)(***) US$2.5 billion for "green" labelled products. High growth rates of organic fruit and vegetable sales during the last few years... The market surveys carried out for this study indicate fast growth in sales of organic fruit and vegetables in most of developed countries. ...although growth seems to have come to a halt in some markets Organic share in fruit and vegetable sales higher than organic share in total food sales Government policy and support

Trends - Healthy Living - Goethe-Institut The times when organic food shops smelt of wood and muesli and the tofu sausages tasted of it are past. Eco chic is in, and tasty. Just like organic bananas, organic milk, organic meat and organic ready-to-serve pizza. Not only is there plenty of talk on this subject in Germany – organic is being bought. Singles and families, organic shops and discount stores Every German has bought at least one organic product in the past year, especially singles and families, the trendsetters of the organic boom. Prices and production Since 2001 a label has been going on every organic product in Germany. Organic products are expensive because cultivation and harvest, but also transport and storage, are more time and cost-intensive. Conflicts and opportunities Unfortunately organic products are not always as good as their reputation, the consumer protection organisation Foodwatch e.V. discovered. Farmers and bureaucrats Poland supports every farmer who switches to organic farming.

Letterboxd • Your life in film 11 Key Differences Between Training and the Real Thing Image by cfoto I'm sure most (if not all), readers of Low Tech Combat train with a view to being able to apply what they practise in training, in real life. That is the ultimate goal. We train using only the most effective systems and strategies we know of so that if one day we get into a physical encounter and cannot avoid or evade it, we can use these skills under stress to stop the threat. We all know that the training environment is quite different to the environment we will likely find ourselves in if we ever have to use these skills for real. What I wanted to do is put together a list of the 11 Key Differences Between Training and the Real Thing. 11 Key Differences Between Training and the Real Thing Consequences. This list is not exhaustive.

Chevrolet Chevelle The Chevrolet Chevelle was a mid-sized automobile produced by the Chevrolet division of General Motors in three generations for the 1964 through 1977 model years. Part of the GM A-Body platform, the Chevelle was one of Chevrolet's most successful nameplates. Body styles include coupes, sedans, convertibles and station wagons. History[edit] First generation (1964–1967)[edit] Overview[edit] Chevelle SS[edit] 1965 Chevelle Malibu SS396 Hardtop Coupe The Chevelle SS represented Chevrolet's entry into the muscle car battle. 1966 Chevelle Malibu Convertible The Chevelle SS396 became a series of its own in 1966 with series/style numbers 13817 and 13867. In Canada, sporty Chevelles continued to wear "Malibu SS" badges for the 1966 and early 1967 model years. Z16 SS396[edit] Only 200 regular production 1965 Z16 Chevelles were built at the Kansas City plant. The prototype Z16 Chevelle was built at the Baltimore plant. Approximately 75 Z16s are presently accounted for.[6] New Body 1966–1967[edit]

10 Martial Arts Sparring Tips Here are 10 Martial Arts Sparring Tips. Sparring is one of the best martial arts training drills. It teaches timing, strategy and how to keep your cool in a fight. Best of all it teaches you how to react when you’ve taken a hit. Footwork is key. From the Hip: internal martial arts mechanics Sun Lu-t'ang Sun Lu-t'ang or Sun Lutang (1860-1933) was a renowned master of Chinese neijia (internal) martial arts and was the progenitor of the syncretic art of Sun-style t'ai chi ch'uan.[1] He was also considered an accomplished Neo-Confucian and Taoist scholar (especially in the I Ching), and was a distinguished contributor to the theory of internal martial arts through his many published works.[2] Sun Lu-t'ang standing in Xingyiquan's San Ti Shi stance Biography[edit] He was born in Hebei and was named Sun Fuquan (孫福全) by his parents. Years later, his Baguazhang teacher Cheng Tinghua (程延華) gave him the name Sun Lutang. He subsequently was invited by Yang Shao-hou, Yang Chengfu and Wu Chien-ch'üan to join them on the faculty of the Beijing Physical Education Research Institute where they taught t'ai chi to the public after 1914.[2] Sun taught there until 1928, a seminal period in the development of modern Yang, Wu and Sun-style t'ai chi ch'uan.[2] Family[edit] Teachers[edit] Publications[edit] Note:

Jiang Rong-Qiao [Jiang Rong-Qiao] Jiang Rong-Qiao Chiang Jung Chiao (Jiang Rong-Qiao) (1890-1971) Also known as Chiang Kuan Wu, he was born in Hebei Province in Chang Chou County. It was he who spread Cheng Ting Hua's style widely. During his youth he learned Mi Tsung Chuan from his grandfather and uncle. During the 1920's Chiang began a series of martial arts books, compiling twenty-five books to his credit, making him one of the most prolific writers of his time.