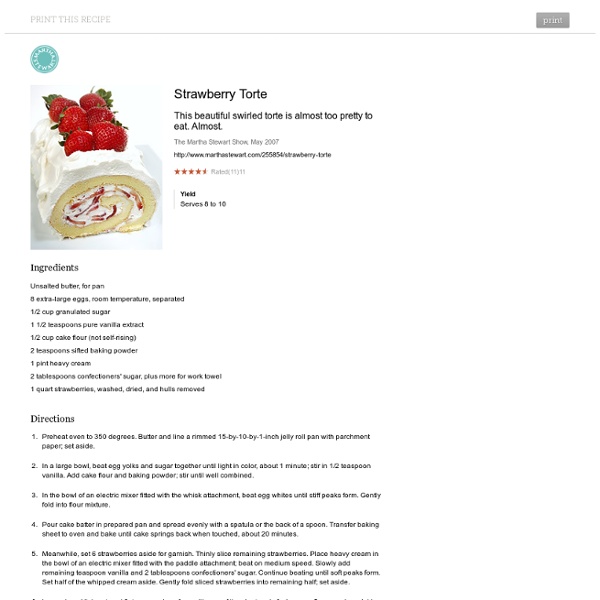 Apple Cinnamon Brown Betty Apple Cinnamon Brown Betty Last month, the fun people at Land O’Lakes invited several bloggers to create recipes for their new product, Land O’Lakes All Natural Cinnamon Sugar Butter Spread. I was so excited because I am in love with anything cinnamon sugar flavored. One of my morning rituals is to have coffee and cinnamon sugar toast, with butter of course. In fact, I have been so addicted to cinnamon sugar toast, I have had to make an effort to try and not eat it as much, and change up my morning routine.

The Perfect Crusting Buttercream I use this recipe when making my rose cake, my hydrangea cake, or any cake that I want the frosting to be able to hold its shape! Pepperoni Pizza Monkey Bread How do you make bread even better? You stuff it with pepperoni and cheese. Then, you bake it in a bundt pan that allows you to pull off little chunks and dip them in pizza sauce. This is the perfect thing to bring to a party (and I did, where it disappeared quickly!) or to eat during a football game.

How to Decorate Cookies with Royal Icing Welcome to the first in what I plan to be a recurring “How-To” series here on Brown Eyed Baker. While recipes are all well and good, there are some techniques that are best explained in a step-by-step method, with pictures included (at least this is how I learn best). As I was decorating my Stanley Cup Playoffs cookies last week I thought that doing a tutorial on how to decorate cookies with royal icing would be a great first How-To post. I was always very good at baking snowmen, Christmas trees, angels and the like in December, slapping on some buttercream, a few sprinkles and calling it a day. Not that it isn’t good. Apartment Therapy The Kitchn - StumbleUpon It didn't totally blow up my radar, however, until only a few weeks ago. I was celebrating a bachelorette with some of my favorite girlfriends at a too-cool-for-school Atlanta restaurant. We had already overindulged in one too many courses of food, but our waiter gently encouraged us to order the sampler platter of desserts. Never one to say no to sweets, I caved against my (stomach's) better judgement.

Sleepy-Time Smoothie My husband woke up coughing and a little feverish this morning. UGH... a darn COLD! I knew I'd need to set aside my chores and make the long drive to town to buy him some Nyquil. On the way, it dawned on me to use the Nyquil and a few more ingredients to turn that nasty-tasting wonder-elixer into a delicious (as possible;-) Smoothie for this Instructable's Contest. The Grocery Store was out of Cherry Flavor, so this was a REAL challenge! ;-O) Nutella Mug Cake Bring Your Child's Favorite Characters to Life with These Disney-Themed Lunches Healthy Mickey-Shaped PB&J Muffins: A Breakfast the Whole Family with Love A Yummy Instant Pot Chicken and Rice Recipe Even the Pickiest Eaters Will Love This 3-Ingredient Coffee Fudge Is the Best Morning Pick-Me-Up

Death By Oreo Cupcakes They are probably the best Oreo cakes I have ever tried. A lot of cake's that I have experimented with before are like a vanilla cake with bits of Oreo in them, which didn't really give them enough Oreo flavor. But these were a lot better.

Upside Down Apple Pie If you consider yourself “pie crust challenged”, this recipe is your new best friend. I first saw this pie over at Lisa’s blog and I knew I had to give it a try, it looked delicious. While I have no problem making pie crust, so manypeople have had bad experiences making pie crust from scratch andhave just given up.

Cheesecake Stuffed Strawberries Cheesecake Stuffed Strawberries These cheesecake stuffed strawberries are the perfect dessert treat! Can I just say that I have died and gone to heaven. Cheesecake stuffed strawberries….how have I not made these before?! I’m serious. They are amazing! Cinnamon Toast&Rolls The USDA released its new food pyramid the other day (which is actually a plate now instead of a pyramid), and I am sorely disappointed to report that cinnamon rolls did not appear anywhere on that plate. I think by now most of us know what should be on our dinner plate in terms of healthy, well-rounded nutrient-laden meals, but it is my considered opinion that our breakfast plate should include cinnamon rolls now and then. And not just any cinnamon roll, mind you, but how ‘bout a homemade cinnamon roll hybrid that is a cross between a cinnamon roll and cinnamon toast, is super easy to make and gosh darn delicious. In honor of their ancestry, I call these little gems cinnamon toast rolls, and here’s all you need to make them… Yep.

Cream Cheese Chocolate Chip Cookies « Betchacanteatjustone's Blog This just may be my new favorite Chocolate Chip Cookie. It’s made with butter AND cream cheese. It’s dense, chewy, chocolatey and very delicious. I had half a package of cream cheese that needed to be used up and I really wanted chocolate chip cookies so I figured surely there must be a recipe… a quick google blog search led me to baking blonde and a really delicious recipe that’s definitely being added to my regular cookie repertoire! Cream Cheese Chocolate Chip Cookies recipe from BakingBlonde 4 oz cream cheese, softened (recipe called for 5-6 but I only had 4)3/4 cup unsalted butter, melted and cooled1 cup brown sugar1/2 cup granulated sugar2 tsp vanilla extract1/2 tsp baking soda1/2 tsp salt2 cups plus 3 tbsp all purpose flour1 1/2 cups semi sweet chocolate chips

Leftover Halloween Candy Recipes A house full of bags of mini Milky Way and Snickers bars, Gobstoppers and Nerds is almost a necessary evil this time of year. But after the trick-or-treaters have come and gone, what’s a cook to do with all that leftover candy? First, consider reducing your haul — by U.S.