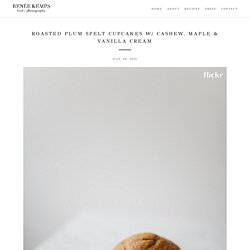 I had hardly any time to work on it, but now that it’s ready to go, I’m hesitant about pushing that publish button. I’ve been in the kitchen a lot these days, I’ve been randomly, everywhere and anytime, writing down all my ideas, I’ve been thinking a lot about the development of my blog, my brand (?) , my style. I had planned to work on it a couple of days, when University was over; rewrite my whole blog, do a little redesign, decide how I want to develop myself further, how to do so and think about/set myself some important goals for the upcoming year. What a struggle. Of course, being realistic, this written above isn’t something that happens in one day. Raspberry Swirled Cheesecake Cupcakes. Share on Pinterest Cheesecake has got to be on my list of top 3 favorite desserts, which is why you see it on here quite a bit. 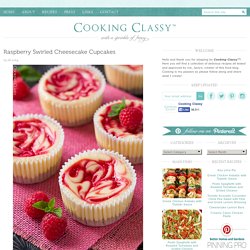 You can never have too many cheesecake recipes and the options are seemingly endless (like when you walk into The Cheesecake Factory and take 10 minutes to choose because there are just so many options). One of my favorite ways to make cheesecake (ever since I made these Cheesecake Cupcakes with Salted Caramel Sauce or Strawberry Sauce) is in cupcake form. Blackberry Spice Muffin Bites - Nicky's Kitchen Sanctuary. One thing I love about the eating season – err I mean Christmas – is the endless selection of canapés and mini versions of pretty much every type of food. 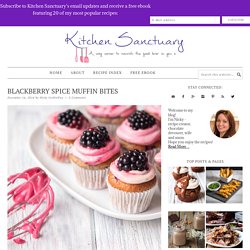 We all want to have a taste of every delicious dish on offer, so we scale it all down in order to fit more in. It’s genius really. I don’t know why we don’t do it all the time. After all, who can resist I plateful of doll-sized food? You’re never really too full to fit one more mini burger or orange bun pop in. Ok, maybe not such a good idea.

The Spanish have got it spot-on with their Tapas. I’d love to see more places like that. Mini seafood risotto, served with mini pizza and mini steak. Looking at it another way, it’s also the perfect diet. These teeny tiny muffins are light and fluffy, with the perfect amount of cinnamon, ginger and mixed spice to offset the sweet, creamy blackberry frosting and the tart bite of fresh blackberry on top. Blackberry Spice Bites Author: Nicky @ Kitchensanctuary.com Recipe type: Dessert Serves: 28-30 bites. Lemon Blueberry Cupcakes. I’ve never been a huge fan of lemon in baked goods but I think my taste buds are starting to like it after devouring these Lemon Blueberry Cupcakes. 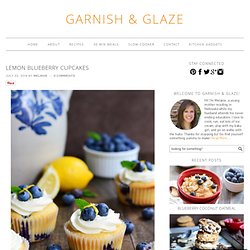 There is just enough lemon juice and zest to get that refreshing lemon zing but not too over powering especially for those of us how are just warming up to the whole lemon thang. Sometimes people (including me) can get carried away with frosting and create a cupcake that has a 2:1 ration of frosting to cake. Chocolate Cupcakes Recipe. Chocolate Cupcakes: Preheat oven to 375 degrees F (190 degrees C). 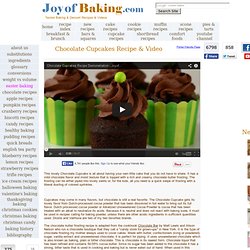 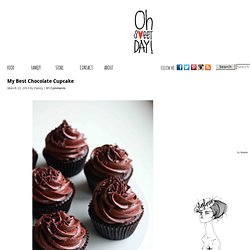 Second, who can resist chocolate buttercream? Third, who can say no to a one-bowl cupcake recipe. Brownie Batter Chocolate Fudge Cupcakes. 98K+Pin It With Outrageously Rich Chocolate Indulgence Frosting. 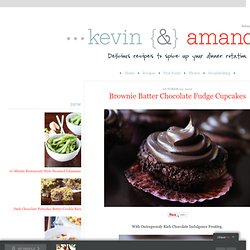 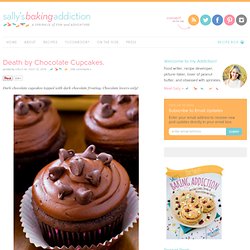 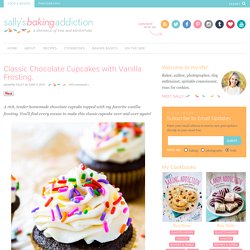 You’ll find every excuse to make this classic cupcake over and over again! I’m taking a break from all things overloaded today. Don’t get me wrong, an Oreo cake with Oreo crumb topping, Oreo cream filling, and milk chocolate buttercream is welcome in my apartment any day. But sometimes I crave a little simplicity. Mary Berry Chocolate Cupcake Recipe. Food - Recipes : Dark chocolate bacon cupcakes. 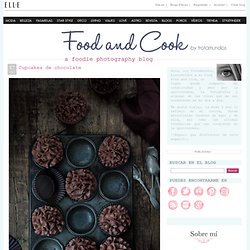 Para mí es la combinación perfecta. En esta ocasión preparé una deliciosa e intensa ganache para decorarlos, la cual aromaticé con un poco de licor, me encanta el punto que le aporta al chocolate. Food - Recipes : Black Forest cupcakes. Lemon Cupcake with Lemon Buttercream. I am trying real hard to finish sharing some of my recipes from this year so I can get to sharing some holiday treats with you! I have been baking up a storm and I feel guilty that so many of these great recipes get put on the shelf because a seasonal recipe takes precedence. Food - Recipes : Raspberry and cream cupcakes.