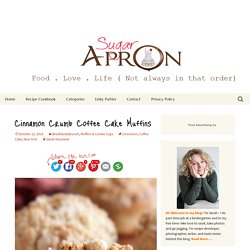 A cake you can eat before or after your epic meal….A cake that can be served with coffee or a big scoop of ice cream and fresh berries…. A cake that gives you leftovers to send home with guests or secretly munching in your kitchen all week long… My mom used to make the most amazing coffee cake when I was growing up. Well, it’s still one of my favorite cakes but it makes such a big batch and I’m afraid I’ll eat the entire thing and probably have to run 12 miles to burn off the calories. Manzana&Canela: Mini-cupcakes de Champagne y feliz Año Nuevo! 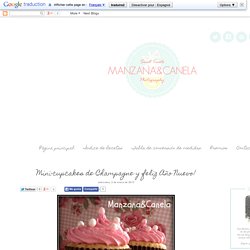 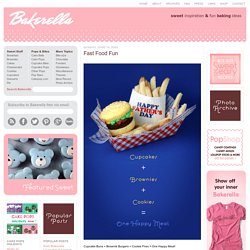 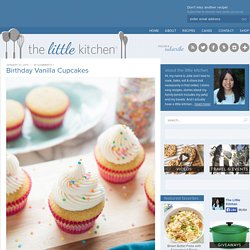 Charley, our 10-year old Shepherd mix was supposed to have surgery on his right hip yesterday but he’s been having back problems so the surgery is delayed. Tomorrow, he gets an MRI of his back and hopefully we’ll know more next week. I have been tense, stressed, doing a lot of crying and getting so worried. But Curtis and everyone else reminds me that I need to remain positive and deal with anything that comes along as it comes. Today, I took it a little easy that’s why this post is going up a little bit late. Someone once told me this way, you get what you want on your birthday! I worked through many iterations of this vanilla cupcake recipe and finally was happy with it. Most of the time when baking, I mix all of the dry ingredients together and set aside. 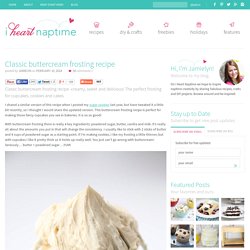 The perfect frosting for cupcakes, cookies and cakes. Lavender Cupcakes with Honey Frosting  These cupcakes are inspired by my favorite little ice cream shop in the Wallingford area of Seattle: Molly Moon's. 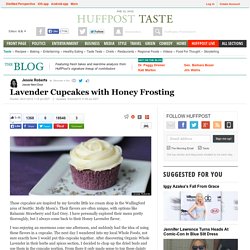 Their flavors are often unique, with options like Balsamic Strawberry and Earl Grey. I have personally explored their menu pretty thoroughly, but I always come back to their Honey Lavender flavor. I was enjoying an enormous cone one afternoon, and suddenly had the idea of using these flavors in a cupcake. The next day I wandered into my local Whole Foods, not sure exactly how I would put this cupcake together. After discovering Organic Whole Lavender in their herbs and spices section, I decided to chop up the dried buds and use them in the cupcake portion. Coconut Cupcakes with Coconut Frosting. I love coconut. 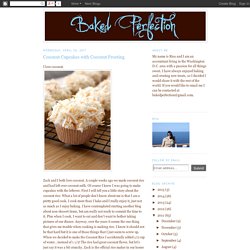 Zack and I both love coconut. A couple weeks ago we made coconut rice and had left over coconut milk. Sugar and Spice Cupcakes. Sugar and spice and everything nice, that’s what little girls are made of. 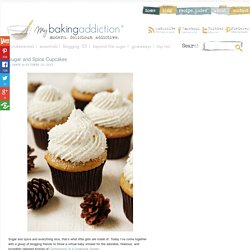 Today I’ve come together with a group of blogging friends to throw a virtual baby shower for the adorable, hilarious, and incredibly talented Kristan of Confessions of a Cookbook Queen. If you follow Kristan’s blog, you might be aware of the fact she’s expecting baby Lucy in the near future. Kristan and her cutie patootie son, Jon David, have been keeping us updated with their awesome pregnancy pics which have proven that Kristan is pretty much the cutest pregnant mom in the entire world. There are so many things that I simply adore about Kristan – her humor and mad baking skills definitely rank at the top of the list, but she’s also an incredibly awesome mom. And I honestly could not be more thrilled that she’s going to have beautiful baby girl to share her love of cupcakes, glitter and the color pink with.

Sugar and Spice Cupcakes are simple, yet incredibly perfect for so many occasions. Black Forest Cupcakes - JavaCupcake. Black Tie Cupcakes. Can you tell that I am going through a bit of a cupcake phase? 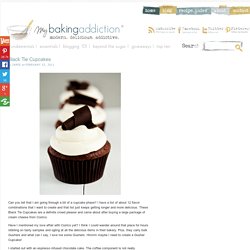 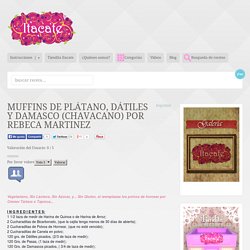 Coffee Cake Cupcakes - Individual Cakes For Breakfast. Looking for an excuse to eat cake for breakfast? Look no further! My Coffee Cake Cupcakes are here to make sure you wake up on the right side of the bed. How could you possibly have a bad morning knowing that your own miniature coffee cake is waiting in the kitchen, a perfect compliment to your morning cup of joe? Bacon Love cupcakes, espolvoreados con chile chipotle en polvo por Laura Corcorran. Neapolitan Cupcakes. Here is a classic ice cream flavor turned cupcake and you’re going to love them! They are soft as clouds and layered with three irresistible flavors. A milk chocolate like cupcake, a vanilla bean cupcake and a fresh strawberry frosting. I just couldn’t get enough of them! Because of these I know I’ve found a new obsession – layered cupcakes. As if I needed another food to be crazy about, but honestly there’s just no way I could resist these.

Yes these take a bit more effort than a traditional cupcake since you have to make two batters, but it is well worth it. Ice cream flavor turned cupcake, yes you need these in your life, don’t you think? Ingredients. Food Wanderings in Asia: EASY PEASY COCONUT MACAROONS. One might easily confuse and think that the French macarons and the chewy shredded coconut macaroons are one and the same but these are actually two distinctly different sweet treats.

The French macaron that has a crunchy, smooth domed top with a soft interior that is slightly chewy and melts in your mouth. It is a meringue made from egg whites beaten with some granulated sugar and folded with almond flour and filled with either buttercream, fruit spread or ganache. On the other hand, coconut macaroons refer to moist, dense, sweet coconut confections made from condensed milk or egg whites with sugar and shredded dried coconut. French macarons are tricky to make and demand a lot of work to get it perfect while the coconut macaroons are super easy to make with only 4 ingredients that can be boiled down to 4 simple steps. Coca-Cola Cupcake With Salted Peanut Butter Frosting Recipe. Esferas 7 por Nora Reyes. Intro: Muchas veces he pensado, que ademas de tener un poquito de paciencia para hacer las cosas, tiene mucho que ver los moldes, duyas, utensilios, etc para tener la mitad del camino ganado estas esferas no son la excepción, el truco ?

El molde, un poco de chocolate y listo. Cupcakes de Esferas de Navidad DIY Alejandra Coghlan. Strawberry Lemonade Cheesecake Cupcakes. I’ve been meaning to post a strawberry, raspberry or blueberry lemonade probably for the last two or three months.  Gabriela, clavo y canela: Cupcakes Viva México. Ideas para decorar los cupcakes. Adventures in Cupcakes. When I bought myself the Martha Stewart Cupcakes book, I fell head over heals in love with the picture of hummingbird cupcakes. These girls were beautiful and I knew that I had to have them right away. For months I kept trying to find just the right occasion to make these cupcakes but can you believe, it took me almost a year to actually make them?!?

Sure, I could have made them for any old occasion, but I really felt like these beauties had to be brought out at the perfect time and place. Inside-Out Carrot Cupcakes. Recipe: Pineapple Upside-Down Cupcakes. Our contributor, Lauren of Crave. Indulge. Satisfy., is back with a delicious new recipe…. Sweet pineapple, brown sugar, butter and a cherry center are the star ingredients of one of my favorite traditional summer cakes, Pineapple Upside-Down. Today I’m re-inventing this cake as a mini version. Typically when I think of Pineapple Upside-Down Cake I think of pineapple rings with a cherry in the middle, which is beautiful when baking a large cake. What makes the Pineapple Upside-Down cake so special is the pairing of the pineapple with melted butter and brown sugar to create a gooey golden topping when these cakes are baked and turned over.