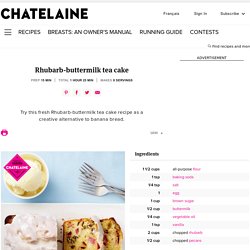 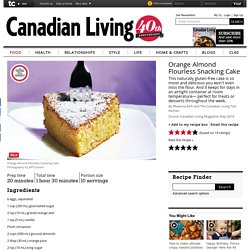 Set aside. In large bowl and using hand mixer, beat together egg yolks, sugar, orange zest, vanilla and cinnamon until butter-coloured and thick enough to form long ribbons that hold their shape for 2 seconds when beaters are lifted, about 5 minutes. Fold in almonds and orange juice. In separate bowl, beat egg whites until stiff peaks form. Stir one-quarter into egg yolk mixture until combined. Bake in 350 F (180 C) oven until cake pulls away from side of pan and top is golden and firm to the touch, about 35 minutes.

Transfer cake to rack; let cool completely. Tips from The Test Kitchen: • Many flourless cakes sink a bit in the middle, so don't worry if that happens—it won't impact the taste. • The icing sugar will dissolve as it stands on the moist cake, so dust it over top just before serving. Grease 9-inch (2.5 L) springform pan;line bottom with parchment paper. Wiener Mokkatorte Rezept. Haselnuss-Sahnetorte Rezept. Mokka-torte. S Cran & Apple Cinnamon Cheesecake Squares. The easiest cheesecake you'll ever make. 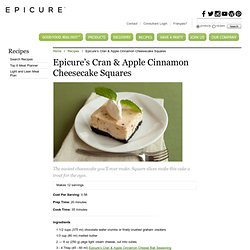 Square slices make this cake a treat for the eyes. Cost Per Serving: 0.58. Pumpkin Cake with Cinnamon Cream Cheese Frosting. Share on Pinterest. 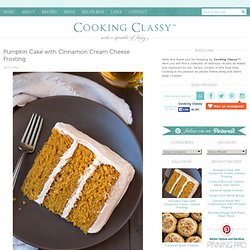 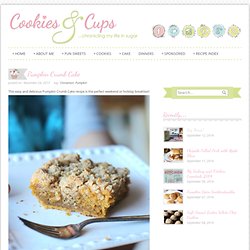 So this is a special event post you guys. It will be the final pumpkin post of the season. Shall we have a moment of silence? Ok, now that we have that out of the way. Snickers Peanut Butter Brownie Ice Cream Cake. Banana Split Icebox Cake. Mexican Fried Ice Cream. Summer has officially begun in my book. 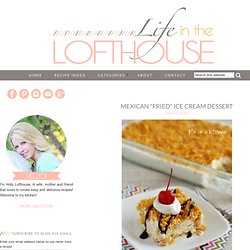 We were soaring high in 106 degree temperatures over the weekend, so I thought I was going to die of heat stroke…. or sweat to death. Looks like we’ll be spending a lot more time at the lake this year With all the heat, I thought an ice cream treat was in order. Luckily, I had all the ingredients to make this amazing Fried Ice Cream Dessert. Mother Thyme. Not-Fried Ice Cream Cake Recipe.

Recipes: Tee Time Cake (Dessert) This photo originally appeared in FamilyFun Magazine Dad will drop his driver and grab a fork when you present him with this well-manicured golf course cake. 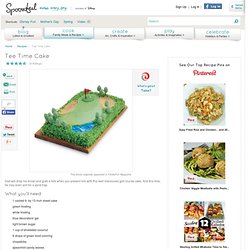 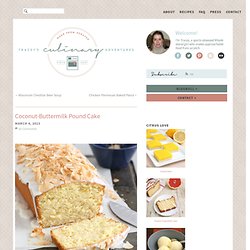 It’s not chocolate, peanut butter or salted caramel, though they’re all certainly somewhere in my top 10 as well. No, it’s buttermilk, and I am completely obsessed with it lately! Whether it’s used in biscuits, pancakes, bread, or cake, I love the slight tanginess it lends. It’s thick and rich and adds a lot of flavor without a ton of fat (despite its name, there’s no butter in it). Oh, and possibly my very favorite thing about buttermilk? Epicure's Luscious Lemon Loaf. Cost Per Serving: 0.33. 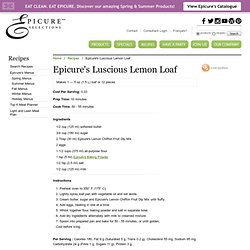 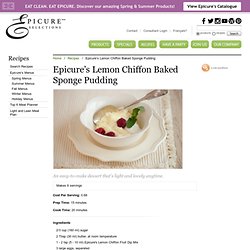 Cost Per Serving: 0.68. Chocolate Pumpkin Cake. Cranberry Crumb Bars. Pumpkin Bread with Pumpkin Buttercream. I make a lot of pumpkin bread in the fall and winter, and wanted to try out a new recipe. So I decided to try the Pumpkin Loaf from Great Coffee Cakes, Sticky Buns, Muffins & More by Carole Walter (I made a few small changes, noted in the recipe below). It’s a great basic pumpkin bread recipe–the loaf rises nicely and has a great texture and taste. Dark Chocolate Espresso Pumpkin Bread. Sounds amazing right? Well it is!! I almost couldn’t bring myself to bake it because the batter was so good. Yes, I know I shouldn’t eat raw eggs, but I just can’t help myself lol. Climbing Grier Mountain » foodie fridays: pumpkin brownies with brown sugar icing & candied pecans. Foodie fridays: pumpkin brownies with brown sugar icing & candied pecans I am sucker for a decadent chocolaty, gooey brownie.

Come to think about it, there’s not much I wouldn’t do to consume a brownie – walk over hot coals, chug a gallon of milk (<—-which I hear is really hard to do!) , have a pie thrown at my face, or streak through the ol’ neighborhood. That last one could get real awkward. When it comes to dessert, I am on Team Brownie.

Sorry, loyal cake and cupcake groupies, there’s only one rock star dessert poster in my room and that is of Sir Brownie. Blackberry Skillet Cake Recipe. Blackberry-Oat Bran Muffins Recipe. Layered Nanaimo Bar Cheesecake recipe at Kraftcanada. Guest Post: Peanut Butter Cup Brownie Bottom Cheesecake. Happy day after National Peanut Butter Day! In retrospect, I should have shared this post yesterday but it wasn't until it was too late that we realized this day even existed. How in the world my peanut butter loving husband missed the "celebration" of his favorite food beats me!

Regardless, here's a recipe in honor of that special day. It's a guest post by my husband and there's both photo documentation and me vouching for the fact that he indeed made this cake ALL BY HIMSELF. Yes, even the decoration of the cake! Upside-down rhubarb cake. Preparation time: 20 minutes Baking Time: 40 minutes. Rhubarb Meringue Torte Recipe. FOR THE BASE 3 eggs Juice and zest of 1 small lemon 125 g (½ cup/4½ oz) butter, softened 115 g (½ cup/4 oz) caster (superfine) sugar 40 g (⅓ cup/1½ oz) cornflour (cornstarch) 155 g (1¼ cups/5½ oz) plain (all-purpose) flour 1 teaspoon baking powder ½ teaspoon ground cinnamon.

Raspberry Marzipan Coffee Cake Recipe. Cherry-Chocolate Coffee Cake Recipe : Food Network Kitchens. Cranberry Orange & Pecan Coffee Cake. Spiked Eggnog Bundt Cake with Bourbon Glaze. Weekend Dessert Recipe: Frozen Chocolate Oreo Ice Cream Cake Recipes from The Kitchn. Smores Coffee and Fudge Ice Cream Cake Recipe at Epicurious.com. Photo by David Bishop. Brownie Ice Cream Cake. Banana Cake with Coffee (Mocha) Icing. Caramelized Banana Bread with Browned Butter Glaze. At some point, there were no more tears to be shed. Polly wasn’t sure when it happened exactly but she caught herself mid-laugh and clapped a hand over her mouth. Her friend Anna smiled from her place on the floor. They were sitting cross-legged across from each other, the tin of swiped bread between them, the two forks sticking out of it like a pair of rogue antenna.