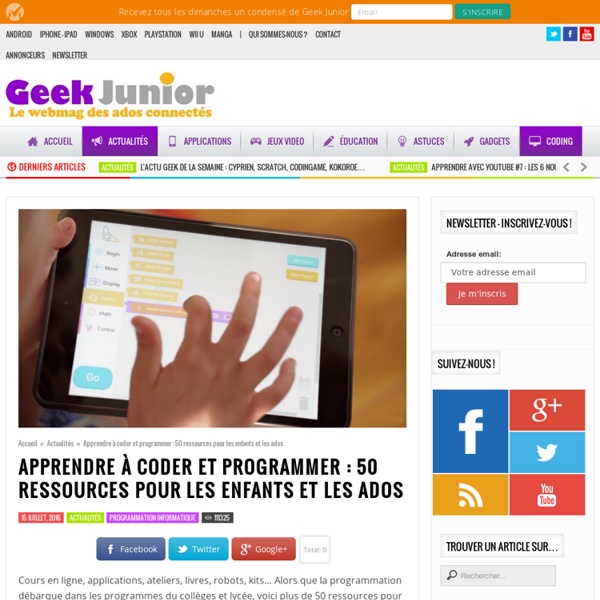 Elementary - NEW! WeDo 2.0 Make science come to life Your second- through fourth-graders can gain a deeper insight into science when you use WeDo 2.0 to create engaging, high impact lessons. The hands-on tools encourage pupils to get involved in science exploration by asking questions, analyzing data and communicating their findings, while the curriculum pack covers real science practices linked to the Next Generation Science Standards, including gathering evidence, carrying out investigations and designing prototypes. The core set comes with a programmable Smarthub, motor, two sensors and 280 building elements, plus software which includes one Get Started Project, delivering an introductory experience to the resource.

coding The children have been very interested in maps lately; they create them at our writing table and use them in their dramatic play, refer to printed maps during outside time as they run and ride around on the tricycles, and talk about hiding treasure in our classroom and creating maps to help others find it. They are curious about places in our school and the hallways we need to take to get there. As I reflected upon their genuine interest in location and maps, I thought it was the perfect time to introduce them to coding.

ScratchX What is ScratchX? ScratchX is a platform that enables people to test experimental functionality built by developers for the visual programming language Scratch. What's the difference between Scratch and ScratchX? kidsCODEjeunesse Kids Code Jeunesse offers a range of workshops designed to meet any educator’s level of experience and enthusiasm. For educators who aren’t quite sure what code even is, or whether it’s something they would like to try out in a classroom, we offer free two-hour introductory activities that require no experience and few resources.These tutorials have been designed to build confidence and transfer skills from the classroom to the coding environment. If you’ve learned to read, write, do basic math, organize a routine and solve puzzles, you probably already know more about code than you realize!

Getting Started Checklist To use the gogoboard, you should have the following things ready. A GoGo Board together with a USB cable. Batteries or power adapter if using motors. 10 Reasons Kids Should Learn to Code When it comes to preparing your children for the future, there are few better ways to do so than to help them learn to code! Coding helps kids develop academic skills, build qualities like perseverance and organization, and gain valuable 21st century skills that can even translate into a career. From the Tynker blog, here are the top 10 reasons kids should learn to code: Coding Improves Academic Performance Math: Coding helps kids visualize abstract concepts, lets them apply math to real-world situations, and makes math fun and creative!Writing: Kids who code understand the value of concision and planning, which results in better writing skills.

scripting:introduction [Physion] Physion scripting is based on the ECMAScript scripting language, as defined in standard ECMA-262. Microsoft's JScript, and Netscape's JavaScript are also based on the ECMAScript standard. For an overview of ECMAScript, see Qt's ECMAScript reference. 11 apps for coding: From beginners to masters By Meris Stansbury, Associate Editor @eSN_Meris Read more by Meris Stansbury January 17th, 2014 Coding, the hottest skill coming down the education pipeline, is also a mobile app star As students begin to not only use technology, but create it’s functionality, a recent explosion in coding resources have hit the web, providing coding apps ranging from introductions for beginners and middle-schoolers to more technical resources aimed at the tech-savvy. From learning the basics of coding by making a dinosaur dance to more intermediate coding that requires working knowledge of HTML, and from a multiplayer robot combat game to app design, these programming apps provide an array of options for students, teachers and parents to become acquainted with one of the hottest subjects making the education rounds. And be sure to check out the last page for our bonus: 4 web-based coding resources and games.

scripting:tutorials:hello_world [Physion] Introduction This the classic “Hello World” example. Create a new file (or scene if you prefer) This is done through the app object: app.newFile(); Programming options for kids Cult of Mac has an item about a six-year-old girl named Lim Xin Mei (above) who is learning computer programming. The article says she was using Applesoft BASIC on an old Apple II GS. Later she started using a Power Mac 7200 running an Apple II GS emulator. My 8-year-old daughter likes to write games using Scratch, but I think I should introduce her to a text-based programming language. I thought BASIC would be good language to start with, but then I realized I just wanted to do that because that's how I started programming decades ago.