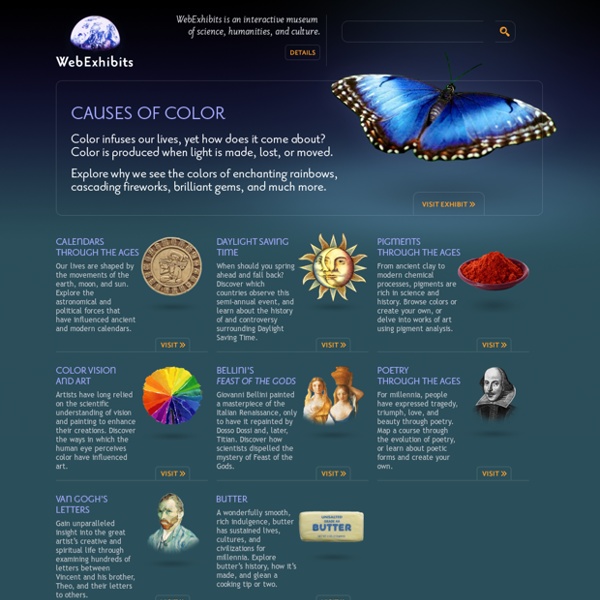 Future - Welcome to a home for the insatiably curious What is BBC Future? Well, for starters we are about so much more than making predictions. Our mission statement is simple: Anti Joke What are Antijokes? Anti Jokes (or Anti Humor) is a type of comedy in which the uses is set up to expect a typical joke setup however the joke ends with such anticlimax that it becomes funny in its own right. The lack of punchline is the punchline. We’ve just released huge update to the iOS app! Now, access all your favorite text and photo sites like Anti-Joke, DIYLOL! Victor Enrich Creates Playful And Surreal Architecture Fictions A few weeks back we posted about Filip Dujardin’s digitally manipulated buildings, which gave buildings found in and around Ghent, Belgium an Escherian spin. And since then we’ve come across another photographer, Victor Enrich, who likes to bend reality by turning architecture into surreal playgrounds by forming buildings that, while fiction, are sometimes reminiscent of Frank Gehry‘s iconic, if controversial, designs. Where Filip Dujardin’s manipulations were subtle and implausible in their re-imaginings, the images below are far more outlandish. Buildings are bent over like a concertina or plonked down on the beach, stairways lead off into the sky, high-rise apartments have grown bull horns, and houses are completely tipped over with roofs sitting at ground level.

ABOUT US Hi there! So here’s our story…. This is how it all started… From Newspapers, Magazines, Journals, Books to Websites, Blogs, Twitter Profiles and Quota accounts, we, just like the other youngsters, were attracted to the process of information assimilation and drawing conclusions based on those pieces of information. But, what was the impact of that consumption?

Soda Machine Hack Most modern vending machines have little computers inside. A tiny screen usually displays some information. Although relatively little known, pressing a certain combinations of buttons can control the settings. Sweet Station Zemer Peled Peled was born and raised in a Kibbutz in the northern part of Israel. After completing a BA (Hons) at the Bezalel Academy of Art and Design in Jerusalem she graduated with an MA (Hons) from the Royal College of Art. In recent years her work has been featured nationally and internationally in museums and galleries including Sotheby’s and Saatchi Gallery-London, Eretz Israel Museum-Tel Aviv and the Orangerie du Senate, Paris among others. Zemer Peled’s work examines the beauty and brutality of the natural world. Her sculptural language is formed by her surrounding landscapes and nature, engaging with themes of nature and memories, identity and place.

Fine art Fine art, from the 17th century on, has meant art forms developed primarily for aesthetics, distinguishing them from applied arts that also have to serve some practical function. Historically, the 5 main fine arts were painting, sculpture, architecture, music and poetry, with performing arts including theater and dance.[1] Today, the fine arts commonly include additional forms, such as film, photography, conceptual art, and printmaking. However, in some institutes of learning or in museums, fine art and frequently the term fine arts (pl.) as well, are associated exclusively with visual art forms.[citation needed] The word "fine" does not so much denote the quality of the artwork in question, but the purity of the discipline.

How to Draw Ears For a video version of this tutorial visit www.proko.com/how-to-draw-ears-anatomy-and-structure In this tutorial I will go over the parts of the ear and suggest an easy way to remember all these complex shapes. At the end, I will show a step by step of an ear drawing. Basic Forms The simplified volume of the ear is very much like a megaphone.

Did you disagree on some point I made ? I hope you didn't take my color sound research too literally . It is more of an art project and a brain research project not to be taken too literally . by mirlen101 Feb 25

I'm not sure anyone can control the internet at this point or in the future . They can control some of it but people will always be able to find ways around . Chaos before control so chaos always wins or at least is one step ahead ;-) There is more misinformation then true info on the internet for sure . Truth is somewhat in the eye of the beholder though ;-) I'm not sure if you can find the original pearler of a particular pearl , only the pearl>trees of individuals . I'm not sure why you would want to. Unless you thought that that pearler had more related info . Better then to just take the title and do a pearltree search for the subject and who has pearled that subject . It would give you everyone that has that pearl . But not the first one to have the pearl . by mirlen101 Feb 25

@mirlen101. Very interesting points you raise here. I think this is the strength of the interent as well as it's greatest weakness - the lack of scrutiny and control over information - it will be interesting to see in the coming decades what censorship policies governments will attempt to bring in place and how the people will react to it. By the way do you know how to tell who the original pearler of a pearl was/is.?? by spiritknowledge Feb 25

The colored music aspect was one main point of my research . I was hoping to get a general view of how people who experience this associate color and sound ( musical notes ) I have diagrams I made from years of research ( mine and others .) Not based on Synesthesia but on matching the audio spectrum with the color spectrum . It is a general alignment though . It can't be done to a perfect alignment because they are not totally the same , only similar . You may have noticed the unfinished work ( diagrams ) @ > by mirlen101 Feb 21

Yes I'm a conceptual thinker . I read between the lines to get to the heart of the issue . Always looking for the unbeaten path ;-) It's not really about where you get the info as much as what you get out of it ;-) The color sound research is partly about interconnection and also about how some people become geniuses by using different paths into the memory , mind . A lot of them through visual means . Like associating objects with numbers in math . Color with musical notes etc... by mirlen101 Feb 20

On the other hand reading an actual book is easier on the eyes so you can get more into it. Haven't tried a Kindle though ;-) by mirlen101 Feb 20

I use multiple sources to get the big picture . If I had to go back to depending on just books I think I would be deficient . The web enables quick instant access to important information that a book can't provide ( unless you live in a library ;-) which still is not up to date info . by mirlen101 Feb 20

@cybermyth I would suspect it is truer of women than men . Men are more visual learners .Women are more word orientated . Research suggests both women an men learn more by visual means though . I think one deciding factor also is when one chooses to read something online it is more likely to be untrue or inaccurate as apposed to a book which is more scrutinized . I find that most people choose the worst sources of information online . They tend to choose what they want to hear rather than what is true . A lot tend to gravitate towards political propaganda or religious slanted media . You can see this very clearly in the forwarded e-mails that is the norm . About 99% of which is propaganda or at least misguided info ( excluding spam of course ;-) by mirlen101 Feb 20

@cybermyth It is like a giant synapse , neural system . A mind map . The future of the web is more visual less word based. People learn visually more than any other method. by mirlen101 Feb 20

You're more than free to take it all if you want. Just know that your kleptomania will be made public. ;D by adenai Feb 19