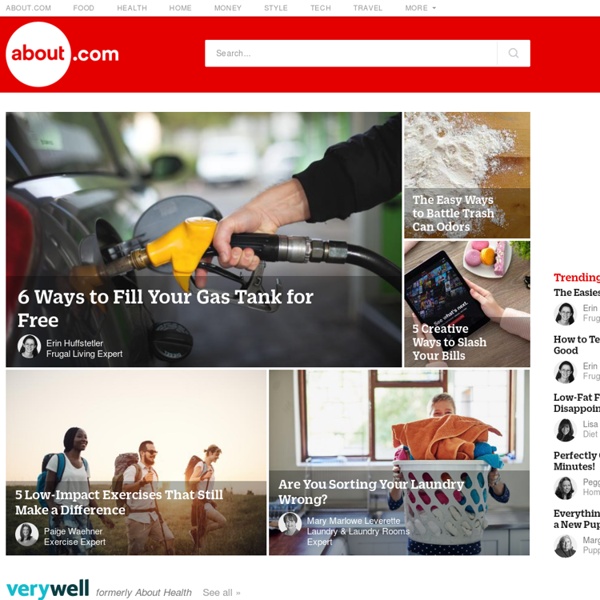 Managing Yourself: A Smarter Way to Network One of the happiest, most successful executives we know is a woman named Deb. She works at a major technology company and runs a global business unit that has more than 7,000 employees. When you ask her how she rose to the top and why she enjoys her job, her answer is simple: people. She points to her boss, the CEO, a mentor who “always has her back”; Steve, the head of a complementary business, with whom she has monthly brainstorming lunches and occasional gripe sessions; and Tom, a protégé to whom she has delegated responsibility for a large portion of her division. This is Deb’s social network (the real-world kind, not the virtual kind), and it has helped her career a lot. “My current role is really a product of a relationship I formed over a decade ago that came back to me at the right time,” she explains. Over the past 15 years, we’ve worked with many executives like Deb, at more than 300 companies. The old adage “It’s not what you know, it’s who you know” is true.

Favorite Quotes Here you can browse the collection of best quotes I’ve been gathering for more than a decade (current total of over 500). There’s also a downloadable CSV file (58 KB) available. For a selection of the best famous quotes, check ’60 Selected Best Famous Quotes’, Part I and Part II.If you’re interested in starting your own quote collection, check ‘5 Reasons to Collect Favorite Quotes‘. The third-rate mind is only happy when it is thinking with the majority. The second-rate mind is only happy when it is thinking with the minority. The first-rate mind is only happy when it is thinking. A. History teaches us that men and nations behave wisely once they have exhausted all other alternatives. Abba Eban How many legs does a dog have, if you call the tail a leg? Abraham Lincoln Nearly all men can stand adversity, but if you want to test a man’s character, give him power. When I do good, I feel good; when I do bad, I feel bad, and that is my religion. Abraham Maslow Adlai E. Adolf Hitler African proverb B.

How A Startup Named Hipster Got 10K Signups In Two Days, Without Revealing What It Does By now you might be familiar with the startup with the funny name, as its very existence made news outlets as diverse as the Washington Post, Portfolio.com and Hipster Runoff. And while Hipster CEO Doug Ludlow still refuses on the record to say what the site is about, at this point we’ve heard the words Yelp, Quora and location-based Q&A site being tossed around by sundry reporters, savvy Googlers and one ambitious tipster who sent us an in-depth analysis of its Javascript. But just like the hipster tribe themselves, what Hipster does is besides the point (at least at the moment). What’s more interesting is the fact that a total of 14K people have already signed up with little information about the site’s purpose, the first 10K in two days after marketing launch. How did Ludlow do it? Aol’s Ben Roodman (ID #63) fell for it and tweeted out his invite link with a the hilarious, “I tell people I’m too fat to be a hipster but you can apply here:

Seven Speaking Tips That Beat “Pretend Your Audience Is Naked" Aggh. Everyone showed up clothed! Once upon a time, I suffered from glossophobia. This affliction touches billions. I conquered it by discovering what makes people smile, nod, and listen carefully, because nothing calms you down faster than an interested audience. This is what I've learned. Children plea for them at night, and adults crave them, too. They want to be respected. This principle also underlies another rule of effective speaking: Dress like your audience, but just a little bit better." {*style:<i>Don't try to impress them. </i>*} If you truly want to help your listeners--by informing or motivating them, or improving their lives--they will care and listen. This recalls a favorite tip: We mistrust people who won't look us in the eyes--even if our eyes are among over 200 sets in a room. If you look each person in the eye for a few seconds, you make each person feel important--a feeling that every person craves. For this reason, minimize visual aids. . .

Fun With Words: Glossary of Linguistics and Rhetoric ablaut a vowel change that accompanies a change in grammatical function. Same as "gradation." accidence the part of morphology that deals with the inflections of words. accismus pretended refusal of something desired. acrolect a variety of language that is closest to a standard main language, especially in an area where a creole is also spoken. adianoeta an expression that carries both an obvious meaning and a second, subtler meaning. adnominal characteristic of an adnoun. adnominatio assigning to a proper name its literal or homophonic meaning; also, paronomasia or polyptoton. adnoun the use of an adjective as a noun. adynaton a declaration of impossibility, usually expressed as an exaggerated comparison with a more obvious impossibility. alexia inability to read, usually caused by brain lesions; word blindness. alliteration repetition of the same sound beginning several words placed close together, usually adjacent. alphabetism the expression of spoken sounds by an alphabet. ambigram amelioration

Ten Rules for Web Startups #1: Be NarrowFocus on the smallest possible problem you could solve that would potentially be useful. Most companies start out trying to do too many things, which makes life difficult and turns you into a me-too. Focusing on a small niche has so many advantages: With much less work, you can be the best at what you do. Small things, like a microscopic world, almost always turn out to be bigger than you think when you zoom in. You can much more easily position and market yourself when more focused. #2: Be DifferentIdeas are in the air. #3: Be CasualWe're moving into what I call the era of the "Casual Web" (and casual content creation). #4: Be PickyAnother perennial business rule, and it applies to everything you do: features, employees, investors, partners, press opportunities. #5: Be User-CentricUser experience is everything. #6: Be Self-CenteredGreat products almost always come from someone scratching their own itch. #7: Be GreedyIt's always good to have options. #11 (bonus!)

File Sharing Following the death of Napster, all of the file sharing networks that rose to main-stream popularity were decentralized. The most popular networks include Gnutella (which powers Limewire, BearShare, and Morpheus) and FastTrack (which powers KaZaA and Grokster). The decentralization provides legal protection for the companies that distribute the software, since they do not have to run any component of the network themselves: once you get the software, you become part of the network, and the network could survive even if the parent company disappears. All of these networks operate as a web or mesh of neighboring node connections. Your node connects to a few other nodes in the network, and those nodes connect to a few other nodes, which in turn connect to a few other nodes, and so on. This layout is similar to a real-life social network: you know people, and those people know other people, who in turn know other people, and so on. Notice the "My Address" portion of these responses.

Guide to dishwasher machines and septic systems InspectAPedia tolerates no conflicts of interest. We have no relationship with advertisers, products, or services discussed at this website. Residential dishwashing machines and their possible effects on septic systems are explained in this article. Will the discharge from a home dishwashing machine into a private septic system harm the septic tank or drainfields? Green links show where you are. © Copyright 2014 InspectApedia.com, All Rights Reserved. A Guide to Home DISHWASHER Machines - and Septic Systems Does a dishwasher water volume overload and harm the septic system? The volume of water from home dishwashing machine use should not be a problem with a normal septic system in good working order. However as we discussed at "Washing Machines", in some conditions you should avoid emptying dishwasher discharge into the septic system: Dishwasher & Laundry Detergents Containing Phosphates & Surfactants May Contaminate the Environment According to Cliff Davies, a U.S. But Mr. Reply: More Reading

- This is going to be BIG! - Startup Recruiting Hacks Yesterday, First Round had its annual CEO Summit. One of the cool things about being a fund that works with so many early stage companies is that bringing the whole portfolio together in one place results in a lot of collaborative learning opportunities. One of the topics that was discussed in a breakout session was recruiting. From what I've seen, most companies simply don't get enough people in the top of the funnel. Actually, startups tend to drop the ball on recruiting the same way they mess up in PR. These are some tips focused on getting as many relevant people in the top of the funnel as possible--the most challenging thing for a growing company long on expansion plans but short on time, brand awareness, and extra money to spend on recruiters. Events Events are the single easiest way to get a bunch of hiring leads in and to inform them about what you're up to. Social Media Content from your Employees Want to find a whole bunch of Ruby devs in a hurry? The Meetup Ground War Contests

Lesson 1186 Yes, it's only September 30th today, but I figured you should get at least a day to plan for Sages' Day, right? Years ago in college, I was abroad for April Fools' Day, so I belatedly celebrated it with October Fools' Day by kidnapping a friend's guinea pig and taking pictures with it in a casserole dish as I held a knife over it and placed it in a microwave. I wish I'd gone for Sages' Day, now, though. Two quick notes: major thanks to everyone who helped transcribe all the past STW! Also, do you live in Minnesota?