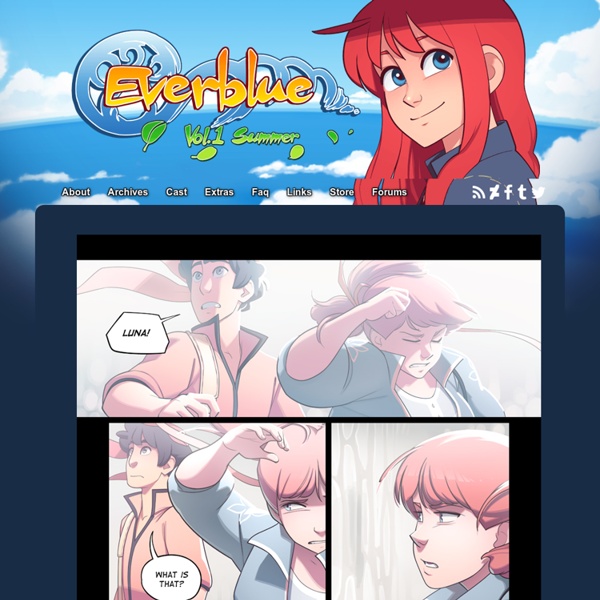 Author's Comment Done! Sorry about the wait. I'm still job hunting at the moment >_> Thanks for all the vote incentive suggestions last time. I've picked five and I've already got some of them finished :3.

Anti Joke What are Antijokes? Anti Jokes (or Anti Humor) is a type of comedy in which the uses is set up to expect a typical joke setup however the joke ends with such anticlimax that it becomes funny in its own right. The lack of punchline is the punchline. We’ve just released huge update to the iOS app! Chester 5000 XYV Friday — April 15th, 2016 Chester 5000 Valentines! February 13th, 2016 I made some Chester valentines for you! Rainbow in the Dark by Comfort Love and Adam Withers Rainbow in the Dark news and more from Comfort and Adam's Blog # Rainbow: Reviews and Where to Buy! Wed, 19 Mar 2014 19:32:43 GMT Rainbow in the Dark: The Complete Saga is available at... If you dig the book please leave your a review! ...or you can read one of the many other reviews we've gotten for Rainbow in the Dark from...

faith erin hicks' webpage » ICE Ice is an online comic originally serialized on Modern Tales, but now it is free for your reading pleasure. Ice is about a future England where some climate catastrophe has occurred and it is always Winter. In the midst of this bleak setting Hunter and her boyfriend Cirr struggle to survive, their lives made even more dangerous when they come into possession of something that may be the solution to England’s energy crisis … an item others are willing to kill for.WARNING: this comic is rated R for swearing, nudity and mature themes. It is not recommended for anyone under the age of 14. Dark Wings - You Can't Reach Heaven on Broken Wings Being the immensely wise, sensible person that I am, when I wanted to update the look of this site, I upgraded to the latest version of Comicpress so that everything would be up-to-date, compatible, and continue to run smoothly. I mean, that’s the wise, sensible thing right? Haha. Well, I’m in over my head, and while I’ve managed the bulk of the customisations and migration of archives, there are still some major kinks to work out.

Miegakure: A puzzle-platforming game in four dimensions Miegakure is a platform game where you navigate a four-dimensional world to perform miraculous feats and solve puzzles. Miegakure is a puzzle-platforming game that lets you explore and interact with a four-dimensional world. The fourth dimension in this game works just like the first three: it is a mathematical generalization. Your ability to move in the fourth dimensions in addition to the usual three allows you to perform miraculous feats like seeing inside closed buildings, walking through walls, stealing objects from closed containers, binding two separate rings without breaking them, etc... These actual consequences of the mathematical formulation of 4D space have been thought about for more than a century (in the 1884 novella Flatland for example) but it is the first time anyone can actually perform them, thanks to the video game medium. Our world is three-dimensional: width, depth, and height.

Clue Coming Soon - Stay tuned for a BIG announcement about an awesome project Jorge is working on! PHD Store - Our store was down for a while, but now it is back! Free excerpt from The PHD Movie 2! Unsounded September 23, 2016, at 12:00 AM With these two NSFW pages and a Ch12 preview, that's a wrap for chapter 11! Unsounded's been going since July of 2010.

Escher for Real The work of M.C. Escher needs no introduction. We have all learned to appreciate the impossibilities that this master of illusion's artwork presents to the layman's eye. Nevertheless, it may come as a surprise for some, but many of the so-called 'impossible' drawings of M. C. Red's Planet Hi Redheads! As write this (typed on my phone, by the way, so please excuse any typos or grammatical horrors), I’m 30,000 ft in the air over the Pacific Ocean. Since my last post, I’ve had the crazy adventure of moving my family from Los Angeles back to Florida, starting a new job, and taking my first trip to Japan to visit the headquarters of the company I’ll be working with over the next year. So as you can imagine, there hasn’t been much time for comic work.

Everblue is a story about adventure, camaraderie and exploration in a world with an uncertain fate. In a world of endless ocean, a young shipwright named Luna meets an odd and cheerful drifter when he crashes his flying boat on her city's dock. When strange circumstances force Luna to leave her home, her once quiet life quickly takes a turn for the unpredictable. In an instant she is swept up in an adventure that will take her beyond the bounds of the charted world and into the Everblue, following the path of an ancient legend with the potential to change the world forever. Genre: Fantasy/Adventure Rating: Ages 13+ for Violence, Mild Language, and Suggestive Themes by brindill_e_webcomics Mar 4