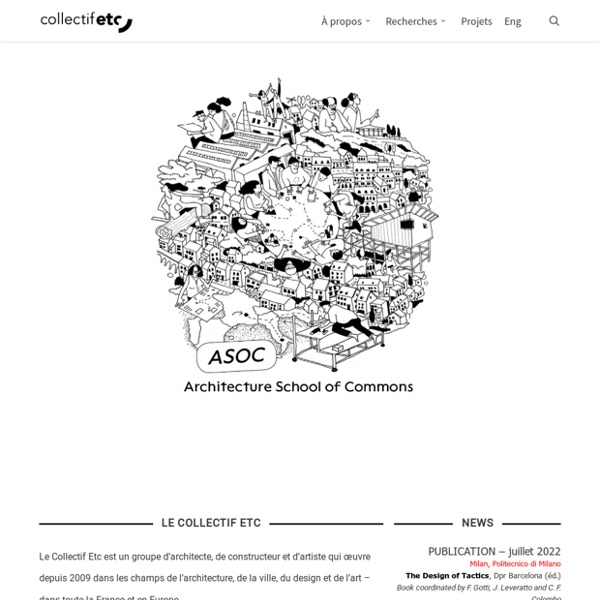 rotor Featured projects A Critical Look at Sustainable Architecture through 600 Objects The book Behind the Green Door is a richly illustrated critical portrait of the concrete consequences and paradoxes of sustainability as a dominating paradigm within architecture and urban planning(...) > more... Architecture and the Desire for Sustainability / Oslo Architecture Triennale 2013 Data Farming: Demonstrating the Benefits of Urban Agriculture [INFOGRAPHIC] Transforming underutilized land into productive urban farms was one of the many topics which were presented at the recent Kansas City Design Week. Jerome Chou, past Director of Programs at the Design Trust for Public Space, presented his unique experience with the implementation of the Five Boroughs Farm in New York City and the impact that urban agriculture can have on low-income areas of a city. Chou pointed out in his presentation that having the land available for an urban farm is only half of the battle. The other half involves changing local zoning laws, influencing political opinion, garnering economic support, and proving the project will have a net benefit to a community.

James Furzer to crowdfund sleeping pods for London homeless Architectural designer James Furzer has developed a modular homeless shelter that would hang off the sides of existing buildings, and launched a campaign on crowdfunding platform Indiegogo to finance a prototype. Called Homes for the Homeless, the project was devised by Furzer – an architectural technician for British firm Spatial Design Architects – to provide temporary shelter for some of the approximately 750 people who sleep on London's streets every night. The lightweight pods, each featuring a timber sleeping platform and fold-down seating, would be affixed to the external walls of existing buildings in the UK capital to create a series of overnight refuges. Furzer is asking members of the public to make donations via a page on the crowdfunding platform Indiegogo to help raise the £15,000 required to prototype the design. "Two thirds of rough sleepers say they have been insulted by a member of the public, and one in ten say they have been urinated on," he added.

Open E Land Open E Land is part of a worldwide movement working to transition to a sustainable, just, resilient social-economic model. Our name reflects our beliefs: Knowledge should be shared openly and not encumbered by patents or trade secrets. make projects happen 2008-2011 wonderland > about us About wonderland Wonderland - platform for european architecture is a Vienna / Austria based network for exchanging experiences, information and knowledge for young Europe-oriented architecture practices.Wonderland continuously initiates collaboration projects with international teams to foster inter-European exchange, organises Project Spaces, Blind Dates and symposia, conducts research on current challenges and approaches in the field of architecture as well as urban planning and shares results with members and the public by means of exhibitions and publications. Our network currently consits of Austrian, British, Croatian, Cypriot, Czech, Danish, Dutch, French, Germain, Greek, Hungarian, Icelandic, Italian, Romanian, Slovakian, Slovenian, Spanish, Turkish and Ukranian architecture teams. We plan on expanding our network and strengthening our presence in Europe.

TetraBox Light Liquid to Light Designer Ed Chew takes a green step in the right direction with the TetraBox lamp, a light object made from discarded drink packets that would have otherwise ended up in landfills already packed to the brim. The design is achieved by unfolding the packets and refolding them into hexagonal and pentagonal sections that are then pieced together to form a geodesic sphere or any other desired shape. Here, the Epcot-like ball makes an attractive overhead light and casts an impressive web of shadows and shapes on the surrounding space. Designer: Ed Chew

About « 2012Architecten From Superuse to Recyclicity 2012Architecten is a Rotterdam based architecture office that utilizes the contextual potential for design. A design is not considered as the beginning of a linear process but as a phase in a continuous cycle of creation and recreation, use and reuse. The latent properties of used materials and products offer an added value to new products and buildings. Our office views re-use as an integrated design strategy called ‘superuse’. The reuse concept applies to building materials as well as to energy supplies, human resources, water, traffic and food cycles. Build a Barn Greenhouse I have been dying to show you my Mother's Day present. For years and years and years, I've been wanting a greenhouse. Up here in Alaska, the only way you are going to eat cucumbers or tomatoes off the vine is to grow a greenhouse.