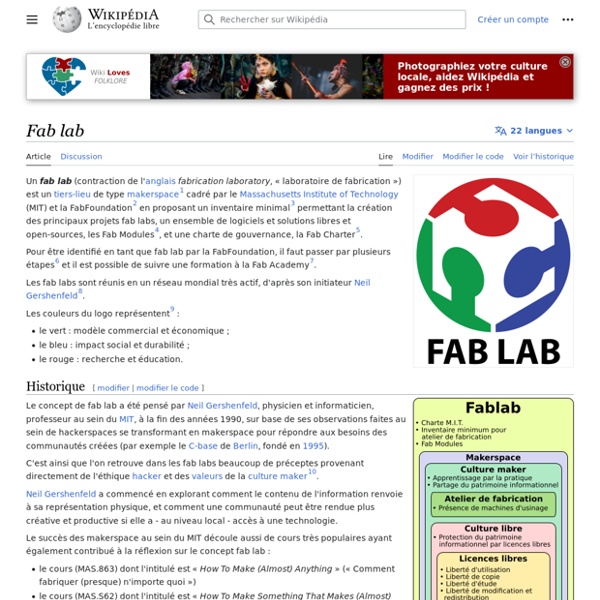 What happens when you turn a middle school library into a hackerspace? guest article by Thomas Maillioux above: David designs an animation for his LoL Shield with LoL Shield Theater Editor’s note: Several months ago I put a call out on this blog for a DIY electronics blogger, and I couldn’t believe how many funny, friendly, fantastically qualified people from all over the world responded. One such person was Thomas Maillioux, an unconventional librarian in France. He told me about his work to bring hackerspaces into the libraries of public schools in metro-Paris to teach kids about electronics, programming, design, and even 3D printing. Maker culture The maker culture is a contemporary culture or subculture representing a technology-based extension of DIY culture. Typical interests enjoyed by the maker culture include engineering-oriented pursuits such as electronics, robotics, 3-D printing, and the use of CNC tools, as well as more traditional activities such as metalworking, woodworking, and traditional arts and crafts. The subculture stresses new and unique applications of technologies, and encourages invention and prototyping.[1] There is a strong focus on using and learning practical skills and applying them creatively.

AbnormalActivity Histogram of optical flows (HOFs) are used at each local region in the video frame. Figure 2. Histogram of optical flows - Learning of motion patter For the price of a TV you can start a FabLab This Christmas season you could buy a loved one an HDTV, a low end MacBook, or a suite of tools that enable them to create anything they can imagine. MIT Media Lab professor Neil Gershenfeld coined the term “FabLabs” to describe such a set of customization manufacturing tools (CNC mills, 3D printers, etc.) that would theoretically enable people to make almost anything. His vision was that these labs could be deployed to the inner city or developing world helping people fashion appropriate technology.

Making my way to World Maker Faire 2012 Last year, I attended World Maker Faire in New York, coming back from a short trip to visit the SketchUp team in Boulder.After 2 days of great fun, I knew I was hooked. Over the week end, I had met new heroes and new friends, I had seen technology I only dreamt of until then, I had played with the best toys on earth, I had memories for ever. It was a great inspiration when formulating the concept idea for Le FabShop, the entrepreneur project I won with the Saint-Malo 2015 competition.Earlier this year, the prize money helped me fund my trip to the Hardware Innovation Workshop in Palo Alto, and to Maker Faire Bay Area, mother of all Maker Faires.

Making a 3D Game with OpenGL: Deferred shading and stuff  Lately OpenGL and C++ is pretty much the only thing I do for clients, mostly for installations and iPad apps. And that’s gowning pretty well. But as a creative code guy, I pretty much stayed in our own tech subculture. But when it comes to cutting edge graphic techniques, we can learn a lot from those other guys, the game developers. So one sunny afternoon, I decided to do just that and I started to make my own 3D game from scratch. I wanted to write a blog-post when it was finished. Digital badges could help measure 21st-century skills Government, industry launch nationwide call to innovators to create ‘digital badges’ that can verify digital skills By Meris Stansbury, Online Editor Read more by Meris Stansbury TopCoder, an adviser for the MacArthur Foundation’s competition, currently has a badge system for its community members that validates skills and competencies.

The Investors Who Want to Hear About your Open Hardware Startup Some are talking about a Hardware Renaissance, but not everyone agrees that it’s already here. Venture capitalists are still very shy with hardware companies: they know it requires money and a deep knowledge of the manufacturing and distribution process to make it work. Risks are still higher than with software. ”Investors have a deep-seated bias against hardware.”

How to write computer games: tips from Gamecamp 4 May 2011 What happens when you get a couple of hundred gamers and game creators in a room and ask them to dream up their own conference? Last weekend the fourth GameCamp took place in London, a so-called unconference event where attendees were encouraged to set their own agenda on the day.