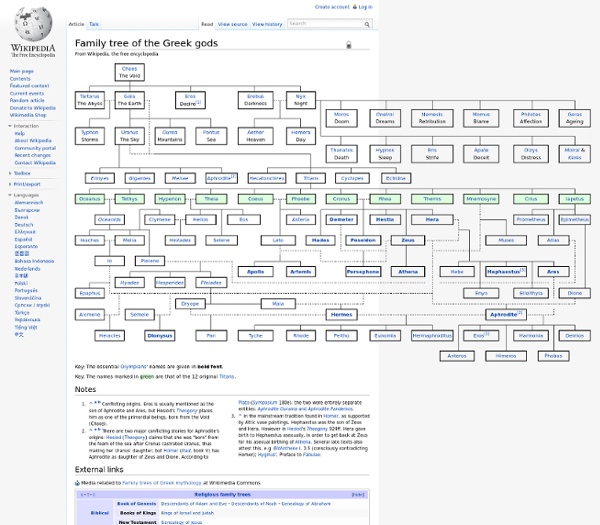 Maps ETC Homepage Welcome to ETC's collection of historic maps. Here you will find over 5,000 maps representing many different time periods. A friendly license allows teachers and students to use up to 25 maps in non-commercial school projects without further permission. All maps are available as GIF or JPEG files for screen display as well as in PDF for printing. 100 Amazing Web Tools for Hobbyist Scholars Art & Design A student attending a school of art and design must learn how to communicate ideas through visual language. They study contemporary and classic artists, and learn traditional and modern methods of creating art, covering media like paint, sculpture, textiles, or digital design.

Hittite/Hurrian Mythology The Hurrians occupied the land between the Hittites and Assyria, having descended from the mountains south of the Caspian Sea. They ruled the kingdom of Mitanni. In the late 15th century B.C. the Hittite empire's beginning is marked by an influx of Hurrian names into the royal family.

Seasons of the Witch "THIS PLANNER ROCKS!!!" -FB post "LOVE THE NEW PLANNER....was a little hesitant to order because I am so used to carrying mine with me everywhere....so I bought a tablet to put it on....lol....thanks so much for going electronic with it." -FB post "I LOVE THE DESKTOP VERSION and I have told all my witch friends to devour it! Who are the Happy Gods? Who are the happy gods?(if you are going to worship a god, it might as well be a happy one) Achelois (Greek goddess) Achelois means "she who drives away pain", and she was a Moon Goddess.

Ikea Science Fiction by Susana Polo | 11:53 am, May 9th, 2011 I could make some joke here about how Ikea directions always make me feel like I’m expected to build something that’s bigger on the inside, but I actually have never had that much trouble following Ikea directions THERE I SAID IT. Seriously, if you’ve ever put together some Lego sets, you already have all the experience you need. No, the problem I always seem to have is with the furniture where you have to pick up extra parts that aren’t expressly mentioned all over the boxes of the parts you already have, and I find that I’ve left a vital element of a bed, like the bits that hold up the mattress, at the warehouse. And then I sleep on the couch.

Folktexts: A library of folktales, folklore, fairy tales, and mythology, page 1 page 1 edited and/or translated by D. L. Ashliman University of Pittsburgh © 1996-2020 Return to: Seasons Of The Witch, Winter's Peaceful Cloak "And when we were children, staying at the Archduke's My Cousin's, he took me out on a sled, And I was frightened. He said, Marie, Marie, hold on tight. Ordering the Heavens: A Visual History of Mapping the Universe by Maria Popova From Copernicus to Ancient Korea, or what the Chinese concept of change has to do with Aztec astrology. The love of maps is a running theme here at Brain Pickings, from these 7 must-read books on creative cartography to, most recently, BBC’s fantastic documentary on important medieval maps. Humanity’s long history of visual sensemaking is as much a source of timeless inspiration as a living record of how our collective understanding of the universe and our place in it evolved. It seems like the farther from the known mapmakers’ imaginations traveled, the more fascinating their maps became.