Laika - the first animal in space. Romanian stamp from 1959 with Laika (the caption reads "Laika, first traveller into Cosmos") Laika (Russian: Лайка, meaning "Barker"; c. 1954 – November 3, 1957) was a Soviet space dog who became one of the first animals in space, and the first animal to orbit the Earth. 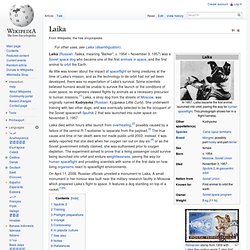 As little was known about the impact of spaceflight on living creatures at the time of Laika's mission, and as the technology to de-orbit had not yet been developed, there was no expectation of Laika's survival. Some scientists believed humans would be unable to survive the launch or the conditions of outer space, so engineers viewed flights by animals as a necessary precursor to human missions.[1] Laika, a stray dog from the streets of Moscow, was originally named Kudryavka (Russian: Кудрявка Little Curly).

She underwent training with two other dogs, and was eventually selected to be the occupant of the Soviet spacecraft Sputnik 2 that was launched into outer space on November 3, 1957. Groomer With Heart Made Of Kibble Gives Shelter Dogs Free Haircuts. Bummer and Lazarus. The Three Bummers. 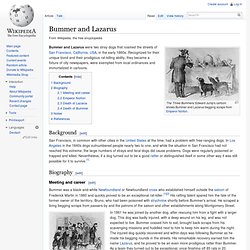 Edward Jump's cartoon shows Bummer and Lazarus begging scraps from Emperor Norton. Bummer and Lazarus were two stray dogs that roamed the streets of San Francisco, California, USA, in the early 1860s. Dog sitting beside his deceased owner's bed. 8-Year-Old Boy Embarrassed Of Vitiligo Meets Dog With Same Skin Condition. Hachikō. Hachikō (ハチ公, November 10, 1923 – March 8, 1935) was a Japanese Akita dog remembered for his remarkable loyalty to his owner, Hidesaburō Ueno, for whom he continued to wait for over nine years following Ueno's death.[2] Hachikō was born on November 10, 1923, at a farm near the city of Ōdate, Akita Prefecture.[3] In 1924, Hidesaburō Ueno, a professor at the Tokyo Imperial University, brought him to live in Shibuya, Tokyo, as his pet. 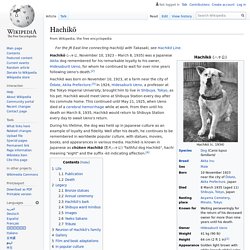 Hachikō would meet Ueno at Shibuya Station every day after his commute home. Photographer tells story of doomed shelter dogs. Gelert. Gelert is the name of a legendary dog associated with the village of Beddgelert (whose name means "Gelert's Grave") in Gwynedd, northwest Wales.[1] The story of Gelert is a variation on the well-worn "Faithful Hound" folk-tale motif, which lives on as an urban legend. 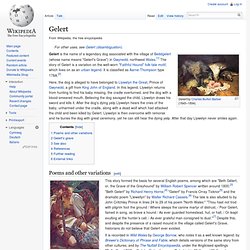 It is classified as Aarne-Thompson type 178A.[2] Here, the dog is alleged to have belonged to Llywelyn the Great, Prince of Gwynedd, a gift from King John of England. In this legend, Llywelyn returns from hunting to find his baby missing, the cradle overturned, and the dog with a blood-smeared mouth. Believing the dog savaged the child, Llywelyn draws his sword and kills it. After the dog's dying yelp Llywelyn hears the cries of the baby, unharmed under the cradle, along with a dead wolf which had attacked the child and been killed by Gelert. Poems and other variations[edit] In India, a black snake replaces the wolf and a mongoose replaces the dog. A Dog's Seeing Eye Dog.

Lily is a Great Dane that has been blind since a bizarre medical condition required that she have both eyes removed. 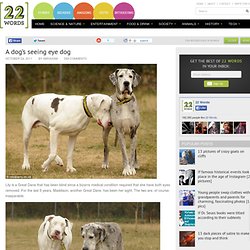 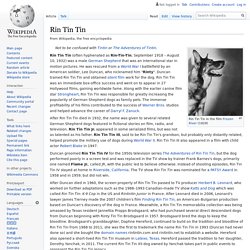 He was rescued from a World War I battlefield by an American soldier, Lee Duncan, who nicknamed him "Rinty". Duncan trained Rin Tin Tin and obtained silent film work for the dog. Rin Tin Tin was an immediate box-office success and went on to appear in 27 Hollywood films, gaining worldwide fame. Along with the earlier canine film star Strongheart, Rin Tin Tin was responsible for greatly increasing the popularity of German Shepherd dogs as family pets. Duncan groomed Rin Tin Tin IV for the 1950s television series The Adventures of Rin Tin Tin, but the dog performed poorly in a screen test and was replaced in the TV show by trainer Frank Barnes's dogs, primarily one named Flame Jr., called JR, with the public led to believe otherwise.

Origins[edit] Career[edit] Death and accolades[edit] Retirement ceremony for military dog finally reunited with Marine he was blown up with in Iraq after a fight to save him from death row. By Laura Cox Published: 15:01 GMT, 7 April 2012 | Updated: 15:01 GMT, 7 April 2012 After years of administrative battle a military dog handler was finally reunited with her loyal friend. 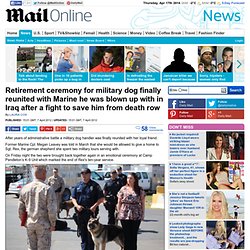 Former Marine Cpl. Megan Leavey was told in March that she would be allowed to give a home to Sgt. Rex, the german shepherd she spent two military tours serving with. On Friday night the two were brought back together again in an emotional ceremony at Camp Pendleton’s K-9 Unit which marked the end of Rex's ten-year service. Official: Sgt. 'Military working dog Rex has served the United States Marine Corps and his country honorably and is credited for saving numerous lives during the War on Terror,' a marine read.

The dog is now officially in Leavey’s care, five years after she left the military and filled out adoption paperwork. The initial application was denied since Rex could still perform his duties for Camp Pendleton. Loved: Leavey said she is looking forward to taking Rex home and spoiling him. World's Oldest Living Dog Passes Away. Donnie (dog) Donnie is a Doberman Pinscher dog who came to the attention of science due to his penchant for arranging his plush toys in geometric forms.[1] His owner rescued him from an animal shelter, and at first he was slow to learn, and very reluctant to interact socially with her.[2] He has appeared on the National Geographic Channel’s Dog Genius show.[1][3] On the show, he is shown arranging some of his 80 plush toys into evenly-spaced triangles and lines, and chooses to use, for example, only stuffed frogs or monkeys for a particular design.[4] He is shown creating his arrangements in his large yard in Maryland on remote video cameras without humans being present. 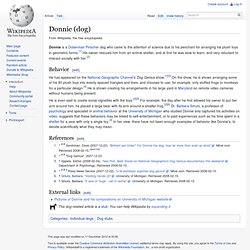 He is even said to create social vignettes with the toys.[4][5] For example, the day after he first allowed his owner to put her arm around him, he placed a large bear with its arm around a smaller frog.[2][6] Dr. Pictures of Donnie and his compositions on University of Michigan website. Detection Dogs and Wildlife Crime. In the Bag The global illegal wildlife trade is booming—and as with all black markets, it’s booming in secret. 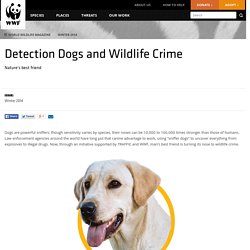 Illegal products from endangered species roll through the world’s airports, shipping centers and postal systems in a relentless stream: in 2013, smugglers were caught with 583 pieces of chocolate-coated ivory sealed in candy bar wrappers. X-Ray Smell A customs official who wants to check a piece of luggage for illegal wildlife goods has to open it up and carefully pick through the contents. Lewis and Clark's dog, Seaman. The final reference to Seaman in the journals, recorded by Lewis on July 15, 1806, states that "[T]he musquetoes continue to infest us in such manner that we can scarcely exist; for my own part I am confined by them to my bier at least 3/4 of the time. 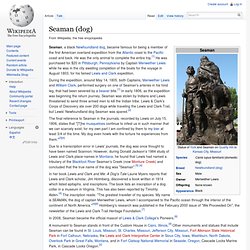 My dog even howls with the torture he experiences from them. Sad Story With A Happy End. It pleases me to know that world still has some good souls left! Related Posts Instant Dog Mom Luxurious place for cats Top 10 Animal Dads Headline Grabbing Animal stories of 2013 Animal lover and passionate reader?