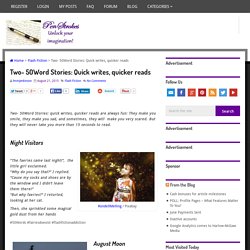 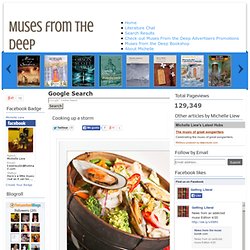 I then thought of a little story about how we can sometimes outdo our own cooking abilities and forget the important things around us in the midst of success. Join me in this little tale. “Amy, could you dish out some more of that vegetable soup? More neighbors have just arrived,” Amy Goodman’s husband Tim popped his head in the kitchen door where his wife was busy chopping up some more veggies for frying. “My dear, you are getting popular around here.” Amy smiled and just continued working on the vegetables. “Amy, the vegetable soup is excellent,” chortled a neighbor as she came out of the kitchen with a big bowl.

“Well, er....” “Yeah, share, share!” Tim smiled. Amy went back into the kitchen and cleaned up the greasy, well-used stove. The next day, Amy grabbed her coat quickly and chucked her car keys into her pockets. Amy stiffened. “But....” Beliefs surrounding the Chinese Festival of the Hungry Ghosts : A horror story. The army barracks on island of Pulau Mati, shrouded by trees, was a cold fortress with cold, unfriendly walls no soldier wanted to make his home. 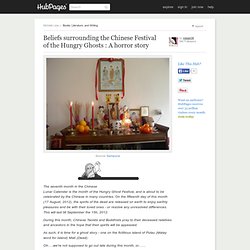 The low-rise building made a subtle, slow appearance as one entered the forest clearing where it was located; a clump of trees shrouded the frigid stone walls, restricting view. Lying in quiet, the army barracks on the Island of the dead was a not a place a soldier wanted as a place of rest. The barracks were empty; rows of beds were lined neatly, as if waiting to welcome one not of the living. The morose corridors were silent. A group of soldiers trooped into the barracks, hot and dripping with cold sweat, some of them collapsing on the neatly made steel beds with white linen.

At that, the two others stopped the argument and looked at Tong Lee with chagrin. Post Traumatic Stress Disorder - a short story about coping with a harsh reality. “Kyuusoku!” 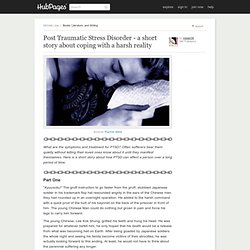 The gruff instruction to go faster from the gruff, stubbled Japanese soldier in his trademark flop hat resounded angrily in the ears of the Chinese men they had rounded up in an overnight operation. He added to the harsh command with a quick prod of the butt of his bayonet on the back of the prisoner in front of him. The young Chinese Man could do nothing but groan in pain and force his legs to carry him forward. The young Chinese, Lee Kok Shung, gritted his teeth and hung his head. He was prepared for whatever befell him; he only hoped that his death would be a release from what was becoming hell on Earth. Dragging their feet along Changi Beach was literally walking along the road to damnation. Many collapsed and were callously left by the roadside, being a fly less for the Japanese militia to swat.

“Tomaru! Kok Shung was used to the horror. As they approached Changi Beach, the whole group was made to stand in line in one of the clearings. Fighting for a rare chance at friendship : a short story. “Hey, shove over. 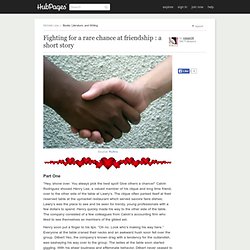 You always pick the best spot! Give others a chance!” Calvin Rodriguez shooed Henry Lee, a valued member of his clique and long time friend, over to the other side of the table at Lawry’s. The clique often parked itself at their reserved table at the upmarket restaurant which served savoire faire dishes; Lawry’s was the place to see and be seen for trendy, young professionals with a few dollars to spend. Henry quickly made his way to the other side of the table. Henry soon put a finger to his lips. Calvin groaned inwardly. True to form, Dilbert squeezed himself next to Calvin. Rushing through his food quickly, Calvin made his excuses and left the restaurant as quickly as his legs could carry him. Stopping at a nearby traffic junction, Calvin made the effort to turn to the persevering Dilbert, who still insisted on stalking him.