D.C. Stone's Blog - Erotica and Romance: How the two come together. Are you ashamed? - March 17, 2013 15:38. So, this weekend I attended the Liberty State Fiction Writer’s Annual Conference, and besides meeting many new authors, reconnecting with seasoned ones, and pitching to editors and agents, I made a lot of new contacts, some of which are very enthusiastic individuals.

One of those individuals was an editor with a new imprint to Audiogo.com, called Insatiable Press. This imprint is very fresh and they are looking for active and new authors to submit to this new venture they are starting. This particular editor handles the erotica line and between the ease in which you can talk to him and the exciting process in which to take part in, I got to thinking about submitting an erotica piece to them. I told Bob (that’s his name) as much and he genuinely was all for the idea. (I tell you what; the guy is also a master with pitching and completely set me at ease.) French Love Quotes. L'amour est la poésie des sens. ~ Honoré de Balzac.

Meaning "Love is the poetry of the senses", what could be more poetic than a line like this. Since time immemorial, the French language has been utilized to weave together some of the most beautiful and poetic quotes about the most beautiful sensation in the whole wide world, love. These romantic French phrases have done more than adorning the pages of Literature. Lost Love Quotes. Romantic Messages + Flirty Text Messages = Everlasting Love: I Miss You Text Messages. If you're in a long distant relationship or just missing the company of your sweetheart these 'I miss you text messages' will let them know exactly how you feel. 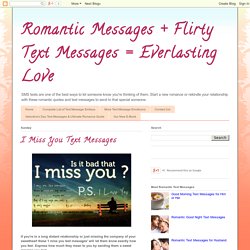 Express how much they mean to you by sending them a sweet missing you text. I miss you messages for boyfriend: Missing you messages for him. 60 Sweet Text Messages to Send to Your Boyfriend. Text messaging has been a very popular form of communication nowadays. 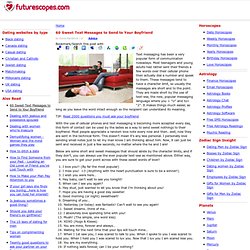 Most teenagers and young adults had rather sent their friends a few words over their cellular phone then actually dial a number and speak to them. These messages tend to have a character limit, so usually the messages are short and to the point. They are made short by the use of text-ese, the new, popular messaging language where you = “U” and to= “2”. It makes things much easier, as long as you leave the word intact enough so the recipient can understand its meaning. 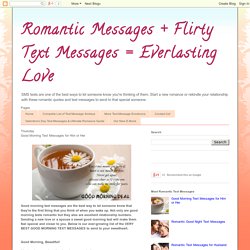 10 Signs Your Man Is A Psychopath. Written by Kiri Blakeley on CafeMom’s blog, The Stir . 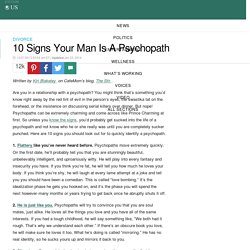 Are you in a relationship with a psychopath? You might think that’s something you’d know right away by the red tint of evil in the person’s eyes, the swastika tat on the forehead, or the insistence on discussing serial killers over dinner. But nope! Psychopaths can be extremely charming and come across like Prince Charming at first. When Strong Women Are Attacked by Weak Men (and Women) These past weeks, French and international press has placed the private life of the President, Francois Hollande, his now former companion, Valerie Trierweiler and a French actress, Julie Gayet, on the front page non-stop. 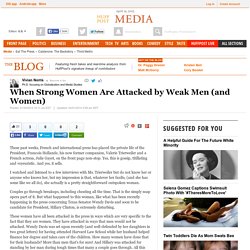 Yes, this is gossip, titillating and voyeuristic. And yes, it sells. I watched and listened to a few interviews with Ms. Trierweiler but do not know her or anyone who knows her, but my impression is that, whatever her faults, (and she has some like we all do), she actually is a pretty straightforward outspoken woman. Couples go through breakups, including cheating all the time. These women have all been attacked in the press in ways which are very specific to the fact that they are women. Lauren Schuhmacher: Newtonian Principles of the Heart. 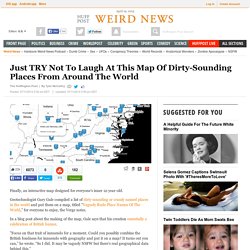 A Breakup Letter from Simone de Beauvoir. By Maria Popova “I can still feel warm and happy and harshly grateful when I look at you inside me.” 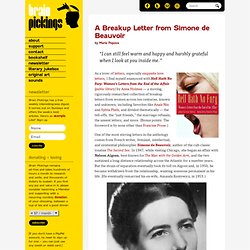 As a lover of letters, especially exquisite love letters, I find myself enamored with Hell Hath No Fury: Women’s Letters from the End of the Affair (public library) by Anna Holmes — a moving, rigorously researched collection of breakup letters from women across ten centuries, known and unknown, including favorites like Anaïs Nin and Sylvia Plath, and divided thematically — the tell-offs, the “just friends,” the marriage refusals, the unsent letters, and more.

(Bonus points: The foreword is by none other than Francine Prose.) One of the most stirring letters in the anthology comes from French writer, feminist, intellectual, and existential philosopher Simone de Beauvoir, author of the cult-classic treatise The Second Sex. Donating = Loving Bringing you (ad-free) Brain Pickings takes hundreds of hours each month. You can also become a one-time patron with a single donation in any amount: Who do you read? Good Roger, or Bad Roger? This message came to me from a reader named Peter Svensland. 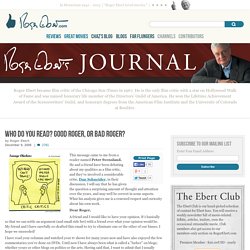