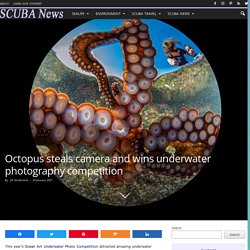 Two winning photos told particularly compelling stories. The Best of Show by Gaetano Dario Gargiulo is a once-in-a-life-time moment where a curious octopus took a selfie of itself with the photographer’s family. Another notable photo is the winning image of the conservation category by Christophe Chellapermal which reflects on the need to preserve our environment as well as take care of ourselves. This picture was taken in Antibes on the French Riviera in the summer of 2020. Every week, activist Laurent Lombard with the NGO ‘Operation Mer Propre’ organizes meetings with local environmentalists in an effort to clean up the coast. This amazing photo shows a nudibranch inside a crystal bubble algae. An old sculptor built a gnome from old parts right on the territory of a gas station on a highway in Belarus : interestingasfuck.

A mechanical musical marvel from the late 1800s. : Damnthatsinteresting. 99 Mind-fu*k movies : coolguides. Anyone remember the creepy-crawler bug maker? : nostalgia. Thanks, I hate Bone fairies... : TIHI. The band had to stop and let him flex □□□ : nextfuckinglevel. This banister is insane : nextfuckinglevel. Le Thiers® Nature knife 11.5 cm and lock back system. Oppstryn, Norway : oddlysatisfying. This opal pattern that looks like a nebula : interestingasfuck.

An agate stone that looks like a window to the ocean : interestingasfuck. Rainy days in Yosemite NP [3294x4730] [oc] : EarthPorn. □ Massive Grizzly Bear : NatureIsFuckingLit. Screw wasps! : Damnthatsinteresting. Tot01.jpg. Custom LEGO tree houses & tree house sets. Some of the most enchanting buildings in both real life and in LEGO are tree houses. 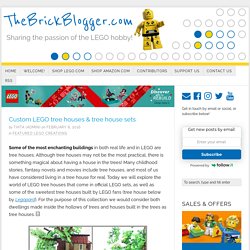 Although tree houses may not be the most practical, there is something magical about having a house in the trees! Many childhood stories, fantasy novels and movies include tree houses, and most of us have considered living in a tree house for real. Today we will explore the world of LEGO tree houses that come in official LEGO sets, as well as some of the sweetest tree houses built by LEGO fans (tree house below by Legopard). For the purpose of this collection we would consider both dwellings made inside the hollows of trees and houses built in the trees as tree houses. Senneck is the eldest of a trio of brothe… ROBOT DANCE - SALAH (FRANCE) BOTY 2006 SHOWCASE SPECIAL [OFFICIAL HD VERSION BOTY TV] Looted Wagon. Conqueror Class Battleship. These were hanging in a WIP state. Yepp, I've finished them! I know that mine ar… Ultramarines Devastator Squad. The main reason for uploading thi… As a continuation of my WH40K fad I chose these un… Conqueror Class Battleship. 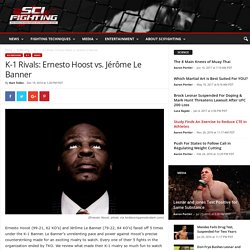 Le Banner’s unrelenting pace and power against Hoost’s precise counterstriking made for an exciting rivalry to watch. Every one of their 5 fights in the organization ended by TKO. We review what made their K-1 rivalry so much fun to watch and how both fighters changed their game to win. These Maps Reveal the Hidden Structures of 'Choose Your Own Adventure' Books - Atlas Obscura.

Reading a “Choose Your Own Adventure” book can feel like being lost in a maze and running through twists and turns only to find dead ends, switchbacks, and disappointment. 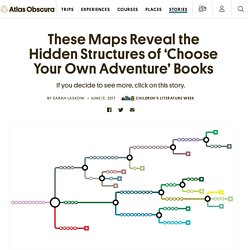 In the books—for those not familiar with them—you read until you come to a decision point, which prompts you to flip to another page, backward or forward. The early books in the series, which began in 1979, have dozens of endings, reached through branching storylines so complex that that trying to keep track of your path can seem hopeless—no matter how many fingers you stick into the book in order to find your way back to the key, fateful choice. You might end up back at an early fork again, surprised at how far you traveled only to reemerge at a simple decision, weighted with consequences that you couldn’t have imagined at the beginning. The last installment of the original “Choose Your Own Adventure” series came out in 1998, but since 2004, Chooseco, founded by one of the series’ original authors, R.A. 10 Basic Principles of Visual Design – Prototyping: From UX to Front End.

Sorting 2 Metric Tons of Lego · Jacques Mattheij. One of my uncles cursed me with the LEGO bug, when I was 6 he gave me his collection because he was going to university. 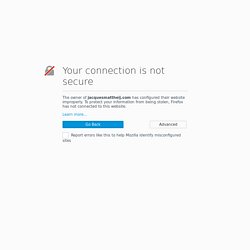 My uncle and I are relatively close in age, my dad was the eldest of 8 children and he is the youngest. Robert J. Lang Origami. Background In 1989, I wrote an article for the magazine Engineering & Science about the state of technical folding, which, even then, seemed to be progressing by leaps and bounds due to an infusion of scientific and mathematical principles. 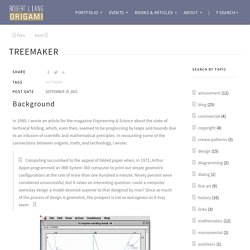 In recounting some of the connections between origami, math, and technology, I wrote: Computing succumbed to the appeal of folded paper when, in 1971, Arthur Appel programmed an IBM System 360 computer to print out simple geometric configurations at the rate of more than one hundred a minute. Ninety percent were considered unsuccessful, but it raises an interesting question: could a computer someday design a model deemed superior to that designed by man? Google Image Result for. View more. 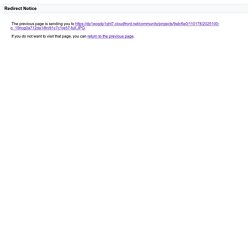 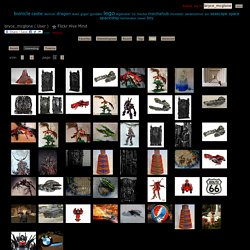 The picture viewer will not work. </span> Explore Log In. How to Lego-fy your plots and 3D models... - Online Technical Discussion Groups—Wolfram Community. The other day I was thinking, could I make a certain plot in Lego? 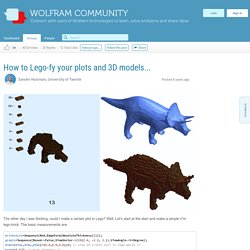 Well, Let's start at the start and make a simple n*m lego-brick. The basic measurements are: LEGO Faerie Forest Reminds Us of Endor. I think that most of us probably wanted to live in a tree house at some point when we were growing up. 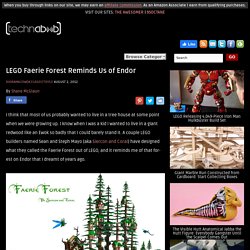 Twee affect: July 2010. Haha wow we have a huge headache dear readers, like, what is even going on! Nevertheless we are blogging, through the blinding pain, because of our incredible devotion and fantastic work ethic. Venator 1 - Modules - LEGO Star Wars. The World's Best Photos of moc and reactor. Flickr Hive Mind is a data mining tool for the Flickr database of photography. Flickr Hive Mind is a search engine as well as an experiment in the power of Folksonomies. All thumbnail images come directly from Flickr, none are stored on Flickr Hive Mind. These photos are bound by the copyright and license of their owners, the thumbnail links take to you to the photos (as well as their copyright and license details) within Flickr.

Redirect Notice. Flickr. Introduction to 3D Printers: The Promise and Pitfalls of Desktop Manufacturing. Brilliant New Jersey Family Develops Nature-Powered Snow-Melting System. Paramus, New Jersey might not seem like Ground Zero for the eco-friendly movement, but perhaps that will change. That's the site, on an unassuming suburban street, of the Zenesis House, a brilliant piece of green architecture, engineering and smart technology.

Designed by real estate agent Asit Parikh, his engineer father Raj and architect Eric Velez, the Zenesis House has no boiler, but produces enough hot water not only for the house itself, but to power their snow-melting system. Best of all, Mother Nature provides all of the resources for the system, which is run through a combination of solar power, geothermal power and rainwater. "What we are doing is using the environment to battle the environment," Asit told local paper The Paramus Daily Voice. Graphics Software. Brickfrenzy.com. A New App Turns Legos into 3D Digital Models - Leopardo Construction. SR 3D Builder - The most advanced LEGO CAD for PC for TECHNIC Model.

Automatic Generation of Constructable Brick Sculptures. Computer Graphics Forum (Proc. Eurographics) 2013. Importing and Rendering LEGO 3D Data. How To Import, Render & Re-Export LEGO® 3D Data from "LDraw" .dat & .ldr Files For those who are not aware of the fact, there is a huge community of people and WEB sites dedicated to the modeling, rendering and documentation of LEGO models and how to build them. The following tutorial was written to educate the visitors to the Okino WEB site, and Okino software customers, about the existence of this 3D graphics world of LEGO models, and second, to show how this vast wealth of LEGO 3D parts and model data can be converted into a format most often used by Okino software customers.

As serious as the rest of the Okino WEB site is to our professional customers, we thought we would write this interesting and off beat tutorial for those who still yearn for their earlier days of playing with LEGO. The primary goals of this tutorial are: To understand which free programs need to be downloaded to your machine first. To learn where to find 3D LEGO parts data.

How To Use LEGO CAD Software To Make Amazing Custom Builds. SR 3D Builder - The most advanced LEGO CAD for PC for TECHNIC Model.