Can-other-people-be-trusted-it-depends-on-your-education-and-your-bank-balance-20191126-p53edw. Their unhappiness might also be connected to their bleak outlook. 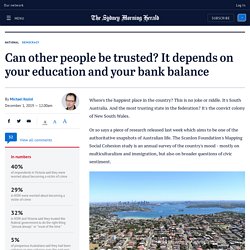 Forty per cent of young Australians said they were pessimistic or very pessimistic about Australia's future. But those statistics don't always correlate. For example, Queenslanders were about as happy as everyone else, but significantly more pessimistic about where Australia is heading. And it turns out money does buy happiness. Australia's fossil fuel industry should pay climate disaster levy, thinktank says.

Australia’s fossil fuel industry would stump up for a national climate disaster fund levy to help cover the costs of escalating natural disasters, under a new thinktank proposal. 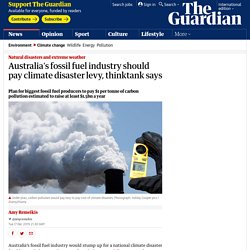 The Australia Institute has released a plan to have some of the nation’s biggest polluters pay a $1 levy per tonne of carbon pollution from fossil fuel production, which it estimates would raise at least $1.5bn per year. Putting the nation back together again after flood, storm or fire is an increasingly costly exercise, as climate change exacerbates the strength and duration of events, draining local, state and federal coffers.

Mark Ogge, the principal adviser at The Australia Institute, said with costs only forecast to increase, the nation needed to look at new ways to cover them, while also holding fossil fuel producers responsible. 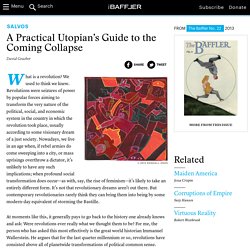 We used to think we knew. Revolutions were seizures of power by popular forces aiming to transform the very nature of the political, social, and economic system in the country in which the revolution took place, usually according to some visionary dream of a just society. A Practical Utopian’s Guide to the Coming Collapse. 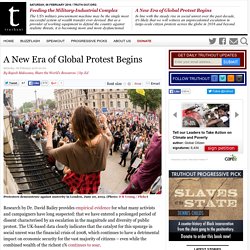 (Photo: D B Young / Flickr) Zygmunt Bauman interview: Zygmunt Bauman: “Social media are a trap” Zygmunt Bauman has just celebrated his 90th birthday and taken two flights from his home in the northern British city of Leeds to get to an event in Burgos, northern Spain. 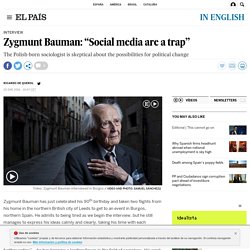 He admits to being tired as we begin the interview, but he still manages to express his ideas calmly and clearly, taking his time with each response because he hates giving simple answers to complex questions. Since developing his theory of liquid modernity in the late 1990s – which describes our age as one in which “all agreements are temporary, fleeting, and valid only until further notice” – he has become a leading figure in the field of sociology. Ethereum Project. Work and Pleasure: Theodor Adorno on the Psychology of “Gadgeteering” and How the Cult of Efficiency Limits Our Happiness. Few thinkers have advanced our understanding of the machinery we call popular culture more than the great German sociologist, philosopher, musicologist, and media critic Theodor Adorno (September 11, 1903–August 6, 1969). 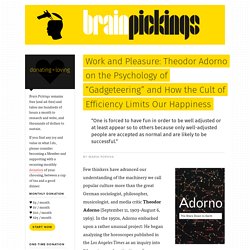 In the 1950s, Adorno embarked upon a rather unusual project: He began analyzing the horoscopes published in the Los Angeles Times as an inquiry into “the nature and motivations of some large-scale social phenomena involving irrational elements … fused with what may be dubbed pseudo-rationality.” From these investigations, eventually published as The Stars Down to Earth and Other Essays on the Irrational in Culture (public library), sprang expansive and enduring insight into many of the myths that bedevil modern culture and still limit our lives on a daily basis.

On the Phenomenon of Bullshit Jobs. Ever had the feeling that your job might be made up? 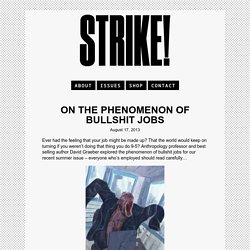 A Practical Utopian’s Guide to the Coming Collapse – David Graeber on “The Phenomenon of Bullshit Jobs” Graeber’s argument is similar to one he made in a 2013 article called “On the Phenomenon of Bullshit Jobs”, in which he argued that, in 1930, economist John Maynard Keynes predicted that by the end of the century technology would have advanced sufficiently that in countries such as the UK and the US we’d be on 15-hour weeks. 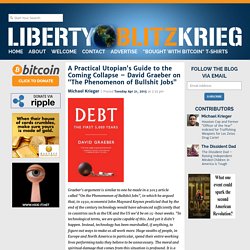 “In technological terms, we are quite capable of this. And yet it didn’t happen. Instead, technology has been marshalled, if anything, to figure out ways to make us all work more. Huge swaths of people, in Europe and North America in particular, spend their entire working lives performing tasks they believe to be unnecessary. The moral and spiritual damage that comes from this situation is profound. Socialism For Dummies. Socialism For Dummies - part 2. Independent global leaders working together for peace and human rights.