Decius Responds to Critics of "The Flight 93 Election" - American Greatness. Reposted with permission from The Claremont Review of Books. 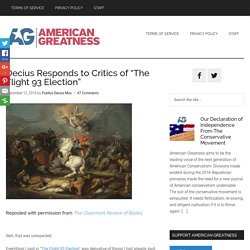 Alex Jones Melts Globalists over Terror: Mind-Controlled Media Sacrificing the West for Islam » Alex Jones' Infowars: There's a war on for your mind! Alex Jones of Infowars.com launched into an epic rant during his Monday show denouncing the media and global elites for sacrificing Western civilization to radical Islam. 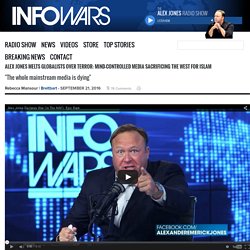 Jones opened his monologue by saying: I’m just so angry right now. I’m really so fundamentally angry with the media — how deceptive they are, what traitors they are, how low they are. Hillary — all of you — are just sickening horrible people… You have to work to be such scum, and I’m so sick of you, and I’m so sick of some of the general public that still sits there. It’s like that Perino lady during the Bush press conference – or during one of those White House press conferences. Imagine that! The West is only a destabilization program right now. I was watching Fox News as I worked out this morning, and they had the police chief on making excuses from that town in Minnesota, and they had the Fox News host — this is the fair and balanced channel — going, “Donald Trump really stepped in it this time. 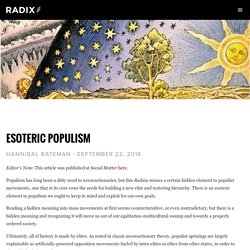 Populism has long been a dirty word to neoreactionaries, but this disdain misses a certain hidden element to populist movements, one that at its core sows the seeds for building a new elite and restoring hierarchy. There is an esoteric element to populism we ought to keep in mind and exploit for our own goals. Reading a hidden meaning into mass movements at first seems counterintuitive, or even contradictory, but there is a hidden meaning and recognizing it will move us out of our egalitarian-multicultural swamp and towards a properly ordered society. Ultimately, all of history is made by elites. As noted in classic neoreactionary theory, populist uprisings are largely explainable as artificially-powered opposition movements fueled by intra-elites or elites from other states, in order to play with the balance of power. Often times, in this sort of proxy war, elites simply exploit building resentment among certain groups. 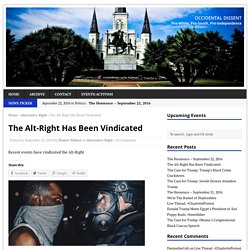 First, you have Ford building plants in Mexico and moving small car production out of Michigan to Mexico. 2.) Second, you have refugees or the children of refugees launching terrorist attacks in Orlando, St. Cloud and New York/New Jersey. 3.) 4.) 5.) 6.) 7.) The Truth About Pepe The Frog And The Cult Of Kek. “What is a Neo-Nazi and How Can I Become One?” Andrew AnglinDaily Stormer September 4, 2016 During this Alt-Right media storm, there has been much talk of Neo-Nazism. 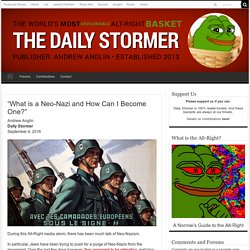 In particular, Jews have been trying to push for a purge of Neo-Nazis from the movement. Over the last few days however, they appeared to be retreating, realizing that this was a hopeless endeavor. “You can’t jetsam the Anglin,” as they say. Being a Neo-Nazi, I am an expert on the topic of Neo-Nazism. As a rule, everyone in the Alt-Right loves Hitler to some extent, given that he was the last great leader of Europe and the one who almost took down the Jews for good.

Let us consider the five types of Neo-Nazis. The Flight 93 Election - American Greatness. Reposted with permission from the Claremont Review of Books. 2016 is the Flight 93 election: charge the cockpit or you die. 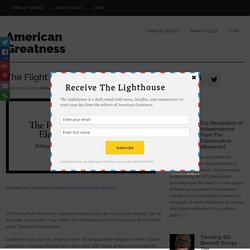 You may die anyway. You—or the leader of your party—may make it into the cockpit and not know how to fly or land the plane. There are no guarantees. Except one: if you don’t try, death is certain. To ordinary conservative ears, this sounds histrionic. I’m Alt Right, and You Should Be Too at Faith and Heritage. Dear Mom and Dad, You may have heard about the ‘Alt Right’ from Hillary’s speech today. 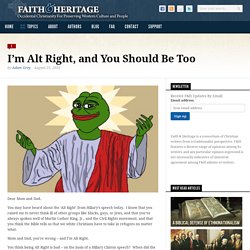 I know that you raised me to never think ill of other groups like blacks, gays, or Jews, and that you’ve always spoken well of Martin Luther King, Jr., and the Civil Rights movement, and that you think the Bible tells us that we white Christians have to take in refugees no matter what. Mom and Dad, you’re wrong – and I’m Alt Right. You think being Alt Right is bad – on the basis of a Hillary Clinton speech?

When did the Clintons become the arbiters of truth around here? Whatever happened to critical thinking? Mom and Dad, I’m sorry it has to come to this, but when I see the people who raised me to be a good Christian, a patriot, and an honest intellect trying to shame me and my generation into conforming to a suicidal, unintelligent, and anti-Christian worldview, I just can’t go along with that. Mom and Dad, you need to stop and read that last sentence over again. Anon disturbs Hillary's Pepe Rally.

The Breitbart alt-right just took over the GOP. Here's what you need to know about the Breitbart News chairman who just became Donald Trump's new campaign CEO. 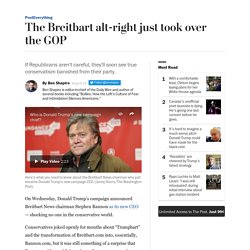