Stumblers Who Like 8 Things Everybody Ought to Know About Concentrating. “Music helps me concentrate,” Mike said to me glancing briefly over his shoulder.

Mike was in his room writing a paper for his U.S. History class. On his desk next to his computer sat crunched Red Bulls, empty Gatorade bottles, some extra pocket change and scattered pieces of paper. In the pocket of his sweat pants rested a blaring iPod with a chord that dangled near the floor, almost touching against his Adidas sandals. On his computer sat even more stray objects than his surrounding environment. Mike made a shift about every thirty seconds between all of the above. Do you know a person like this? The Science Behind Concentration In the above account, Mike’s obviously stuck in a routine that many of us may have found ourselves in, yet in the moment we feel it’s almost an impossible routine to get out of. 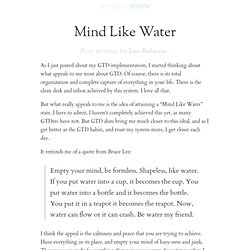 As I just posted about my GTD implementation, I started thinking about what appeals to me most about GTD. Of course, there is its total organization and complete capture of everything in your life. There is the clean desk and inbox acheived by this system. I love all that. But what really appeals to me is the idea of attaining a “Mind Like Water” state. It reminds me of a quote from Bruce Lee: Empty your mind, be formless. I think the appeal is the calmness and peace that you are trying to achieve. It will be an ongoing quest. Similar posts elsewhere: Getting Things Done in Evernote with one or two notebooks. With the arrival of 2010 coinciding with the end of my Year of Nothing, I found myself with an unusually large pile of new projects to launch, and a bunch of old projects to re-launch. 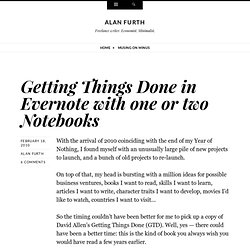 On top of that, my head is bursting with a million ideas for possible business ventures, books I want to read, skills I want to learn, articles I want to write, character traits I want to develop, movies I’d like to watch, countries I want to visit… So the timing couldn’t have been better for me to pick up a copy of David Allen’s Getting Things Done (GTD). Well, yes — there could have been a better time: this is the kind of book you always wish you would have read a few years earlier. The final push came from the awesome reading list recommended by Josh Kaufman in his equally awesome website, The Personal MBA.

GTD is No. 3 in the overall list, and for good reason. Achieving “mind like water” through Getting Things Done. I was surprised to find that the most important benefit that Getting Things Done (GTD) claims to provide is an increased capacity to focus on and think creatively about our higher-level goals and values. 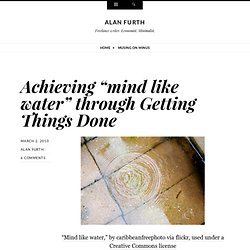 In other words, more than a methodology for getting things done, GTD is a system for aligning ourselves with meaning. The argument is that by providing a reliable system for recording all our to-do’s and setting up appropriate reminders, we “empty our heads” of all the mundane stuff that we inevitably need to take care of in the here and now, freeing up lots of psychic energy that can now be used to think (consciously or unconsciously) on more meaningful stuff. From the book: Many executives I have worked with during the day to clear the decks of their mundane “stuff” have spent the following evening having a stream of ideas and visions about their company and their future. 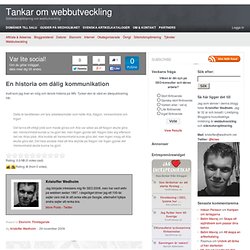 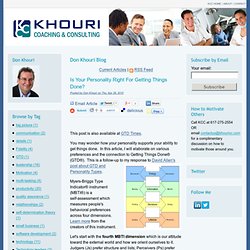 This post is also available at GTD Times. You may wonder how your personality supports your ability to get things done. In this article, I will elaborate on various preferences and the connection to Getting Things Done® (GTD®). This is a follow-up to my response to David Allen's post about GTD and Personality Types. Myers-Briggs Type Indicator® instrument (MBTI®) is a self-assessment which measures people's behavioral preferences across four dimensions.