How to Start a Travel Blog in 5 Simple Steps. When I started travel blogging, I had no clue what I was doing and had no idea where to start. 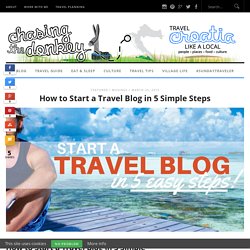 And over the past two years I’ve learned a thing or two I wanted to share with you the 5 simple steps on how you too can start a travel blog and have as much fun as I do blogging. 1. Get a name… a really cool one. In my opinion, the most important step to start a travel blog is your blog name. The world as you've never seen it before. Google Earth for Educators. Virginia Memory: Historical Maps With A Modern Use. This Lesson Plan was created by Penny Anderson, a teacher at Riverbend High School in Fredericksburg and one of the Library of Virginia's 2010 Brown Research Teacher Fellows. 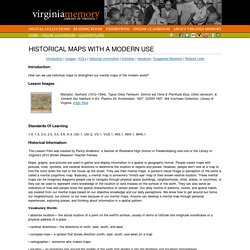 Maps, graphs, and pictures are used to gather and display information in a spatial or geographic format. People create maps with pictures, lines, symbols, and cardinal directions to determine the location of objects and places. However, people don't look at a map to find the room down the hall or the house up the street. They use their mental maps. A person's visual image or perception of the world is called a mental (cognitive) map. Vocabulary Words: Reflective practice and productive pedagogy. Teachers and Parents - National Geographic Bee. Learning games: Geography of Europe. The Fifty Nifty - Home. Google Earth. 60bb4e7279faa3367e7e88d0d3835b45.jpg (JPEG Image, 1200 × 1600 pixels) - Scaled (62%) Ask-a-Geologist Q&A #16: What types of rocks were changed by high temperature and high pressure? Three Easy Ways to Visually Compare the Sizes of States and Countries.

How to Tell Stories with Maps. School of Data has published a good round-up of narrative mapping platforms. 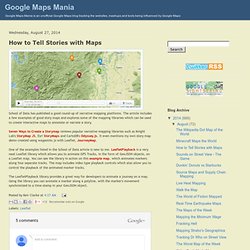 The article includes a few examples of good story maps and explores some of the mapping libraries which can be used to create interactive maps to annotate or narrate a story. Seven Ways to Create a Storymap reviews popular narrative mapping libraries such as Knight Lab's StoryMap JS, Esri StoryMaps and CartoDB's Odyssey.js. It even mentions my own story map demo created using waypoints.js with Leaflet, JourneyMap. Cartography: The true true size of Africa. LAST month Kai Krause, a computer-graphics guru, caused a stir with a map entitled "The True Size of Africa", which showed the outlines of other countries crammed into the outline of the African continent. 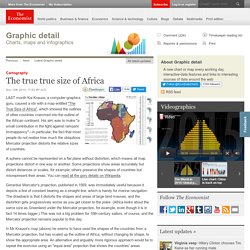 His aim was to make "a small contribution in the fight against rampant Immappancy"—in particular, the fact that most people do not realise how much the ubiquitous Mercator projection distorts the relative sizes of countries. A sphere cannot be represented on a flat plane without distortion, which means all map projections distort in one way or another. Some projections show areas accurately but distort distances or scales, for example; others preserve the shapes of countries but misrepresent their areas.

You can read all the gory details on Wikipedia. Habitat Conservation 101. Every species requires a certain set of environmental conditions to be able to move around, feed and reproduce. 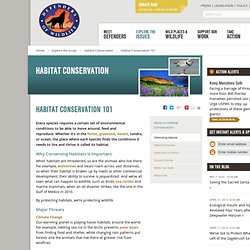 Whether it’s in the forest, grassland, desert, tundra, or ocean, the place where each species finds the conditions it needs to live and thrive is called its habitat. Why Conserving Habitats Is Important When habitats are threatened, so are the animals who live there. For example, wolverines and bears roam across vast distances, so when their habitat is broken up by roads or other commercial development, their ability to survive is jeopardized. Frequently Asked Questions - Arctic. Pros and Cons of Drilling in ANWR. The drilling of oil ANWR is a controversial topic among the oil industry, politicians, and environmentalists. 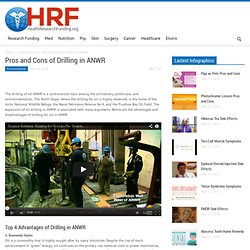 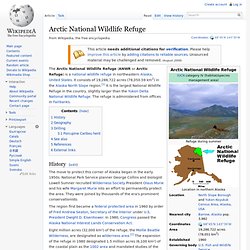 It consists of 19,286,722 acres (78,050.59 km2) in the Alaska North Slope region.[1] It is the largest National Wildlife Refuge in the country, slightly larger than the Yukon Delta National Wildlife Refuge. The refuge is administered from offices in Fairbanks. History[edit] The region first became a federal protected area in 1960 by order of Fred Andrew Seaton, Secretary of the Interior under U.S.

President Dwight D. Old Maps Online. GmapGIS - A web based GIS application to draw on Google maps: polygons, lines, markers and labels. Rader's GEOGRAPHY 4 KIDS.COM. 25 National Flags And Their Meanings. Originating on battlefields as a means of identification, national flags have come a long way since their bloody conception. 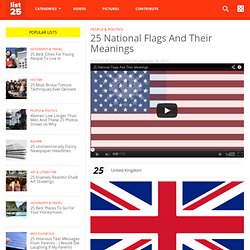 Flying in courthouses, classrooms, and fire stations they typically hold symbolic significance for the nation and have complex meanings ingrained into their designs. So go ahead and test yourself on your flag knowledge because these are 25 national flags and their meanings. Worldmapper: The world as you've never seen it before. Geographical Association - home. TimeMaps - World History Atlas.

Geography Resources. A Sense of Place.