Economist. 2016 was a dismal year for liberal internationalism. 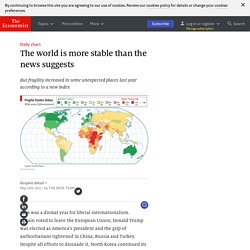 Britain voted to leave the European Union; Donald Trump was elected as America’s president and the grip of authoritarians tightened in China, Russia and Turkey. Despite all efforts to dissuade it, North Korea continued its march towards nuclear-power status; bloody wars continued in South Sudan, Syria and Yemen. It might seem obvious, then, that it was a year in which the world became less stable. But a new index of global “fragility” by the Fund for Peace (FfP), a think-tank, suggests that, overall, it did not. AQA A-level Geography Revision - PMT. Tutor2u Geography. How to Revise Geography Case Studies. Geography is an amazing subject (but I’m just a little bit biased, having studied it at university and taught it to hundreds of students). 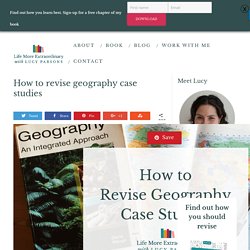 It’s a wonderful blend of the study of human beings and the physical world and the way the two interact. However, it’s a very content-heavy subject and although it’s students are often passionate, it can be overwhelming at times. Molly, one of my readers, wrote to me to ask: AQA AS Geography. Gapminder: Unveiling the beauty of statistics for a fact based world view. Economist. DONALD TRUMP continues his assault on environmentalism. 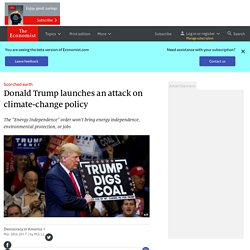 On March 28th he signed an executive order instructing America’s Environmental Protection Agency (EPA) to withdraw and replace Barack Obama’s flagship energy policy, the Clean Power Plan. Among other measures, the "Energy Independence" order requests the reversal of a moratorium on coal leasing on federal lands and dispenses with rules to curb methane emissions from oil and gas sites. Courtrooms and lawyers surely await. The Clean Power Plan was unveiled in August 2015. It directed states to work out how to cut emissions from power plants to avoid 870m tonnes of carbon dioxide by 2030 (as measured against levels of emissions from 2005). Because it has never been implemented, the Clean Power Plan’s demise hurts less than green groups suggest.

Geography AS Notes. Climate change: Data shows 2016 likely to be warmest year yet. Image copyright Getty Images Temperature data for 2016 shows it is likely to have edged ahead of 2015 as the world's warmest year. 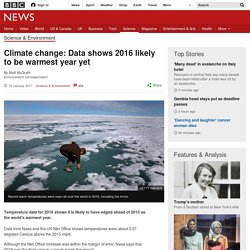 Data from Nasa and the UK Met Office shows temperatures were about 0.07 degrees Celsius above the 2015 mark. Although the Met Office increase was within the margin of error, Nasa says that 2016 was the third year in a row to break the record. The El Niño weather phenomenon played a role, say scientists, but the main factor was human emissions of CO2. Hodder Education - Learn More. Create confident and well-prepared students with this exam practice workbook that covers all the core and optional physical topics for the new AQA assessment requirements; brought to you by the leading A-level Geography publisher and a team of expert teachers and examiners. 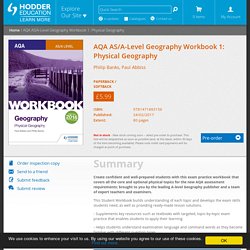 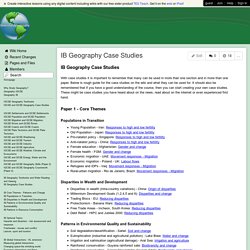 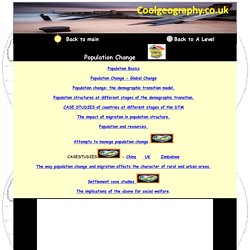 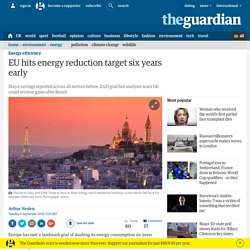 In 2014, the EU’s 28 member countries consumed 72m tonnes of oil equivalent less than had been projected for 2020, according to a report by the EU’s science arm, the Joint Research Centre (JRC). The figure matches Finland’s annual energy use. Environmental campaigners described the achievement as “remarkable”. and “incredible” but the European commission was restrained. “Final energy consumption is currently below the 2020 target,” a spokeswoman for the commission said. “The EU-28 are are also on a good pathway to achieving the primary energy consumption target for 2020 if current efforts are maintained.” Major energy savings were reported across all sectors in the study, with EU legislation driving efficiency gains in electrical products, industry installations, fuel economy and the housing sector. 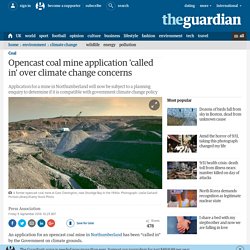 The proposals by Banks Mining for a surface mine for coal, sandstone and fire clay at Highthorn, between Widdrington Village and Druridge Bay, were given the green light by Northumberland county council in July.