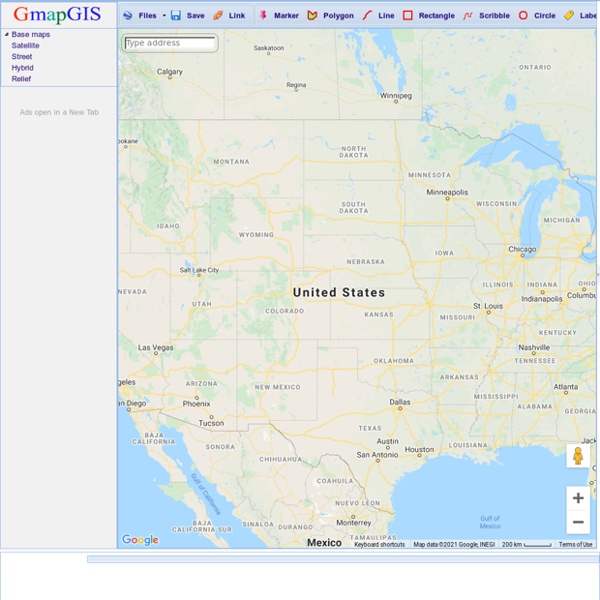 Making a Genealogy Map Using the Google Maps API Introduction I wanted to try out using the Google Maps API for a project, so I decided I’d try to use it in conjunction with some genealogy data to see what I could come up with. The result is a family tree which is mapped out spatially rather than chronologically; once rendered, the following visual data is revealed: Migration paths - see where particular people suddenly moved a large distance Geographical density/immobility - see which areas the most family members were from Most popular places - see which villages or cities successive generations lived in

Why Space Matters in the Arab Uprisings (and Beyond) Many non-scholarly and scholarly accounts on the societies, culture, and political economy of the Middle East post-“Arab Uprisings/Spring” still deal with cities and regions as mere repositories of social, cultural, political, and economic action—despite the spatial turn that has informed social sciences and humanities for more than three decades ago now. Indeed, they often overlook the shaping roles of the built and natural environments in the production of events unraveling in cities and regions of the Middle East. We thus read about cities and regions as backgrounds and contexts for processes and practices, rather than environments that have determining impacts on these. Since its launch in September 2013, Jadaliyya’s Cities Page has been committed to produce such informed, empirical, and integrated knowledge, where the spatial engages and intersects with historical, political, economic, technological, legal, social, and cultural analysis.

A Passage to India Map A Passage to India Map created by Peter Biggins ^^^ Hide Description ^^^ Advertisements The Traveling Salesman with Simulated Annealing, R, and Shiny - Todd W. Schneider I built an interactive Shiny application that uses simulated annealing to solve the famous traveling salesman problem. You can play around with it to create and solve your own tours at the bottom of this post. Here's an animation of the annealing process finding the shortest path through the 48 state capitals of the contiguous United States: How does the simulated annealing process work? Earth at Night 2012 Account Options Sign in Earth at Night 2012 Science Hack Day / NightISS Image classification of night time images taken from the International Space Station Alejandro Sánchez de Miguel, et al. Universidad Complutense de Madrid. Image classification: Right now there are around 1.800.000 images at the Johnson Space Center database (The Gateway of the Astronauts).

NatGeo Mapmaker Interactive YouTube Help The URL to a YouTube video must be the full length url. To ensure you are using the correct URL, visit your video on youtube.com. Solar Mapping Resources Choosing solar energy is a big investment. In order to help consumers quantify the potential benefits, national laboratories and private companies have developed a number of tools to forecast their solar futures. Satellite maps, irradiance data, and real-time bids from installers have been combined to assist customers in understanding the potential costs and benefits of solar with just the click of a button.

Favourite maps from 2013 Everyone and their dog tends to publish their own 'best maps of...'. Given I spend most of my time on this blog haranguing bad maps during the year I thought I might try it myself this year so here goes, in no particular order...my favourite 10 maps of 2013. For those that are counting, there's 11 but here goes...