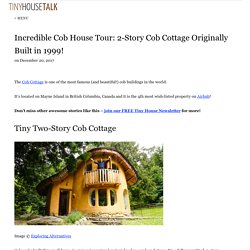 Cob buildings in the world. It’s located on Mayne Island in British Columbia, Canada and it is the 4th most wish-listed property on Airbnb! Woman's Magical Cob House Built Earth and Reclaimed Materials. On December 2, 2019 Marie France Roy is a professional snowboarder from Canada who cares deeply about the environment so she decided to experiment with building a tiny home using natural and reclaimed materials. 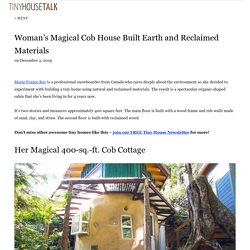 The result is a spectacular organic-shaped cabin that she’s been living in for 4 years now. It’s two-stories and measures approximately 400 square feet. The main floor is built with a wood frame and cob walls made of sand, clay, and straw. The second floor is built with reclaimed wood. Woman's Magical Cob House Built with Earth & Reclaimed Materials. Ecodomos - Ecodomos a ajouté une photo. Cob House Built For Less Than $3,000. Kent at Tiny House Blog notes that "you can build your own cob house with little money, but with lots of time and enthusiasm. 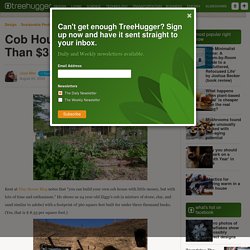 " He shows us 24 year-old Ziggy's cob (a mixture of straw, clay, and sand similar to adobe) with a footprint of 360 square feet built for under three thousand bucks. (Yes, that is $ 8.33 per square foot.) Ziggy (shown above) calls it the GOBCOBATRON and built it at the Dancing Rabbit Ecovillage in Missouri. Cob house Archives - Tiny House Swoon. Cob Houses: An Ancient Solution to a Modern Problem. Images of a cob house built for under $250 in England two years ago have been re-circulating the internet lately, inspiring tiny-house-enthusiasts and back-to-the-landers with hope that living off the grid on a low budget might not be too far out of reach. 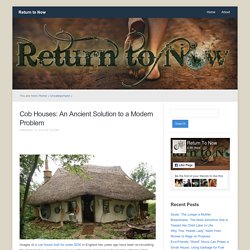 While this does appear to be a true story, beautifully captured in this Telegraph.com slideshow, it might not be quite that easy or cheap for the average American to build. Alexander Sumerall of ThisCobHouse.com says it’s a misconception that cob homes are always “dirt cheap.” While the cost of materials – clay, sand, straw and water – is low, the “prices for earthen buildings vary dramatically around the world,” he writes. “Luxury earthen homes in the American southwest can cost hundreds of thousands or even millions of dollars. At the low end of the price spectrum, somewhere on the other side of the world, you might be able purchase a smaller earthen dwelling for about the cost of your Starbucks latte and afternoon meal.” 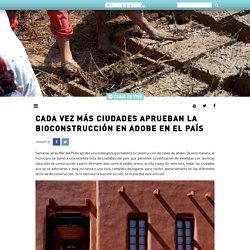 Desde entonces, varios municipios han aprobado normativas para regular la construcción con técnicas naturales. Luis Beltrán (Río Negro) Groundwork Episode 1 - Building With Cob. Can Earth Building Scale Up to the Mainstream? Robert Alcock on the Power of Keeping It Small. Rob Hopkins: Our recent post about Kevin McCabe’s ‘cob citadel’ and what we might learn from it about ‘scaling up’ generated a lot of debate and discussion. 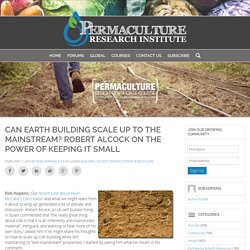 Robert Alcock, a cob self-builder living in Spain commented that “the really great thing about cob is that it is an inherently anti-mainstream material”. Modern hobbit house: a tiny cob home. Austin coder builds timeless cob home using precise patterns. When Gary Zuker bought an undeveloped piece of land outside of Austin (Texas) 25 years ago, he knew the only way he could afford a home on it was to build it himself. 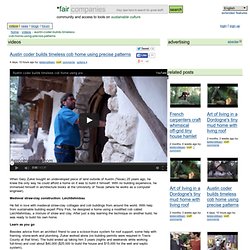 With no building experience, he immersed himself in architecture books at the University of Texas (where he works as a computer engineer). The Mud House. A self-built house constructed from earth bags in Turkey. 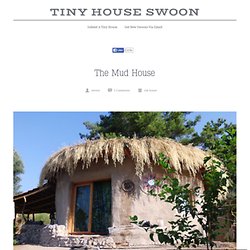 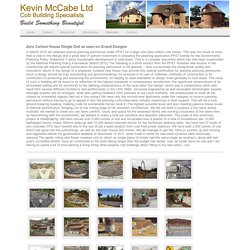 This was the result of more than a year in the design and a great deal of upfront investment in preparing the planning application.PPS7 stands for the Governments Planning Policy Statement 7 about Sustainable development in rural areas. This is a complex document which has now been superseded by the National Planning Policy Framework (March 2012) The following is a short extract from the PPS7 ''Isolated new houses in the countryside will require special justification for planning permission to be granted ...Very occasionally the exceptional quality and innovative nature of the design of a proposed, isolated new house may provide this special justification for granting planning permission. 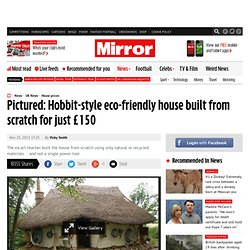 Resourceful Michael Buck, 59, created the “cob” home at the bottom of his garden using an ancient building technique. Unique Cob Cottage w: Mayne Island. I booked the cob cottage for my parents' 30th anniversary. They had a lovely time! In their words: We’d like to thank Alexis, Manny, their two children and Sam for their graciousness in hosting us at the cob house. It was a great joy to stay on the island. Alexis and Manny are wonderful hosts. Sam was a very good substitute for the cats we left behind. The cob house was amazing with all the smooth curves in the designs, the flow of the building was very comforting. We look forward to visiting again. Thanks Again, Tony and Hazel. Elaman Puu. Small cob dwelling in Southern Finland built with no previous building experience. Built by Heidi Vilkman. Read the entire story and see more here. Save. Pun Pun Organic Farm. We are currently around 15 Thais and international peoples (mostly Thai), speaking both English and Thai, and spanning in age from five-years old to 47.

We moved onto the Pun Pun land in July 2003. We live, eat, work, and teach together in community. We work the organic gardens together. We build our natural dwellings with our own hands. We maintain a seed-saving operation where we collect, propagate, and network rare, heirloom, and local seeds. Photo Gallery. Pat's First Cob (1998) This was Patrick's first cob project on his own after taking a one week workshop with Cob Cottage Company (CCC) in 1997. He built the foundation and then used beach logs for the frame.

CCC then taught a 2 week course, after which Patrick finished the walls and roof. Tracy and Patrick did the plastering. The budget for the project was $1,000. Tiny Cob House In The Woods. Small cob house in BC, Canada. The cob house experienced severe damage from a tree that fell through the roof after a wind storm. The fallen tree was locally milled to provide wood for the new 2nd floor. Build by the Mudgirls. The Cob House Collection at Natural Homes. Modern hobbit house: a tiny cob home. The Most Beautiful Green Home Building Construction Project Ever? - Green Building Elements. Design Published on April 9th, 2009 | by ziggy April 9th, 2009 by ziggy.