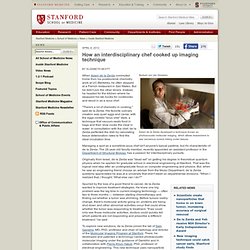 When Adam de la Zerda commuted home from his postdoctoral chemistry work at UC-Berkeley, he often stopped at a French restaurant in San Mateo. But he didn't join the other diners. ‎www.accenture.com/Microsites/innovation-awards/2012/fs/Documents/pdf/Accenture-What-Banks-Can-Learn-from-Top-Innovators-in-Other-Industries.pdf. Breaking the ISE: Mashup for Innovation Success. Mash-ups are an innovation power tool. 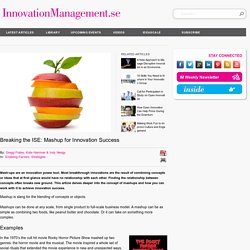 Most breakthrough innovations are the result of combining concepts or ideas that at first glance would have no relationship with each other. Finding the relationship between concepts often breaks new ground. This article delves deeper into the concept of mashups and how you can work with it to achieve innovation success. Mashup is slang for the blending of concepts or objects. Breaking down Amazon’s mega dropdown. The hover effects on Amazon’s big ‘ole “Shop by Department” mega dropdown are super fast. 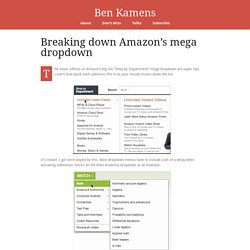 Look'it how quick each submenu fills in as your mouse moves down the list: Inspired By Golf Balls, Nike's Bumpy Tracksuit May Help Sprinters Break Records. The current record for the 100-meter dash is more than three years old. 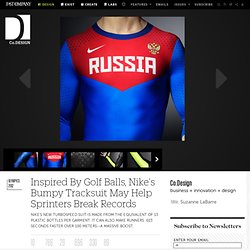 It was set back in 2009 by Jamaica’s Usain Bolt, who ran it in 9.58 seconds. The women’s record is even older--it was set by Florence Griffith-Joyner24years ago. Why Innovation By Brainstorming Doesn't Work. Eleven men and women file into a conference room and take their places around a large table. 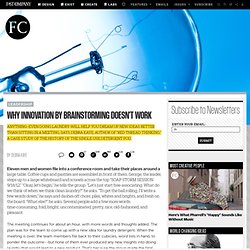 Coffee cups and pastries are assembled in front of them. George, the leader, steps up to a large whiteboard and scrawls across the top “SOAP STORM SESSION 9/18/12.” “Okay, let’s begin,” he tells the group. “Let’s just start free-associating. What do we think of when we think clean laundry?” The meeting continues for about an hour, with more words and thoughts added. Hangmat + bad = hangbad. Wat je krijgt als je een hangmat kruist met een bad? 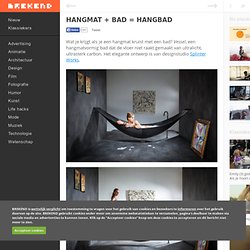 Beatles' Abbey Road cover in Calcutta traffic campaign. 19 February 2013Last updated at 03:53 ET The police has put up 40 hoardings carrying the Beatles' photo Police in the eastern Indian city of Calcutta are using the picture on the cover of the iconic Beatles album Abbey Road in a campaign to enforce road safety. 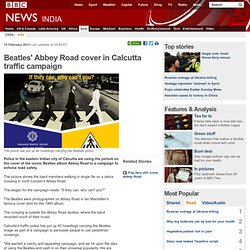 The picture shows the band members walking in single file on a zebra crossing in north London's Abbey Road. The slogan for the campaign reads: "If they can, why can't you? " The Beatles were photographed on Abbey Road in Ian Macmillan's famous cover shot for the 1969 album. The crossing is outside the Abbey Road studios, where the band recorded much of their music. Calcutta's traffic police has put up 40 hoardings carrying the Beatles image as part of a campaign to persuade people to use pedestrian crossings.

Why An Apple iCar Is Actually a Great Idea. The New York Times‘ Nick Bilton reminded everyone recently what we previously learned from longtime Apple board member Mickey Drexler: Steve Jobs wanted to build an Apple iCar. 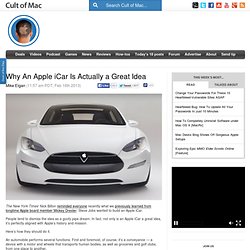 People tend to dismiss the idea as a goofy pipe dream. In fact, not only is an Apple iCar a great idea, it’s perfectly aligned with Apple’s history and mission. Here’s how they should do it. Cross-Industry Idea-Sharing: Download “Selling Through a Slump” E-Book. Sales 2.0 philosophy includes sharing good ideas and best practices, both internally and with prospects and customers. 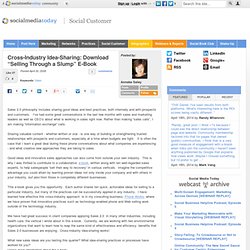 I’ve had some great conversations in the last few months with sales and marketing leaders as well as CEO’s about what is working in sales right now. Cross-industry Collaboration Spurs Innovation: Procter & Gamble as Example. A great example of a group of companies that collaborate to innovate. 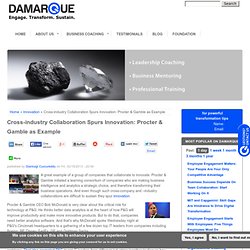 Procter & Gamble initiated a learning consortium of companies who are making business intelligence and analytics a strategic choice, and therefore transforming their business operations. And even though such cross-company and –industry collaborations are difficult to sustain they spur innovation. Procter & Gamble CEO Bob McDonald is very clear about the critical role for technology at P&G: He thinks better data analytics is at the heart of how P&G will improve productivity and make more innovative products. But to do that, companies need better analytics software. 10 Things Business Leaders Should Learn From Educators. If you Google the words “what education can learn from” you’ll find articles ranging from “What Education Can Learn from the NFL” to “What Education Can Learn from Video Games” to “What Education Can Learn from Bernie Madoff.”

But what has struck me is what business can learn from education. These are principles so valuable that the business world needs to take heed and learn from educators. Below are 10 principles and lessons I believe should be incorporated in every boardroom, every office, and every MBA program. Lesson 1 – Know what you stand for. Educators stand for the belief that every child should have the tools to succeed – this applies to everything from basic literacy to graduation from high school to college and career preparedness. 10 Things Call Center Managers Can Learn from Psychologists.

Psychologists are experts at interacting with individuals, diagnosing problems, engaging in collaborative problem solving and communicating effectively. These are all skills that are required for a call center agent to perform their job effectively. By learning and applying the right skills and techniques, a good call center agent can develop into an excellent agent. Below are 10 tips borrowed from the field of psychology that can improve the agent-customer interaction within a call center. 1. Develop an alliance.

What Contact Centers Can Learn From Public Safety - Call Center and CRM Best Practices. To the harried managers of a modern commercial contact center, it might seem like nothing could be more urgent than squeezing every bit of efficiency and productivity out of operations. But they would be wrong. There is an environment in which the stakes are higher, where delivering top-notch “service” is an organizational number one priority. That is in the public safety sector, where callers are people in intense distress and the dispatcher is literally providing them a lifeline. Public safety centers are operational close cousins to commercial contact centers: they both rely on intelligently processing a high volume of inbound contacts at the lowest possible cost that is consistent with the highest available level of service.

What Transportation And Public Health Can Learn From Each Other About Changing Public Behaviors. Which of the following is more likely to get you to drive slower down a street? Or to get the majority of car drivers on that street to slow down? · A talk with a friend about the dangers of speeding to yourself and others. · A newly posted sign announcing a lower speed limit. · A stop sign placed in the middle of the block. · A series of speed bumps along the road.