Forward Together: SC in WWI. 52 women recount time in Deep South in the 1960s. A restlessness in her soul wouldn't let Gloria House be. She was a graduate student in 1963 studying French at the University of California at Berkeley. But how could she study when four little black girls were blown to bits by dynamite that tore through their Birmingham, Ala., church?

And when the bodies of three boys -- two white, one black -- who'd gone south to help black people, were found buried on a Mississippi farm? Those incidents and other examples of racial injustice called House to go to the Deep South in 1965. She planned to go just for the summer to help teach black people to read and to register to vote. "Being a graduate student seemed insignificant compared to a life and death struggle," says House, now in her 60s and living in Detroit. House's story is one of 52 featured in the book "Hands on the Freedom Plow: Personal Accounts by Women in SNCC" (University of Illinois Press, $34.95). "You could sense, you could feel the awakening of the people themselves," she says. South Carolina Signs. This old sign still stands for now at an abandoned mini golf course. 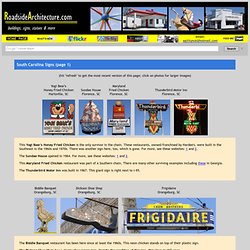 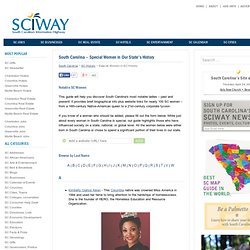 It provides brief biographical info plus website links for nearly 100 SC women – from a 16th-century Native-American queen to a 21st-century corporate tycoon. If you know of a woman who should be added, please fill out the form below. Browse by Last Name Kimberly Clarice Aiken - This Columbia native was crowned Miss America in 1994 and used her fame to bring attention to the hardships of homelessness. Marjorie Amos-Frazier - Born in Manning, this long-time public servant and Civil Rights leader was honored in 1993 when a portion of I-26 was named for her. 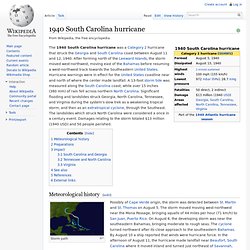 Martin and St. Thomas on August 5. The storm moved moving west-northwest near the Mona Passage, bringing squalls of 44 miles per hour (71 km/h) to San Juan, Puerto Rico. Preparations[edit] From August 7 and 9, small craft were advised to exercise caution over the eastern Bahamas and western subtropical Atlantic Ocean as the system approached the region.[4][5][6] By 9:30 a.m. on August 10, small craft warnings were in effect for the extreme northern Bahamas, and along the United States coast from Miami, Florida to Cape Hatteras, North Carolina.[7] By the morning of August 11, storm warnings were in effect from Wilmington, North Carolina northward to Cape Hatteras and from Savannah, Georgia to Fernandina Beach, Florida. Impact[edit] Storm total rainfall for the hurricane The hurricane left $13 million (1940 USD) in damage and 50 dead. 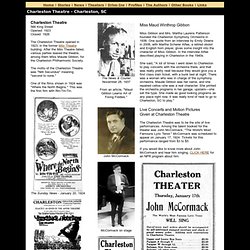 Among the talent booked for the theater was John McCormack, "The World's Most Famouns Lyric Tenor. " McCormack was scheduled to appear on January 17, 1924. Tickets for this performance ranged from $3 to $5. If you would like to know more about John McCormack and hear him singing, CLICK HERE for an NPR program about him. The Evening Post - January 12, 1924. 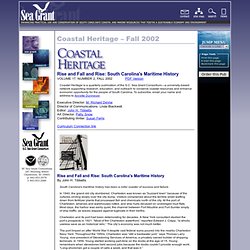 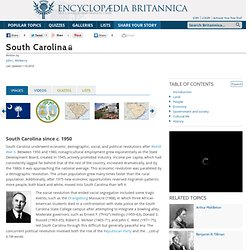 Between 1950 and 1980, nonagricultural employment grew exponentially as the State Development Board, created in 1945, actively promoted industry. Income per capita, which had consistently lagged far behind that of the rest of the country, increased dramatically, and by the 1980s it was approaching the national average. 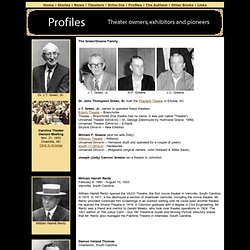