Geograph Britain & Ireland. Atlas of Building Stone. This Building Stone web application allows you to access the information held within the Strategic Stone Database through a map-based interface. 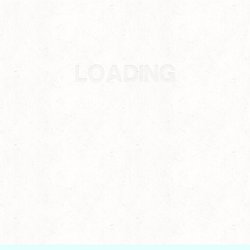 Accessing the data There are several ways to access the data held within the map. Search for Building or Quarry Stones – Search for either Buildings or Quarries within Mineral Planning Authorities whose records contain data on a particular stone type. For example, search for all Stone Buildings, within Bedford Borough Council which contain Great Oolite Limestone.

Left-click map feature – Clicking on a map feature, such as a building or quarry, will display a box containing information about that particular site, such as which MPA it belongs to, any alternative names, where the information was sourced from and listing any known stones recorded there. Astwell Castle Alec R Brooking. Bosbury History Resource - The History of a Herefordshire Village. Wcolour by Beryl Hobbs of Bosbury. Wcolour by Beryl Hobbs [Tewkesbury Abbey & Mill on the Mill Avon] Tewkesbury Abbey & Mill across the Mill Avon [ A ] Kenneth M Walker 2015. Tewkesbury annotated map. St Margaret, Whaddon - Gloucestershire. Thomas Richardson House & James Cook High Green. National Parks - OSS. With a government announcement on the review of England’s protected landscapes imminent, our general secretary Kate Ashbrook reflects on the seventieth anniversary of national parks and the work still to be done. 2019 marked 70 years since the 1949 Act of Parliament was passed which established the family of National Parks in England and Wales, at Castleton in the Peak District National Park. 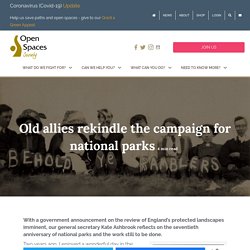 In March 2019, Campaign for National Parks, the Youth Hostel Association and others marked this achievement with a special 70th anniversary walk at Castleton in the Peak District. IoPA 10th AGM Harrogate 1937. Stow Maries RFC Aerodrome. Transatlantic flight of Alcock and Brown - Wikiwand. Background Arthur Whitten Brown was born in Glasgow, Scotland in 1886 to American parents, and shortly afterwards the family moved to Manchester. 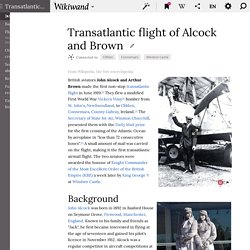 Known to his family and friends as "Teddie", he began his career in engineering before the outbreak of the First World War. Brown also became a prisoner of war, after being shot down over Germany. Once released and back in Britain, Brown continued to develop his aerial navigation skills. RAF Bentley Priory. Bentley Priory Museum is located in Stanmore, north west London. 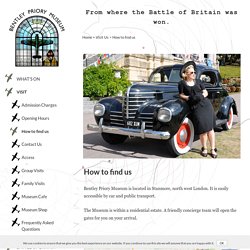 RAF Holmpton. The Paris Agreement - Brookings. Square Kilometre Array - Outreach and Education. Oceans. The Green Blue. The Green Blue is the joint environment programme between the Royal Yachting Association and British Marine, established in 2005 at the Southampton Boat Show. 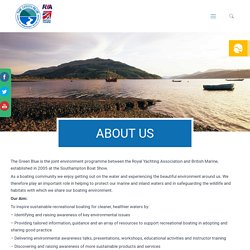 As a boating community we enjoy getting out on the water and experiencing the beautiful environment around us. We therefore play an important role in helping to protect our marine and inland waters and in safeguarding the wildlife and habitats with which we share our boating environment. Our Aim: To inspire sustainable recreational boating for cleaner, healthier waters by: – Identifying and raising awareness of key environmental issues – Providing tailored information, guidance and an array of resources to support recreational boating in adopting and sharing good practice – Delivering environmental awareness talks, presentations, workshops, educational activities and instructor training. Windy: Track team Malizia and Greta on their journey across the Atlantic. MarineTraffic map. Flying with Clean Technologies for a Clean Future. By writing the next pages in aviation history with solar energy, and voyaging around the world without fuel or pollution, meeting the public enthusiasm, Solar Impulse is the messenger for Bertrand Piccard’s initial vision, written in 2004: « Our ambition for Solar Impulse is for the worlds of exploration and innovation to make a contribution to the cause of renewable energies. 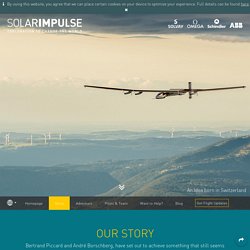 We want to demonstrate the importance of clean technologies for sustainable development; and to place dreams and emotions back at the heart of scientific adventure. The public, which gets excited about great adventures, is ready to join the dreams of pioneers and explorers. Solar Impulse wants to mobilize this enthusiasm in favor of technologies that will allow decreased dependence on fossil fuels and induce positive emotions about renewable energies. LCER - Home. Anthony Gormley poster. European Movement. The European Movement UK is a grass-roots, independent, pro-European organisation, working to give a voice to those who believe that Britain’s future lies side by side with our European partners. 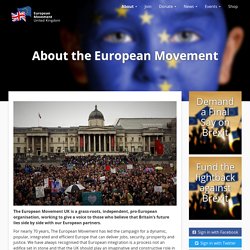 For nearly 70 years, The European Movement has led the campaign for a dynamic, popular, integrated and efficient Europe that can deliver jobs, security, prosperity and justice. Join - Labour Movement for Europe. We are the only pro-EU society affiliated to the Labour Party. 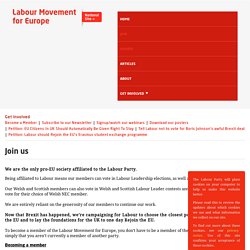 Being affiliated to Labour means our members can vote in Labour Leadership elections, as well as our own internal elections. Our Welsh and Scottish members can also vote in Welsh and Scottish Labour Leader contests and Welsh members also get to vote for their choice of Welsh NEC member. Research - Intergenerational Foundation. What we do — Youthonomics. Data for democracy policy. Our policy statements and reports, correspondence, and consultation responses relating to data democracy are informed by our National Statistics Advisory Group and wider consultation, coordinated by the Policy and Research Manager. 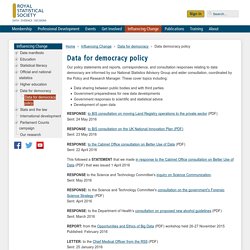 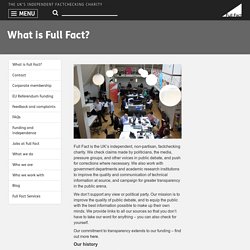 We check claims made by politicians, the media, pressure groups, and other voices in public debate, and push for corrections where necessary. We also work with government departments and academic research institutions to improve the quality and communication of technical information at source, and campaign for greater transparency in the public arena. We don’t support any view or political party. £350 million EU claim "a clear misuse of official statistics" The UK Statistics Authority has criticised Boris Johnson for “a clear misuse of official statistics”.

Mr Johnson wrote in the Telegraph last week: “And yes – once we have settled our accounts, we will take back control of roughly £350 million per week. It would be a fine thing, as many of us have pointed out, if a lot of that money went on the NHS”. We have never paid the EU £350 million a week and we have never owed the EU £350 million a week. Boris johnson trial brexit lying vote leave. Boris Johnson is to go on trial for allegedly “lying and misleading the British public” about the consequences of Brexit.

A judge summonsed the Conservative MP to appear in court after a member of the public launched a private prosecution over claims EU membership was costing the UK £350m a week. District Judge Margot Coleman threw out arguments by Mr Johnson’s lawyers that the case was a “vexatious” attempt to undermine the result of the 2016 referendum. We’ll tell you what’s true. You can form your own view. From 15p €0.18 $0.18 USD 0.27 a day, more exclusives, analysis and extras. Boris Johnson’s £350m claim is devious and bogus. Here’s why. Sir Tim Berners-Lee attacks Tories over misinformation. Media playback is unsupported on your device The inventor of the World Wide Web has accused the Conservatives of spreading misinformation during the general election campaign.