Tiamat. In the religion of ancient Babylon, Tiamat (Akkadian: 𒀭𒋾𒊩𒆳 DTI.AMAT or 𒀭𒌓𒌈 DTAM.TUM, Greek: Θαλάττη Thaláttē)[3] is a primordial goddess of the salt sea, mating with Abzû, the god of fresh water, to produce younger gods. 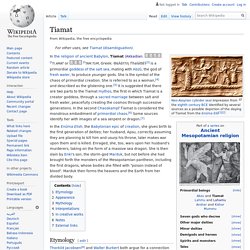 Peter Frost Université Laval (Canada) and St. Andrews University (Scotland). [This article summarizes Frost (2006) and includes updates in response to criticism.] Most humans have only one hair color and one eye color. Why this color diversity? Others put the cause down to intermixture with Neanderthals. For others still, this color diversity arose through random factors: genetic drift, founder effects, relaxation of natural selection, etc. Thus, some kind of non-random process seems to have targeted hair and eye color per se, that is, as visible characteristics. In other animals, bright colors are usually due to sexual selection. This sort of rare-color advantage has been reported in humans. But why is hair and eye color so much more diverse in Europe than elsewhere? Sexual selection intensifies when the "Operational Sex Ratio" (OSR) ceases to be balanced, i.e., when too many of one sex are competing for too few of the other.

Perhaps. The Ultimate Guide to Worldwide Etiquette. Earth album alpha - a slicker google maps + flickr mash-up - StumbleUpon. Ravenna. Byzantine Empire. The Byzantine Empire, alternatively known as the Eastern Roman Empire, was the predominantly Greek-speaking eastern half continuation and remainder of the Roman Empire during Late Antiquity and the Middle Ages. 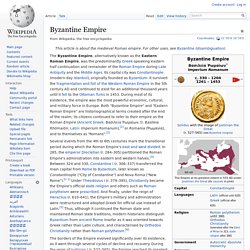 Its capital city was Constantinople (modern-day Istanbul), originally founded as Byzantium. It survived the fragmentation and fall of the Western Roman Empire in the 5th century AD and continued to exist for an additional thousand years until it fell to the Ottoman Turks in 1453. During most of its existence, the empire was the most powerful economic, cultural, and military force in Europe. Both "Byzantine Empire" and "Eastern Roman Empire" are historiographical terms created after the end of the realm; its citizens continued to refer to their empire as the Roman Empire (Ancient Greek: Βασιλεία Ῥωμαίων, tr. 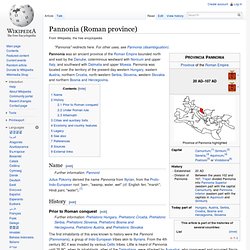 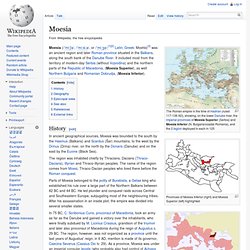 Bulgaria/coastal Romania), and the 2 legion deployed in each in 125 Provinces of Moesia Inferior (right) and Moesia Superior (left) highlighted Moesia Inferior (highlighted). Moesia Superior (highlighted). Moesia (/ˈmiːʃə/, /ˈmiːsi.ə/, or /ˈmiːʒə/;[1][2] Latin; Greek: Μοισία)[3] was an ancient region and later Roman province situated in the Balkans, along the south bank of the Danube River. History[edit] Frisia. Frisia or Friesland[1] is a coastal region along the southeastern corner of the North Sea, i.e. the German Bight. 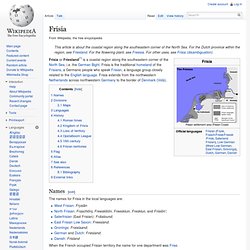 Frisia is the traditional homeland of the Frisians, a Germanic people who speak Frisian, a language group closely related to the English language. Frisia extends from the northwestern Netherlands across northwestern Germany to the border of Denmark (Vidå). Names[edit] The names for Frisia in the local languages are: West Frisian: FryslânNorth Frisian: Fraschlönj, Freesklöön, Freeskluin, Fresklun, and Friislön’;Saterfrisian (East Frisian): Fräislound;East Frisian Low Saxon: Freesland;Gronings: Fraislaand;German and Dutch: Friesland;Danish: Frisland. Germania Superior. The Roman empire in the time of Hadrian (ruled 117-138 AD), showing, on the upper Rhine river, the imperial province of Germania Superior (Franche-Comté/Alsace-Lorraine/Baden-Württemberg), and the 2 legions deployed there in 125. 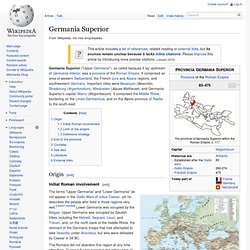 Northern part of the province with the Limes Germanicus. Germania Superior ("Upper Germania"), so called because it lay upstream of Germania Inferior, was a province of the Roman Empire. It comprised an area of western Switzerland, the French Jura and Alsace regions, and southwestern Germany. Important cities were Besançon (Besontio), Strasbourg (Argentoratum), Wiesbaden (Aquae Mattiacae), and Germania Superior's capital, Mainz (Mogontiacum). It comprised the Middle Rhine, bordering on the Limes Germanicus, and on the Alpine province of Raetia to the south-east. Origin[edit] Initial Roman involvement[edit] Slavic peoples. The Slavs are an Indo-European ethno-linguistic group living in Central Europe, Eastern Europe, Southeast Europe, North Asia and Central Asia, who speak the Indo-European Slavic languages, and share, to varying degrees, certain cultural traits and historical backgrounds. 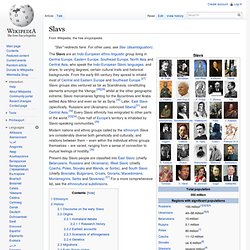 From the early 6th century they spread to inhabit most of Central and Eastern Europe and Southeast Europe.[27] Slavic groups also ventured as far as Scandinavia, constituting elements amongst the Vikings;[28][29] whilst at the other geographic extreme, Slavic mercenaries fighting for the Byzantines and Arabs settled Asia Minor and even as far as Syria.[30] Later, East Slavs (specifically, Russians and Ukrainians) colonized Siberia[31] and Central Asia.[32] Every Slavic ethnicity has emigrated to other parts of the world.[33][34] Over half of Europe's territory is inhabited by Slavic-speaking communities.[35] Ethnonym[edit] European countries where a Slavic language is the official one on the entire territory History[edit]

Germanic People - Tribes and Races. The Germanic Peoples (also called Teutonic in older literature) are a historical ethno-linguistic group, originating in Northern Europe and identified by their use of the Indo-European Germanic languages which diversified out of Common Germanic in the course of the Pre-Roman Iron Age. 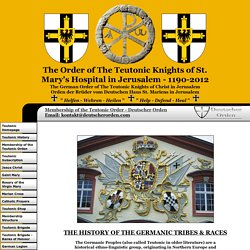 The descendants of these peoples became, and in many areas contributed to, the ethnic groups of North Western Europe: the Germans,Norwegians, Swedish, Finland-Swedes, Danish, Faroese, English, Icelanders,Austrians, Dutch and Flemish, and the inhabitants of Switzerland, Alsace, Lorraine (German: Lothringen) and Friesland on the continent.