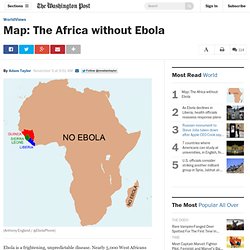 Nearly 5,000 West Africans have died from the current outbreak with more than 13,000 people thought infected. However, so far the problem remains largely limited to Liberia, Guinea and Sierra Leone. Two other countries, Nigeria and Senegal, have had cases, yet are now Ebola-free. The DR Congo had an outbreak of a different strain of Ebola that now looks like it might be contained. Despite clear geographical limits to the Ebola outbreak, many Americans seem confused. These countries are nowhere near the West African countries where Ebola is actually a problem. England has some relevant back story here as well: "I used to run scientific conferences in West Africa, to make leading scientific researchers, and problem solvers in general, in the West all the more aware of the pressing concerns of the developing world," he explains in an e-mail. Analyzing Primary Sources: Maps - Take Online Modules - Professional Development. Professional Development. 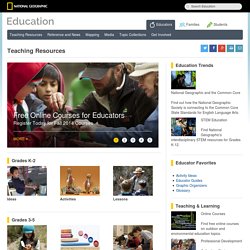 Review some of the causes of ancient human migrations. Ask: Are humans still migrating today? Historic Maps in K-12 Classrooms. National Geographic Society - Google Maps Gallery. American FactFinder. Places in the News. How Maps mislead and bias Us. World maps influence our model of the world. 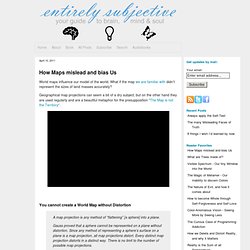 What if the map we are familiar with didn’t represent the sizes of land masses accurately? Geographical map projections can seem a bit of a dry subject, but on the other hand they are used regularly and are a beautiful metaphor for the presupposition “The Map is not the Territory“. You cannot create a World Map without Distortion A map projection is any method of “flattening” [a sphere] into a plane.Gauss proved that a sphere cannot be represented on a plane without distortion.

Since any method of representing a sphere’s surface on a plane is a map projection, all map projections distort. North hasn’t always been Up It is completely artificial that we have North at the top of a map. Therefore, what we assume to be self-evident that North is “Up” on a map, is indeed completely arbitrary. There is no All-Purpose Map When we deal with the territory we usually have a goal in mind. Direct flight route from New York to Hong Kong on a Mercator Map. Teachers Homepage - National Geographic Education. This website would like to remind you: Your browser (Firefox 17) is out of date. 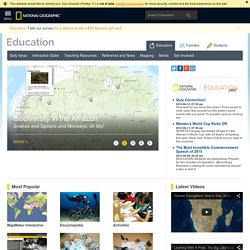 Update your browser for more security, comfort and the best experience on this site. Educators! Take our survey for a chance to win a $50 Amazon gift card. Xpeditions is now archived in National Geographic Education's new website—natgeoed.org If you liked Xpeditions, you'll love the new media-rich natgeoed.org. Www.natgeoed.org Please note: to search for Xpeditions content, check the “include archive” filter.

National Geographic Education Twitter Facebook Google+ Email Quiz Connection! Most Popular Latest Videos Giant Traveling Maps. Mapping. Beyond Borders. The audio, illustrations, photos, and videos are credited beneath the media asset, except for promotional images, which generally link to another page that contains the media credit. 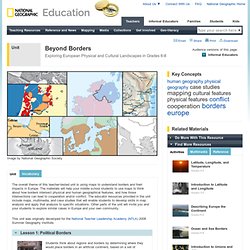 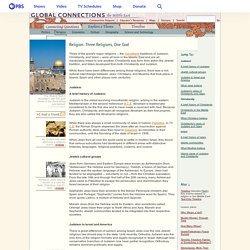 Many non-Muslims mistakenly believe that Muhammad is the equivalent of Jesus in the Islamic tradition; in fact, it is the Quran that stands in the same central position in Islam as Jesus does in Christianity. Muhammad himself is not divine, but a prophet chosen by God to deliver his message and an example of piety to emulate. Jews and Christians are specifically protected in the Quran as Peoples of the Book, reinforcing their spiritual connection to Islam by virtue of having been given revelations from God. The Islamic legal tradition has upheld the rights of Jews and Christians to maintain their beliefs and practices within their communities in Islamic lands, and this policy of tolerance has generally been upheld. Back to top Related sites Christians in the Middle East: ? Beliefnet Web Site: Web site on religion Related topics.