The Age of Leo (The Leonian Age) 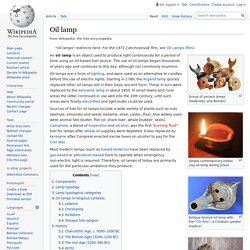 Oil lamps are a form of lighting, and were used as an alternative to candles before the use of electric lights. Sources of fuel for oil lamps include a wide variety of plants such as nuts (walnuts, almonds) and seeds (sesame, olive, castor, flax). Most modern lamps (such as fueled lanterns) have been replaced by gas-based or petroleum-based fuels to operate when emergency non-electric light is required. Components[edit] The following are the main external parts of a terra-cotta lamp: ShoulderPouring hole. Mythic Warriors - Mythic Warriors. Hercules Labors - Hercules 1st Labor. Labor 1 - Nemean Lion The Nemean Lion's pelt became Hercules' familiar trademark. 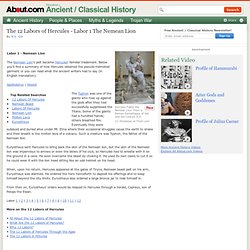 Below you'll find a summary of how Hercules obtained the pseudo-helmeted garment or you can read what the ancient writers had to say (in English translation): Apollodorus | Hesiod The Typhon was one of the giants who rose up against the gods after they had successfully suppressed the Titans. Some of the giants had a hundred hands; others breathed fire. Eurystheus sent Hercules to bring back the skin of the Nemean lion, but the skin of the Nemean lion was impervious to arrows or even the blows of his club, so Hercules had to wrestle with it on the ground in a cave. When, upon his return, Hercules appeared at the gates of Tiryns, Nemean beast pelt on his arm, Eurystheus was alarmed. 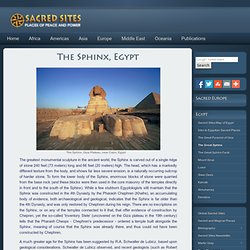 The head, which has a markedly different texture from the body, and shows far less severe erosion, is a naturally occurring outcrop of harder stone. To form the lower body of the Sphinx, enormous blocks of stone were quarried from the base rock (and these blocks were then used in the core masonry of the temples directly in front and to the south of the Sphinx). While a few stubborn Egyptologists still maintain that the Sphnix was constructed in the 4th Dynasty by the Pharaoh Chephren (Khafre), an accumulating body of evidence, both archaeological and geological, indicates that the Sphinx is far older than the 4th Dynasty, and was only restored by Chephren during his reign. A much greater age for the Sphinx has been suggested by R.A.

John anthony west the sphinx. 10,500 bc. Leo (astrology) In astrology, a decan is said to be the ensign for a set of days within the heliocentric phase of Leo. 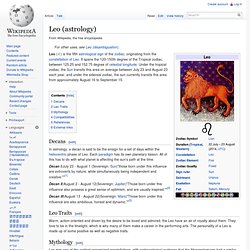 Each paradigm has its own planetary liaison. All of this has to do with what planet is affecting the sun's path at the time. Decan I:July 23 - August 1 (Sovereign: Sun)"those born under this influence are extroverts by nature, while simultaneously being independent and creative. ""[1] Decan II:August 2 - August 12(Sovereign: Jupiter)"Those born under this influence also possess a great sense of optimism, and are usually inspired Decan III:August 13 - August 22(Sovereign: Mars)"Those born under this influence are also ambitious, honest and dynamic Warm, action-oriented and driven by the desire to be loved and admired, the Leo have an air of royalty about them. Greek stamp depicting a mosaical image of the encounter between Hercules and Leo,the Nemean Lion. The Roman poet Ovid called it Herculeus Leo and Violentus Leo. Early Hindu astronomers knew it as Asleha and as Sinha, the Tamil Simham.

Leo (constellation) The constellation Leo as it can be seen by the naked eye (the bright object in the centre of the picture is the planet Jupiter). 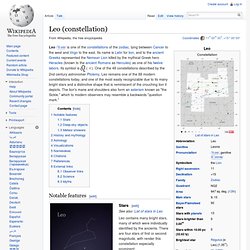 AlltheSky.com Leo contains many bright stars, many of which were individually identified by the ancients. There are four stars of first or second magnitude, with render this constellation especially prominent: There are several other bright double and binary stars in Leo. Zeta Leonis, called Adhafera, is an optical triple star. The other named stars in Leo are Mu Leonis, Rasalas (an abbreviation of "Al Ras al Asad al Shamaliyy," meaning "The Lion's Head Toward the South"); and Theta Leonis, Chertan or Coxa ("hip"). [2] Leo is also home to one bright variable star, the red giant R Leonis. The star Wolf 359 (CN Leonis), one of the nearest stars to Earth at 7.8 light-years away, is in Leo. The carbon star CW Leo (IRC +10216) is the brightest star in the night sky at the infrared N-band (10 μm wavelength). Messier 66 Diagram of H.A. H.A.