The Subtly Offensive Phrases We Need To Stop Saying. "Oh, you're so pretty for a black girl. 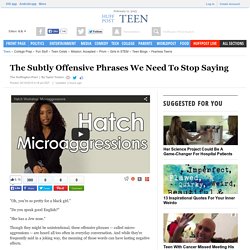 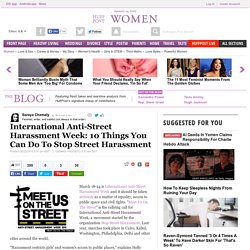 "Meet Us On The Street" is the rallying call for International Anti-Street Harassment Week, a movement started by the organization Stop Street Harassment. You Don’t Have To Be Pretty – On YA Fiction And Beauty As A Priority. Charlie Hebdo: The French satirical magazine is heroic. It is also racist. In the Wake of Charlie Hebdo, Free Speech Does Not Mean Freedom From Criticism. On Wednesday morning, the French satirical paper Charlie Hebdo was attacked by three masked gunmen, armed with kalashnikovs, who stormed the building and killed ten of its staff and two police officers. 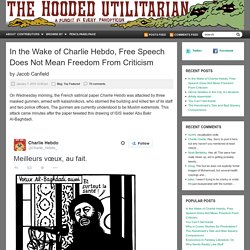 The gunmen are currently understood to be Muslim extremists. This attack came minutes after the paper tweeted this drawing of ISIS leader Abu Bakr Al-Baghdadi. BattyMamzelle: For Feminists Who Resort To Racism When Slut Shaming Is Not Enough. The fightback against gendered toys. Three years ago, while she was on maternity leave, Ros Ball and her partner, James, began a diary of their children's lives. 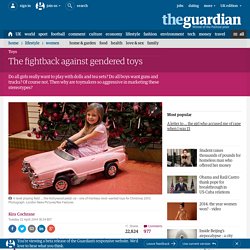 Their daughter Josie was three and their son Clem three months old. They wanted to record the moments when their children were made aware of gender stereotypes; when they were directed towards a view of the world in which girls and boys inhabit separate, rigid spheres of pink and blue – the first sphere passive, pretty and gentle, the second aggressive, active and strong.

The results were tweeted under the title Baby Gender Diary, and Ball, a broadcast journalist who lives in London, couldn't believe how much there was to write about. I’m Glad I’m a Boy! I’m Glad I’m a Girl! By Maria Popova “Boys fix things. 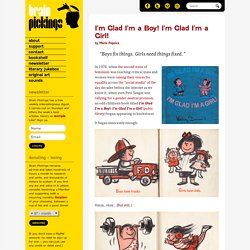 Nearly 15 years later, it wondered if instead, perhaps feminism should be banned. Jennifer Lawrence? Emma Watson? These aren't the feminists you're looking for. Recently, a young woman asked me how we can make feminism more accessible to men. 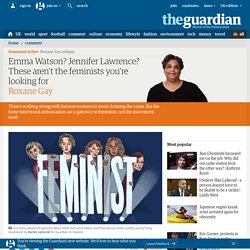 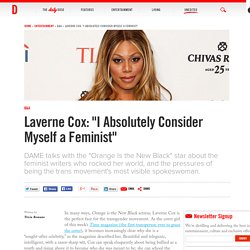 Do you feel pressure to shed light on certain topics? What topics does the general public most need help with understanding? Yes, I feel pressure. I think the biggest thing is taking away the stigma away from being trans. John Berger / Ways of Seeing , Episode 1 (1972) My First Name Ain’t Baby: ‘Hey Baby’ and Street Harassment. I heart NY. 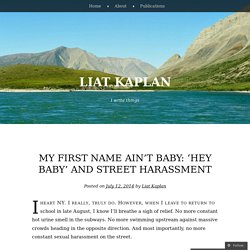 I really, truly do. However, when I leave to return to school in late August, I know I’ll breathe a sigh of relief. No more constant hot urine smell in the subways. No more swimming upstream against massive crowds heading in the opposite direction. And most importantly, no more constant sexual harassment on the street. I doubt that street harassment is more of a problem in New York City than any other highly populated urban area where a lot of people walk. The Next American Revolution: Sustainable Activism for the Twenty-First Century - Grace Lee Boggs. "Reading Grace Lee Boggs helps you glimpse a United States that is better and more beautiful than you thought it was. 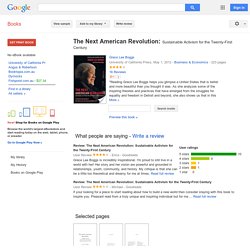 As she analyzes some of the inspiring theories and practices that have emerged from the struggles for equality and freedom in Detroit and beyond, she also shows us that in this country, a future revolution is not only necessary but possible. " --Michael Hardt, co-author of "Commonwealth" "This groundbreaking book not only represents the best of Grace Lee Boggs, but the best of any radical, visionary thinking in the United States. She reminds us why revolution is not only possible and necessary, but in some places already in the making. The conditions we face under neoliberalism and war do, indeed, mark the end of an era in which the old ideological positions of protest are not really relevant or effective--and this book offers a new way forward.

" "Grace Boggs has long been a major voice of hope and action for transformation of the United States and the world. Mansplaining Beyoncé and Nicki and the “Flawless” Remix «