What you need to know about artificial intelligence, and the imminent robot future - CNET. Technology Forecast: Lowering the barrier to innovation in robotics: PwC. Eugene Izhikevich of Brain Corporation explains why programming robots is a key barrier to their success and forecasts how brain-inspired learning will change the game. 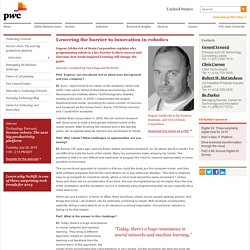 Interview conducted by Vinod Baya and Bo Parker PwC: Eugene, can you please tell us about your background and your company? EI: Sure. I spent most of my career in the academic world until 2009. The Next Wave. Vehicle designs from Momentum. Our good friends over at Gadget-bot have recently posted a concept trailer for their Momentum project. 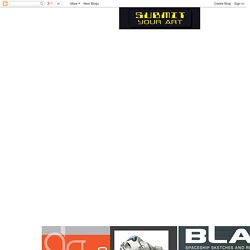 There are also a few turntable renders of some vehicles. Nice! Klou. Recent headlines declaring "Robot Kills Man in Germany" are examples of growing news coverage about the impact of robots on society. 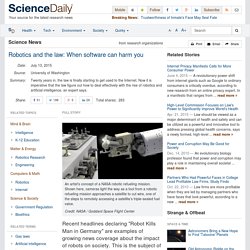 This is the subject of a new law review article by a University of Washington faculty member. Twenty years in, the law is finally starting to get used to the Internet. Now it is imperative, says Ryan Calo, assistant professor in the UW School of Law, that the law figure out how to deal effectively with the rise of robotics and artificial intelligence.

"Technology has not stood still. The same private institutions that developed the Internet, from the armed forces to search engines, have initiated a significant shift toward robotics and artificial intelligence," writes Calo in "Robotics and the Lessons of Cyberlaw. " Google To Build Robotic Surgery Platform With Johnson & Johnson. Google and Johnson & Johnson have announced that the will team up to develop an advanced, robot-assisted surgery platform. 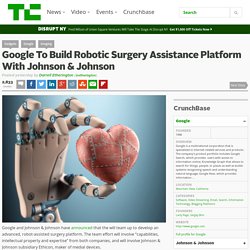 The team effort will involve “capabilities, intellectual property and expertise” from both companies, and will involve Johnson & Johnson subsidiary Ethicon, maker of medial devices. All of the language in the announcement of the partnership suggests that the companies will be using robotics to supplement, not replace human surgeons, at least in this stage of the partnership. The passage below perhaps best illustrates the intent of the collaboration: Robotic-assisted surgery is a type of minimally invasive surgery that uses technology to give surgeons greater control, access and accuracy during the surgical procedure while benefitting patients by minimizing trauma and scarring, enabling accelerated post-surgical healing.

Robot-assisted surgery generally involves a human surgeon controlling instruments via a computer or a remote manipulator. Via Business Insider. Tiny robotic hands could deliver drugs, assist surgeons. Robots are getting more nimble and clever all the time, but the fundamental difficulty in creating robotic hands has kept them from being useful on the small scale. 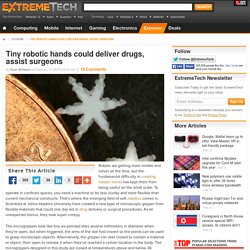 To operate in confined spaces, you need a machine to be less clunky and more flexible than current mechanical constructs. That’s where the emerging field of soft robotics comes in. Scientists at Johns Hopkins University have created a new type of microscopic gripper from flexible materials that could one day aid in drug delivery or surgical procedures. As an unexpected bonus, they look super-creepy. Rise of the robots: how long do we have until they take our jobs? They have mastered the art of poker, helped write a cookbook and can cope with a basic conversation. 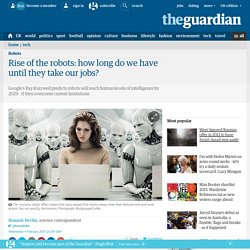 The decision by a Japanese bank to staff their frontdesk with a bevy of robots is just the latest in a series of advances and predictions that at times appear to suggest we will all be replaced, professionally and socially, by automatons. Ray Kurzweil, director of engineering at Google, has estimated that robots will reach human levels of intelligence by 2029, purportedly leaving us about 14 years to reign supreme. So, how far are we along this trajectory?

The increase in computing prowess during the past decade has expanded the kinds of tasks computers can undertake independently. Nautical Robot. The modular design of our robot allowed the parallel assembling of many parts. 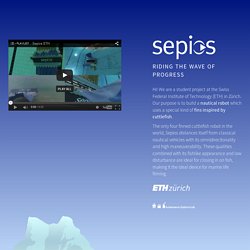 Separate sub teams were created to construct the base unit, the fin cases, the fins themselves and an outer shell to provide sufficient buoyancy. For multiple parts, such as attaching the bevel gears to the respective shafts we used previously designed holders to simplify the process. We're Sexist Toward Robots. Last month, Toshiba unveiled a prototype robot capable of sign language.

Automata Trailer Shows Off A Robot Action Movie That Gets Robots Right. Wasn't there a short movie done before about robots that could not disobey Asimov's laws using similiar style robots? 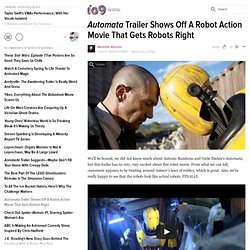 It was about robots replacing humans and focused on this mexican bar where the main character (robot) learned how his existence was inadvertently breaking Asimov's law of not harming a human. Also halfway through the trailer I thought "Oh cool! A sequel to Blade Runner? " :P. Over 1,000 robots swarm together in Harvard lab. Should Robotics Companies Help The Workers They Displace?

"The company recognizes that when a restaurant brings in its system, jobs will be eliminated; it wants the men and women who lose their jobs to become engineers and work to design more automated systems. 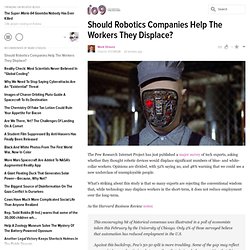 " Self-Assembling Robots Are Here, And They Are Awesome. Velociraptor-inspired robot can run almost as fast as DARPA's Cheetah. There's a new robot that's almost matched Cheetah's speed record, but it wasn't designed after another speedy cat. Instead, it takes cues from something more terrifying: a velociraptor. The two-legged machine named Raptor was created by scientists from the Korea Advanced Institute of Science and Technology, who've even outfitted it with a tail like the extinct reptile's for balance. In its current form, it can go as fast as 28.58 mph (46 km/h), just a bit slower than the famous mechanical cat's max speed of 29.2 mph (47 km/h). Compared to DARPA's robotic cat, though, Raptor's technology is a lot simpler, even using ordinary springs as tendons to be able to run fast more effectively.

Right now, Raptor's confined to running on a treadmill like Cheetah's older iterations, but its creators hope to make it more stable so it can run on any surface without a tether. Comments Share. New video shows range and versatility of professional service robots. Robot Reads Novels, Writes Songs About Them. Ultra-fast, the robotic arm can catch objects on the fly. Run, robot, run – here comes the OutRunner. InMoov is an Open-Source Humanoid Robot You Can Make With a 3D Printer. Google buys AI firm DeepMind to boost image search - tech - 27 January 2014. A New Scientific Model that Defines Alien Intelligence. South Korea's plan for a robot-themed amusement park switches back on.

Since 2007, the South Korean government has dreamed of Robot Land, a robotics research park and themed destination with rides, exhibitions, shopping, and even housing. Australian startups plan on using UAVs to deliver textbooks. A Flirtey UAV near the Sydney Opera House Image Gallery (3 images) University textbooks can be quite expensive to purchase, so Australian startup Zookal now offers an increasingly popular option – textbook rentals. Gadgets to Help the Party Host. Artificial muscles could allow robots to lift 80 times their own weight. Lely Astronaut A4 milking robot lets cows milk themselves. Robots will make us sexist. Roblog: Robots are for Kids Too. Personal Robots. Meet the amazing robots that can move like animals, communicate with humans and even dance and draw.

© 2013 The Robot Report. RHex the Parkour Robot. RHex the Parkour Robot. OCTOPUS Integrating Project. Unleash the Kraken! Robot octopus learning to swim. OCTOPUS Integrating Project. Robotics forecast: cool with a chance of lost humanity. Want a Flying Drone? These Students 3D-Printed Their Own. Software adds joints for 3D printed figures. From Tweet to Street: Anti-Poverty Campaign Takes Supporters' Messages to Camp David - News. The Robotic Future is Fast, Cheap and Out of Control. GRASP: The Startup Incubator For Soccer-Playing, Synchronized Flying Robots. Print Your Own Robots. Self-sculpting sand robots are under development at MIT. MIT's 'Smart Sand' Can Duplicate Any Object, Creep Out Any Blogger.

Tek RMD – Videos. Print-your-own-robots developed in US. One Per Cent: Robot jellyfish sucks up power from the water. The Snails of War, and Other Robotics Experiments. SAFFiR robot could be putting out fires on Navy ships.