Manfrotto 498RC2 Midi Ballhead. Stockpiling: Medical Supplies You Should Have In Abundance. This is the first blog dedicated to a specific stockpile topic. 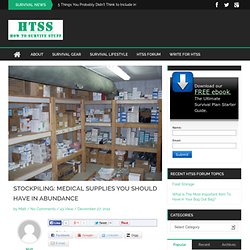 These stockpile blogs are geared more toward an extended two to three year survival period. We will call this situation the “We’re All Screwed” scenario or the “WAS” scenario. Actually, those of us who are prepared will not be screwed, but I like this term and I’m going to use it. Anyway, the first big stockpile item I am writing about is medical supplies for a WAS scenario. To give you some insight, the hospitals you and I are used to are not going to be around. TrackingReality - Virtual and Augmented Reality : Projects, Services and Ideas. USC Launches DIY VR Site, Build Your Own VR Headset with 3D Printing. The University of Southern California’s ‘MxR’ Lab today launched an ‘open source’ DIY virtual reality website. 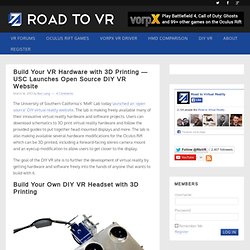 The lab is making freely available many of their innovative virtual reality hardware and software projects. Users can download schematics to 3D print virtual reality hardware and follow the provided guides to put together head mounted displays and more. The lab is also making available several hardware modifications for the Oculus Rift which can be 3D printed, including a forward-facing stereo camera mount and an eyecup modification to allow users to get closer to the display. The goal of the DIY VR site is to further the development of virtual reality by getting hardware and software freely into the hands of anyone that wants to build with it. 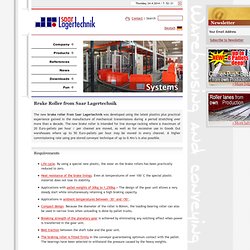 Chibikart archive. All of my projects go through periods of ups and downs. 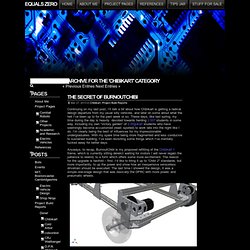 I either end up demoing them too hard, or they get “temporarily” parted out for some valuable component only to never get put back together, or the weather stops being terrible. Given that the winter is letting up and the sun has emerged above the horizon, it’s time to think about the small silly electric rideables once again. Teacher Blog. In 2007, I testified at a field hearing on the issues facing science education in the NCLB influenced standards-based era. 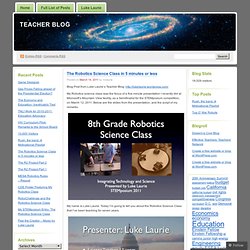 In light of a forum taking place this weekend at Cal Poly, I am reposting this testimony. Testimony of Luke Laurie Science Teacher, El Camino Junior High, Santa Maria, CA Director: RoboChallenge mrlaurie@mac.com given to the Senator Tom Torlakson, Chair October 30, 2007 Cal Poly, Keck Laboratory San Luis Obispo Mr. My name is Luke Laurie. Last year, as a recipient of the Albert Einstein Distinguished Educator Fellowship, I worked as a legislative assistant in the United States House of Representatives for Congressman Mike Honda, of Silicon Valley, a Member of the Appropriations and Science Committees, and a former science teacher himself. The school where I teach is not unlike many in California, serving an almost exclusively, low-income Hispanic population, more than half of which are English Language Learners. 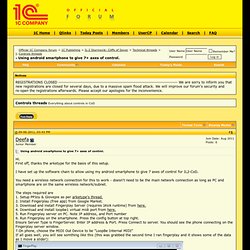 First off, thanks the arketype for the basis of this setup. I have set up the software chain to allow using my android smartphone to give 7 axes of control for IL2-CoD. You need a wireless network connection for this to work - doesn't need to be the main network connection as long as PC and smartphone are on the same wireless network/subnet. The steps required are 1. View topic - Android. CyberVillain wrote: I dont, its just a wild guess, im shooting in the dark here I think that you mapped Quaternion-values to w, x, y, z correctly On the libfreespace page it says: "Angular Position is in dimensionless units. 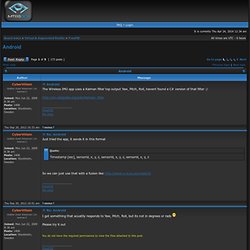 The axes are given in quaternion form where A, B, C, D represent the real, i, j, and k coefficients. " SquidyClient BETA. 2.1+ version of "Network Info"Donate version available, buy me a coffee :) Shows info about the phone and the current network, Bluetooth, IPv6 and Cell connection. 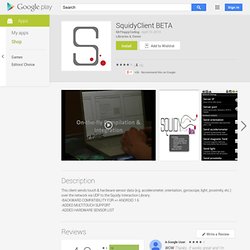 It also shows your public/external IP & hostname. Only goes on-line to get and resolve the public IP via my own server and to remotely resolve it (see notes below). RemoteSensors install and demo. RemoteSensors - Firmware Encoding Index. RemoteSensors(Android version)Map your Android phone's sensors to your Windows 7 system.RemoteSensors map your sensors to Windows Sensor and Location Platform, which is a common interface for Sensors Advance function available now:a. 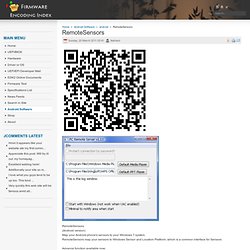 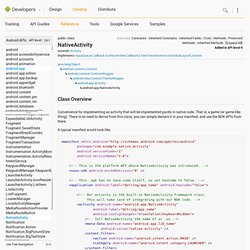