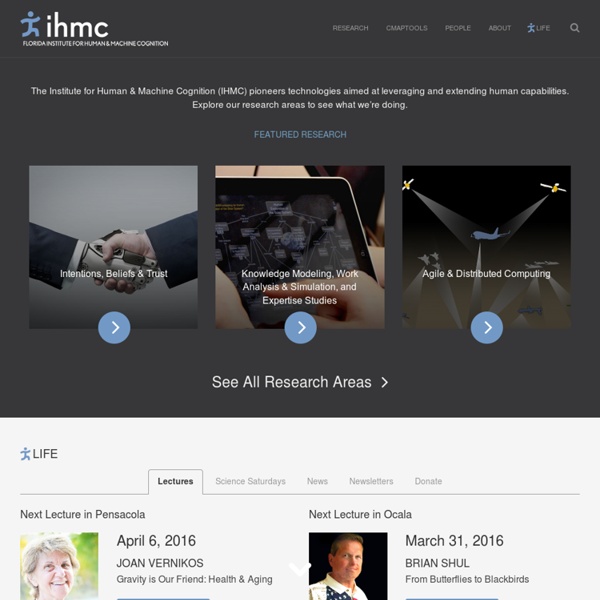 PRIVATE 2 An Interactive Infographic Maps The Future Of Emerging Technology Can speculation about the future of technology serve as a measuring stick for what we create today? That’s the idea behind Envisioning Technology's massive infographic (PDF), which maps the future of emerging technologies on a loose timeline between now and 2040. Click to enlarge. On it you’ll find predictions about everything from artificial intelligence and robotics to geoengineering and energy. In 30 years, it will also be a great reference for where we thought we might end up. You can download a PDF for free, or--should you want to track our progress toward artificial photosynthesis and space-based solar power by X-ing out accomplishments on your wall--purchase a poster version here.

The Human Brain By Dr Ananya Mandal, MD The human brain is comprised of 1011 neurons. Neurons are nerve cells that carry information to and from the nervous system to the various organs and systems of the body. These neurons are not distributed uniformly but have common mechanisms of signalling and organization. Neurons form circuits that have several levels of organization and form subsystems. The human brain is the central control of the nervous system and is highly complex. The largest part of the brain is the cerebrum which contains the cerebral cortex. The cerebral cortex The cerebral cortex is the outer layer of the brain and is bunched up into convoluted folds called sulci to enable a greater area to be enclosed in the skull. The basal ganglia The basal ganglia are a bunch of nuclei located at the base of the forebrain and are associated with a variety of functions including voluntary movement, behaviour, eye movement and cognitive and emotional functions. The cerebellum The thalamus The hypothalamus