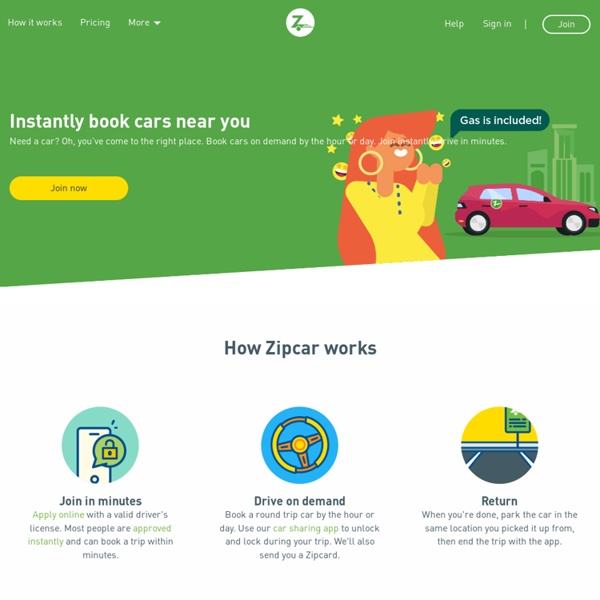 DriveNow: BMW / Sixt Joint Venture - car sharing The BMW Group and Sixt AG are planning a unique and innovative car sharing venture. With effect from April 2011 onwards – initially in Munich and later in Berlin – the two companies intend to join forces in offering a modern mobility concept under the brand-name DriveNow; this new product will combine vehicles and service of the highest quality with simple, flexible usage. DriveNow is the first car sharing concept to place an emphasis on efficient premium vehicles and comprehensive service. Vehicles may be hired and dropped off wherever the customer needs them, thus clearly differentiating DriveNow from products offered by other competitors. Sixt AG and the BMW Group intend to bundle their car sharing activities in the DriveNow joint venture, in which each company will hold a 50 percent stake. Ian Robertson, Member of the Board of Management of the BMW AG for Sales and Marketing stated: “As a mobility provider, the BMW Group is not simply an automobile manufacturer.

About Dyson What began with a single idea in the UK, has seen us open offices across the globe. Some of them can be viewed below. Dyson UK Our global HQ is tucked away in the Cotswolds. Zipcar gains two competitors for Washington drivers “D.C. just makes a lot of sense for us,” said Nicholas Cole, head of Car2go North America. “There’s a dense population, there’s not much parking and people are used to this kind of transit.” Zipcar, which arrived in the District in 2000, now has about 800 cars in the area. The company says demand for car sharing continues to grow steadily. Farm-fresh yoga: 3 small, cheap retreats near New York City Kripalu and Omega are the mega stores of yoga retreats. Marquee-name teachers and wellness gurus flock to these new-age Disneylands in the Berkshires and outside Rhinebeck. But there are intimate farmhouse-style getaways with fantastic yoga teachers from New York City where you won’t have to deal with cafeterias, airplane-hanger size yoga studios, or more than 20 other guests. Expect twin beds, shared baths, and rates of about $125 per night including yoga, food, and lodging. Unlike the mega retreats, these bindi-dot–size getaways don’t publish big glossy course catalogs that they leave in every NYC health-food store. So you’ll have to visit their websites and check out their clunky calendars, but it’s worth it.

The Future of Mobility: a measured approach - Circulate With the development of electric automobiles, connected self-driving cars, and a growing movement of self-governed transport systems mobility is on the brink of major change. The conventional private car model is being replaced by a new shared car model, a system which is more flexible, less wasteful, and responds precisely to the needs of its user, namely reduced cost and responsibility. But in adopting a more holistic approach in all aspects of manufacturing and delivery, the key players in the mobility space are seeking the help of measurement tools that can help implement circular economy strategies and measure the innovation performance across design, business model and materials. Such a tool exists and is already being implemented. A hidden opportunity A circular economy rests on the premise that potential is being maximised.

Meta-currency - Rheonomy - Eric Harris-Braun In her beautifully insightful book, The Nature of Economies, Jane Jacobs suggests that we must broaden our understanding of economics in the context of the flow processes of the natural world. Near the end of the book one of her characters asks the question, “What are economies for?” One of the other characters answers: “… To enable us to partake, in our own fashion, in a great universal flow” Courier - Contact Us in Calgary, Toronto, Vancouver and Sydney, Australia Welcome To KRANQ Courier Our mission at Kranq Courier is to provide a fast, reliable delivery system with friendly, familiar faces- an all in one powerful customer service package. A StraightLINE between you and your delivery destination. About Us Kranq is a unique courier system that puts the clients in direct contact with their own dedicated couriers. We simplify the out of date courier model by relaying all document information directly from the client to the courier.

Über Hertz On Demand! Hertz 24/7® In December 2008, Hertz launched Connect by Hertz, a pay-as-you-go car membership club in New York City, Paris and London with just 22 locations across the globe. In June of 2011, Hertz rebranded the Connect by Hertz service now more commonly known as Hertz 24/7. With more than 300,000 members, and 2,000 vehicles located at over 800 locations, Hertz 24/7 is now available in six countries worldwide, including the United States, United Kingdom, France, Spain, Germany and Australia as well as a number of Universities and corporate offices around the world

Culebra Camping The only place where camping is permitted in Culebra is at Flamenco Beach on the north shore. It is very civilized, this is definitely not 'wilderness camping', there are plenty of mangroves and pine trees to pitch a tent under their cooling shade or hang a hammock and relax. The camping areas are located only a few feet away from the beach. The campground is government-run, you will find the office at the entrance of the campground where you must go and register. You will be assigned an area to pitch your tent.

Europe’s circular-economy opportunity Adopting circular-economy principles could not only benefit Europe environmentally and socially but could also generate a net economic benefit of €1.8 trillion by 2030. Europe’s economy has generated unprecedented wealth over the past century. Part of the success is attributable to continuous improvements in resource productivity—a trend that has started to reduce Europe’s resource exposure. At the same time, resource productivity remains hugely underexploited as a source of wealth, competitiveness, and renewal. Our new study, Growth within: A circular economy vision for a competitive Europe, provides new evidence that a circular economy, enabled by the technology revolution, would allow Europe to grow resource productivity by up to 3 percent annually.