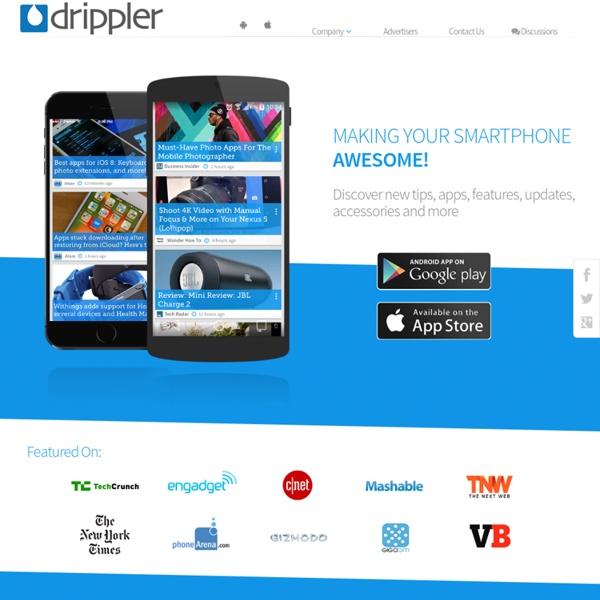 How To Make $10,000 Per Month, 'Working' On Your Blog Only 2 Hours Per Day Download The Groundbreaking “Blog Profits Blueprint” For Free (Over 150,000 People Have Already Downloaded It!) This is what you have been looking for. This is THE original report that blazed a trail when first published. Noah's Ark Found: Why Keep Us In The Dark? Has Noah’s Ark been found? Is it real? You won’t even see those headlines or questions in the mainstream anytime soon because it just doesn’t fit with their narrative: In the Book of Genesis, God set about destroying a “corrupt” and “violent” world just as Noah was putting the finishing touches on The Ark – a massive wooden vessel to hold his family and two of “all living creatures, from all flesh.”

2 for Android - Navigation and Quick Tips Are you enjoying MLO 2 for Android? We hope you do. And the MyLifeOrganized Team has something more to add! We've spent much time puzzling over navigation in MLO 2. It was not so easy to fit all the necessary commands into phone's small screen. But we did it!

Kindle 3.X updater for Kindle 2 and Kindle DX released After a month and a half of testing thanks to the community of MobileRead, I can finally release the first stable version of the Kindle 3.X software updater (help me come up with a better name, please). If you haven’t read my last few Kindle-related posts (read them if you want more technical details of this script), you should know that this allows you to use all the cool new features of the Kindle 3 on a K2 or DX device. Installation is easy and is only three steps: 1) Use “prepare-kindle” script on old Kindle to back up and flash recovery kernel, 2) Copy generated files to Kindle 3 along with “create-updater” script and run it, 3) Copy generated update package back to old Kindle and restart. If that sounds confusing, don’t worry, the readme contains very detailed directions and even how to recover in case anything goes wrong. Here it is.

Breathe New Life Into Your Classic Old iPod With These Top Tips We’ve all done it. You buy a shiny new piece of kit at an exorbitant price, and two years later it’s in the back of a drawer collecting dust. The worst offenders tend to be smaller items. Is Jervis Bay Australia’s most underrated paradise? Loaded: 0% Progress: 0% Located three hours south of Sydney, Jervis Bay is a global for holiday goers who are drawn to the beaches and National Parks. Rabbits chill with kangaroos at Lake Conjola. The top 50 apps for creative minds There’s an ongoing argument in the technology world about whether tablets and smartphones are more focused on consumption than creativity. As time has gone on, though, the number of apps helping us do more than passively read, watch and listen has grown. Many also fall into a longer heritage of technology that democratises activities like film-making, photography and music-making.

Eclipse IDE Tutorial Copyright © 2007, 2008, 2009, 2010, 2011, 2012, 2013, 2014, 2015 vogella GmbH Eclipse Java IDE This tutorial describes the usage of Eclipse as a Java IDE. It describes the installation of Eclipse, the creation of Java programs and tips for using Eclipse. This tutorial is based on Eclipse 4.4 (Luna). 7 Security Behaviors You Should Be Using to Stay Safe Being aware of the importance of online security and privacy is a key aspect of using connected technology. Many people log on and browse; they read spam email, click links to dodgy websites, and shrug when their phone or laptop is stolen. No really, these people exist. You might know them. You might be them (although your presence here suggests otherwise).

Conflict Islands, PNG: P&O cruises to sail to ‘rare, untouched marvel’ The Conflict Islands are lesser explored. IT’S billed as a “rare, untouched marvel” and it’s set to become the newest travel hotspot for Aussies. The Conflict Islands is a remote group of 21 pristine, uninhabited islands in an atoll spanning 375 hectares in the Coral Sea, in south east Papua New Guinea. fb With facebook-node-sdk you can now easily write the same code and share between your server (nodejs) and the client (Facebook Javascript SDK). This SDK will report usage of which AppID is using it directly to Facebook. Author: Thuzi License: Apache v2

Features Payments Real-time credit card gateways Integrated with leading payment gateways for real-time credit card processing. Accept Visa, MasterCard, Amex, Diners and American Express. Paypal and Paypal Express Let customers pay the way they want to. Our PayPal Express Checkout solution saves them time, turning potential customers into loyal shoppers. Montville, QLD, has the best accommodation in Australia: Trivago A view of a house in Montville, Queensland. IT’S A TINY town that few outside of Queensland have heard of — and yet it’s been named the destination with the best online reputation for accommodation in Australia. Montville in the Sunshine Coast Hinterland, a charming historic town located 90km north of Brisbane, topped the list with its accommodation providers rated at an average of 88.78, according to hotel search site Trivago’s 2015 reputation ranking. The ranking is based on averages of user ratings and reviews compiled from more than 250 booking sites.