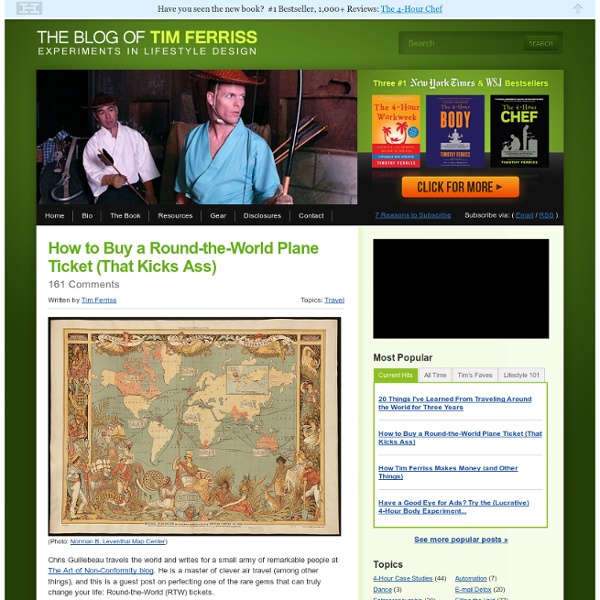 Places To Visit, Trip Planner, Travel & Vacation Ideas The 10 best treks in the world - travel tips and articles These 10 classic treks are for serious walkers. All of them require a sturdy pair of lungs, fit legs and a good amount of preparation. However, if you choose to go on any of these trails then you will be rewarded with experiences that last a lifetime. In no particular order: 1. Image by Jean-Baptiste Bellet This demanding 15- day (168km, 104mi) slog through Corsica is legendary for the diversity of landscapes it traverses. 2. Image by funkz This 33km (20mi) ancient trail was laid by the Incas and is currently traversed by thousands each year. 3. Image by Crazy Joe Devola ‘The land of the Dogon people’ is one of Africa’s most breathtaking regions. 4. Image by lampertron Reaching a height of 5,545m (18,193ft) at Kala Pattar, this three-week trek is extremely popular with those who want to be able to say, ‘I’ve been to the base of the world’s highest mountain’. 5. Image by Chandramohan Burly V Fewer folk trek on the Indian side of the world’s greatest mountain range. 6. Image by brewbooks 7. 8.

Luini’s Famous Panzerotto in Milan: A Quick, Cheap &amp; Amazing Lunch by Jessica | April 28th, 2008 This article was written and submitted for publication on the Italy Logue by Chris Bright. When visiting the historic center of Milan, grabbing a quick lunch can be a challenge since the options are limited to fast-food chain restaurants [editor's note: which you should stay away from!] or more pricey sit-down places. A panzerotto is a unique and fulfilling treat – it is the golden lovechild that would result from the loving union of an old-fashioned raised doughnut and a traditional Neapolitan pizza. Although it has been embraced by locals, the panzerotto is an immigrant to Milan from the southern Italian region of Puglia. The warm, sweet dough with a few simple ingredients is a deal, as well as a meal. On the other hand, you may want to save room for some of the sweet variants, called panzerotto dolce. If you go to Luini, one tip is to purchase your panzerotti there, but buy your beverages elsewhere. Address and Contact Information: Luini Panificio Via S.

Plane Flight Fairytale Destinations Is it a dream or is it for real? These places will make you wonder whether you step into the land of magic and fantasy or still firmly stand on the ground. With unearthly nature, unreal landscapes or fairy tale architecture, these destinations will take you far away from your humdrum reality. Picturesque Colmar in France, considered the most beautiful city in Europe, looks like it came straight out of a fairy tale. This tiny town in Alsace is famous not only for its magically colourful old town. As if being the wine capital was not enough, Colmar, with its pretty squares, fountains and canals, is also called the "little Venice" (la Petite Venise). The Lord of the Rings' scenery of Faroe Islands truly makes you believe the archipelago is inhabited by hobbits and elves. Saksun, Faroe Islands. Castle Neuschwanstein in Bavaria, Germany in autumn. It is not a sugary Disneyland construction, although it looks like a fairy tale palace occupied by some capricious princess. Palacio de Sintra.

10 Weird and Mysterious Places on Earth digg 1. Mystery Spot Mystery Sport is a tourist attraction near Santa Cruz, California, famous because of its disrespect to the laws of physics and gravity. The odd cabin, although seems like lying on flat ground, makes those who enter inside swinging all the time. The most probable theory that tries to explain this says that it’s all about “tilt-induced visual illusion. 2. The question about the triangle that swallows ships, planes and all the people with them still waits for its answer. 3. Socotra is archipelago the Horn of Africa and Arabic Peninsula, but the main island of Socotra is 95% of the whole landmass, while the rest is just small islands. 4. Mount Roraima is located on the triple border point between Brazil, Guyana and Venezuela. 5. Rio Tinto is located in south-western Spainand originates from Sierra Morena mountains of Andalusia. 6. The Fly Geyser, near Gerlach, Nevada, is strange because it somehow grows up. 7. 8. 9. 10. Source: urbantitan

ImmunoGen&#039;s TDM-1 Looks Strong at ESMO Updates with recent stock price. BOSTON (TheStreet) -- The "armed antibody" drug TDM-1 under development by Roche and ImmunoGen (IMGN_) posted a higher response rate and lower toxicity than the blockbuster breast cancer drug Herceptin, according to results from the first head-to-head study of the two drugs to be presented at a European cancer meeting Monday. The data from the TDM-1 phase II study in front-line breast cancer patients are early and very preliminary, but also encouraging because they suggest TDM-1 may be the next-generation successor to Herceptin that Roche has been looking for. ImmunoGen, as Roche's partner on TDM-1, stands to profit as well if the drug is approved and successful. In the phase II study, 137 women with HER2-positive metastatic breast cancer with no prior chemotherapy were randomly assigned to treatment with TDM-1 or Herceptin plus the chemotherapy drug Taxotere. More striking was the difference in the rate of adverse events between the two drugs.

Sample Itinerary Plitvice, a watery paradise in Croatia In recent years, Croatia has changed from a relative unknown to one of the trendiest destinations in Europe. To a great extent this is due to the country's rocky littoral, which, washed by the Adriatic, is considered one of the most beautiful of the Mediterranean coastlines. Then there is the rich history and cultural heritage of medieval towns such as Dubrovnik, Split and Sibenik. But the well-deserved popularity also depends on the protected natural areas, which make up some ten per cent of the country's area. Use the left and right arrow keys to view the images Plitvice Lakes National Park is in the Lika region of Croatia and lies in a plateau surrounded by three mountains, not far from the border with Bosnia The park is criss-crossed by a series of paths and trails that allow visitors to explore the area and observe the flora and fauna Although the park is best known for its lakes and waterfalls, it is home to a wide range of birds and animals

A dream treehouse I've always wanted a treehouse when I was a child but living in a city made it a little difficult. Instead, we would built forts, tents or just crawl under the bed to play. It's weird right now but back then we really loved having those hideouts where nobody could find us. We could stay there for as long as we wanted. Telling horror stories and feeling like these were the safest places to be. But what happens if you're an adult and still dream of a treehouse? I did a little web research for treehouses all over the world and oh my what I found. Safe Arbor in Switzerland. Trillium. The enchanted forest. A modern, pitched roof treehouse. A treehouse morning. A dream treehouse. Those are just a few of many treehouses.

Unzipping genomes ruminations on science, data and computing by Deepak Singh Information, designers, creators and programmers » I’ve been meaning to write about all the good writing at Genomes Unzipped for a long long time, but never got around to it. and all the code will go up into a github repo (I wonder if this was the reason for some of the questions Jan and Luke had been asking me a while ago) Perhaps some will dismiss this as a bunch of geeks being geeks, but it’s something far more. As always, Daniel and co have given this a lot of thought and list their reasons for bringing this project to life. My 2011 goal is to get my own 23andme data (it’s about time I pulled the trigger) available via Genomes Unzipped. we want to share the results of scientific analysis of our own genomes, and as proponents of open data access most of us believe that doing good science means releasing complete data for others to investigate; Personal genetics as a vehicle for increased awarenes Powered by WordPress .

15 Least Visited Countries Tourists Should Visit More Often Where were you dreaming of travelling to this summer? Spain, Greece or Turkey? Perhaps somewhere more exotic, such as Morocco or Sri Lanka? So, if you like the idea of boasting that you’ve been to places your friends haven’t even heard of, we’ve hunted down the world’s 15 least visited countries for you. Begin our countdown of places you probably never thought of going to, finishing with the least visited country of all. 15: Mauritania Image Source: Feargus Cooney/LP Tourists per year: 30,000 Why people don’t go: Mauritania has tourism hubs – Senegal and Morocco – on either side, but the distances involved in getting here from either country are prohibitive. Why it’s worth visiting: The dunescapes here are among the most remarkable on the planet. 14: Guinea-Bissau Image Source: David Else/LP Why people don’t go: Guinea-Bissau, like much of west Africa, suffers from recurrent and deadly civil unrest, most recently in 2010. 13: Bhutan Image Source: Sally Dillon/LP Tourists per year: 28,000