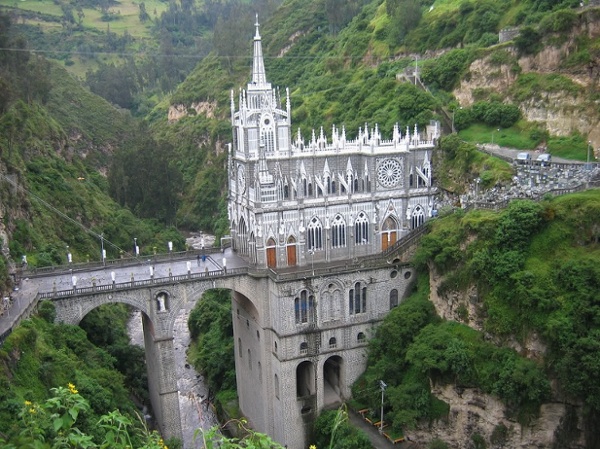 Breathtaking Photos of Europe Anyone who lives in Europe, has ever been there, or even dreamed of visiting knows the incredible variety, striking characteristics and history driven culture that exists on this continent. We bring you collection of 44 best photos from all over the Europe. Enjoy. (Click photo to enlarge) Belgium Croatia Czech Republic England France Germany Greece Hungary Ireland Italy Netherland Norway Poland Portugal Scotland Spain Europe is the world's second-smallest continent by surface area, covering about 10,180,000 square kilometres (3,930,000 sq mi) or 2% of the Earth's surface and about 6.8% of its land area. Source of photos:

Scandinavia travel guide The word “Scandinavia” evokes many images. Endless fir forests, awe-inspiring fjords, wilderness, and lately, perhaps, crime fiction and noir thrillers such as Borgen, Wallander and The Killing. It’s all these things, of course, but this hardly does justice to the region’s vastness and diversity. To the North is the Arctic Circle, where polar bears roam, the summer sun lasts 24 hours, but an implacable dark descends in a winter lit, if you’re lucky, by cosmic northern lights. Although not in Scandinavia, Finland, where Russia's cultural orbit is felt, also has a Nordic feel with vast expanses of lake and forest inhabited by wild bears stretch beyond sight. Download the free Telegraph Travel app to destinations including Paris, New York and Rome: itunes.apple.com. Stockholm offers grand Venetian charms around its many canals and islands as well as the world’s only ABBA museum. More Telegraph Travel expert guides The western coasts are wild and wet. When to go Getting around By rail By road

Here's Why the Banksy Movie Is a Banksy Prank In the summer of 2008, I saw an article in the LA Weekly about a massive street art show mounting in L.A. named Life is Beautiful. On the outset the show seemed ambitiously cool. The 125,000-square-foot show was being staged in CBS' abandoned Columbia Square Studios, a massive modern office complex where I Love Lucy was filmed. The artist, Mr. Brainwash or MBW, was an up-and-comer who had already plastered the city in his likeness, as a guy holding a video camera. But something here seemed off. The whole thing, it's clear now, was an intricate prank being pulled on all of us by Banksy, who has never publicly revealed his identity, with Fairey as his accomplice. The new "documentary" Exit Through the Gift Shop, "directed" by Banksy, and "co-directed" by Shepard Fairey, takes that prank one step further. Ostensibly, Mr. Guetta is the biggest give-away here. Which leads me to the other problem. Additionally, we're spoonfed bizarre, effusive comments in the film about how famous Mr.

Google Street View Hyperlapse A Teehan+Lax Labs experiment for creating interactive Google Street View hyper-lapse animations. Learn more about this project. See the possibilities Built with Hyperlapse.js, Three.js (r57), a modified version of GSVPano.js, and Google Maps API v3. Tweet Natural scenery 20 beautiful night shot to appreciate Most Beautiful Villages Around The World photo Popeye Village, is a group of rustic and ramshackle wooden buildings located at Anchor Bay in the north-west corner of the Mediterranean island of Malta. Photo by: Mosin Village on the bank of the Niger river, Mali. Photo by: Yann Arthus-Bertrand Hidden mountain village in Southern China. Mist over countryside in Southwest England. Hobbiton village – “Lord of the Rings” movie location in New Zealand. Riomaggiore is a village and comune in the province of La Spezia, situated in a small valley in the Liguria region of Italy. Mountain Village, Iran. Beautiful African sea side village. Hallstatt, Upper Austria, is a village in the Salzkammergut, a region in Austria with 946 inhabitants. Gásadalur village, Faroe Islands. Village located in Himalayas, Tibet. Fort Bourtange is a star fort located in the village of Bourtange, Groningen, Netherlands.

The Saga of Biôrn Biôrn, an old Viking, is determined to reach Valhalla, the warrior’s afterlife full of excessive drinking and debauchery. To gain entry he has to die honorably in battle, but he discovers that the right death isn’t so easy. A fantastic short film with top-notch art direction, animation and sound design. [ The Saga of Biôrn ] 10 Most Beautiful Villages in Europe | Earth Traveling From the Alps to the Mediterranean, these frozen-in-time European villages will make you appreciate the beauty of taking it slow. Reaching some of these European beauties requires extra effort, yet the rewards are dazzling. Your eyes will thank you. Hallstatt, Austria The storybook town of Hallstatt in central Austria enjoys a gorgeous setting on the bank of the Hallstätter See, between the pristine lake and a lush mountain that rises dramatically from the water’s edge. Manarola, Italy Manarola is a small town, a frazione of the comune (municipality) of Riomaggiore, in the province of La Spezia, Liguria, northern Italy. Image Source Bibury, England The hilly Cotswold region is a designated “Area of Outstanding Natural Beauty” in southwestern England, and one of its loveliest villages is Bibury, where verdant meadows abut ancient stone cottages with steep pitched roofs. Image Source Colmar, France Image Source Reine, Norway Image Source Pučiśća, Croatia Image Source Telč, Czech Republic Image Source