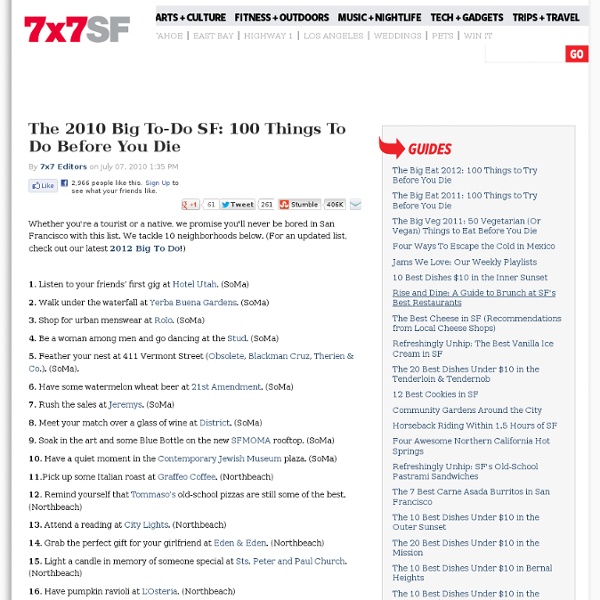 The Traveller's Medicine Cabinet: 5 Essential Drugs for the Road - StumbleUpon While out roving you aren’t always (or even often) anywhere near a hospital or pharmacy. But, if you pack these nutritional supplements and natural medications wherever you go, you’ll be able to cope just fine. #1: Kratom The Situation You’re hiking the Appalachian trail in the dead of winter. Suddenly the worst happens; your boot gets caught between two rocks, you lose your footing and tumble to the ground, wrenching your ankle in the process. © Miserlou What It Is A leafy green plant grown mainly in Southeast Asia. Uses First and foremost, Kratom is a powerful painkiller similar to Morphine or Opium. Side-Effects Kratom is mildly addictive, about on par with caffeine. Forms Kratom can be purchased in dried leafy form, as an extract, a resin, or in pill form. Legality Kratom is legal in most of the developed world. #2: Kava Kava Kava Kava A leafy green plant grown throughout the Pacific islands. Kava can help to treat social anxiety or stress, and also works as a powerful relaxant. Oil of Oregano

Magic Mountain Hotel Located within the Huilo Huilo Private Natural Reserve,Chile, the hotel is nestled among the natural world. The Magic Mountain Hotel in the heart of the Huilo Huilo nature reserve. The architecture, combined with the forest setting, makes this truly a magical mountain.This hotel was made to look just like a volcano on the outside and has a waterfall which cascades down its windows and rocky walls. Wood and stone spiraled staircases as well as wooden walls and furniture are just some of the natural decorations you’ll see in and around the hotel. Hot Tubs made out of tree trunks are located in the forest; they are one of the biggest natural attractions at Magic Mountain. Link 1 Link 2

The 6 Creepiest Places on Earth It doesn't matter whether or not you believe in ghosts, there are some places in which none of us would want to spend a night. These places have well earned their reputations as being so creepy, tragic or mysterious (or all three) that they definitely qualify as "haunted." Places like... Aokigahara is a woodland at the base of Mount Fuji in Japan that makes The Blair Witch Project forest look like Winnie the Pooh's Hundred Acre Wood. It probably has something to do with all the dead bodies scattered around. What Niagara Falls is to weddings, Aokigahara is to suicide. More than 500 fucking people have taken their own lives in Aokigahara since the 1950s. The trend has supposedly started after Seicho Matsumoto published his novel Kuroi Kaiju (Black Sea of Trees) where two of his characters commit suicide there. Also skulls. Besides bodies and homemade nooses, the area is littered with signs displaying such uplifting messages like "Life is a precious thing! Winchester Mystery House Oh, bitch...!

Female Solo Travel Tips - Women Travelling Solo - StumbleUpon Are you looking for female solo travel trips? Would you like to know what countries are best for women travelling solo to get their feet wet? We put those questions to our Facebook community as we love getting insider tips from other travellers. While most of my travel around the world has been done with Craig, my first adventures saw me setting off into the untamed wilderness on my own. Female Solo Travel Tips Don’t think about the possible dangers There are a million things that can go wrong, no matter how you are travelling. But, that doesn’t stop you from getting on with your life right? Be Aware Keep your wits about yourself and your surroundings at all time. Trust your intuition It always knows best. Don’t freak yourself out by imaginary monsters, but definitely pay attention to those little messages our animal instincts give us. Walk assertively and confidently When I was in year 9 we had to do a self-defence course for sport at school. Always walk assertively and confidently.

Glass Beach - The Dump You'll Want to Visit - Unfinished Man - StumbleUpon Before you say anything about the content of this article, I hate people who litter. I’ll judge you if I think you’re too lazy to recycle. I hate pollution and the death of our fragile ecosystems and all the rest. But- with that disclaimer out of the way- Glass Beach in Fort Bragg, California is the incredible result of human wastefulness and the resilience of nature. It’s like a little Inuksuk… I’ve been trolling around for lesser known landscapes to road trip to and explore, and stumbled across this chunk of multicoloured west coast paradise. These days, Glass Beach is a protected part of MacKerricher State Park, but in 1949, it was the site of an unrestricted dump. Eventually, California realized that dumping automobiles, appliances, toxic substances and razor sharp shards of glass into the water was probably a bad idea, and looked elsewhere for a dumping site. The beaches under the cliffs lay polluted, cluttered and ruined, and were basically treated as a forgotten ‘mistake.’

The Universal Packing List - StumbleUpon BEING THERE: EDINBURGH To the outside world, it’s a festival, a castle, a university, a tin of shortbread and a drone of bagpipes. To Jackie Hunter, it’s home, and it’s more about coping with the weather ... From INTELLIGENT LIFE Magazine, Summer 2009 On the short, steeply curving street where I live, the neighbourhood shops offer an unexpectedly refined display of goods: between my front door and the pub on the corner it’s possible to buy Yohji Yamamoto’s artfully cut menswear, cherry-red rubber shoes by Vivienne Westwood, Tom Dixon armchairs and Ingo Maurer lights, Gothic tattoos, a pierced nipple (or two), quirky Scandinavian kitchenware and even a tubby-bellied woodburning stove, one of which would nicely warm my crow’s-nest flat, where on windy nights the sash windows rattle like a box of cutlery as easterly gales blast in off the North Sea. Adapting your personal sense of style to Edinburgh’s many idiosyncrasies and paradoxes is no easy task. Picture credit: Murdo Macleod

10 Places to Move Abroad and Extend Your Life - StumbleUpon Throughout history, people have been intrigued by legends of societies where residents thrived well past 100 years old. Today, there is skepticism whether any such place exists, but health scientists do scour the globe in search of medicinal remedies and other lifespan enhancements. In fact, many “pockets” around the world have been identified as “Blue Zones,” where locals enjoy high quality of life and health in old age. While failing to offer one “secret,” these regions share community factors such as diet, social integration, activity level, and outlook on life. While genetics plays a role in how long we live, researchers believe lifestyle factors account for 75% of our longevity. 1. Japanese rank high in lifespan studies, but Okinawans boast exceptional health. Okinawan cuisine, Photo: pelican The Okinawa diet has been studied intensely. 2. Situated between Spain and France, this small principality of 84,000 people has one of the longest life expectancies in world. 3. 4. 5. 6. 7. 8. 9.

Page 5: London: Study Abroad for Cheap on a Student Budget Pick the Right Country Picking a weekend destination in Europe can be overwhelming. With so many countries to choose from, it helps to narrow down your options based on your budget. Sometimes it's cheaper to spend a weekend away rather than a weekend in London, but only if you pick a less expensive country or city. Look for slightly less touristy destinations that will still accommodate students who many not know the language, such as Berlin and Prague. Stay with friends Start networking now, so that when you are abroad you can avoid accommodation costs and stay with friends or relatives who may be living or studying in another European country.