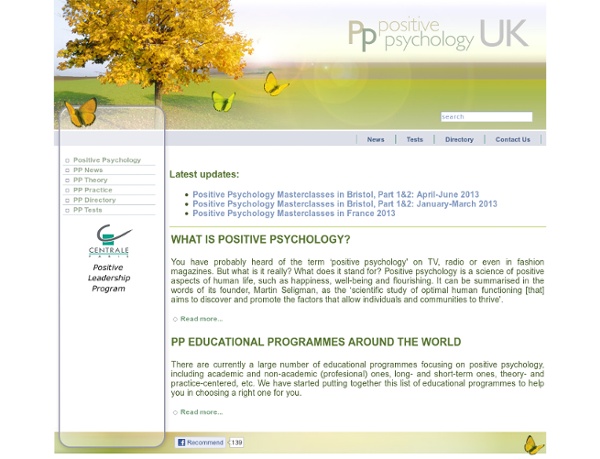 Money <em>can</em> buy happiness… if you spend it on other people | Not Exactly Rocket Science “This planet has – or rather had – a problem, which was this: most of the people living on it were unhappy for pretty much of the time. Many solutions were suggested for this problem, but most of these were largely concerned with the movements of small green pieces of paper, which is odd because on the whole it wasn’t the small green pieces of paper that were unhappy.” – Douglas Adams In this pithy paragraph, the sorely missed Douglas Adams sums up a puzzling paradox of modern life – we often link happiness to money and the spending of it, even though both proverbs and psychological surveys suggest that the two are unrelated. Across and within countries, income has an incredibly weak effect on happiness once people have enough to secure basic needs and standards of living. Once people are lifted out of abject poverty and thrown into the middle class, any extra earnings do little to improve their joie de vivre. I can’t get no… satisfcation Hey big spender There is a silver lining then.

Positive Psychology in the Classroom | –by Sherri Fisher Do you ever wish you were more creative? New research has shown that adults can be primed to become more creative simply by being asked to think like children. There are many kinds of creativity, including flexible thinking, elaboration of existing ideas, fluency of ideas, and originality. For the purposes of the study conducted at North Dakota State University, college students were asked to imagine and write about what they would do if school was canceled for the day. What Happens to Creativity as We Grow? There are numerous benefits to being more creative. Since both ways of thinking are important (imagine if we were all child-like all the time), it is intriguing to think about interventions that would enable you to be more creative at least some of the time. Mastery Goals versus Performance Goals Most schools are structured around performance goals. Are We Discouraging Love of Learning in Students? Can you nurture your creativity? References Dweck, C. (2007).

To predict what will make you happy, ask a stranger rather than guessing yourself | Not Exactly Rocket Science Want to know how much you’d enjoy an experience? You’re better off asking someone who has been through it, even if they’re a complete stranger, than to find out information for yourself. This advice comes from Daniel Gilbert from Harvard University, who espoused it in his superb book Stumbling on Happiness. Now, he has found new support for the idea by studying speed-daters and people receiving feedback from their peers. In the first study, he found that female students were better able to predict how much they would enjoy a speed-date if they listened to the experiences of strangers than if they make their own assessments based on available information. This interesting result masks a second one of equal importance – people don’t believe that this works. Time and again, psychological studies have found that we overestimate how happy we will be after winning a prize, starting a new relationship or taking revenge against those who have wronged us. Photo by Laughlin, found on Flickr

frederick herzberg motivational theory, motivators and hygiene factors, free herzberg diagrams home » leadership/management » frederick herzberg motivational theory Frederick Herzberg's motivation and hygiene factors Frederick Herzberg (1923-2000), clinical psychologist and pioneer of 'job enrichment', is regarded as one of the great original thinkers in management and motivational theory. Frederick Herzberg's book 'The Motivation to Work', written with research colleagues Bernard Mausner and Barbara Bloch Snyderman in 1959, first established his theories about motivation in the workplace. Herzberg's research used a pioneering approach, based on open questioning and very few assumptions, to gather and analyse details of 'critical incidents' as recalled by the survey respondents. Herzberg also prepared intensively prior to his 1959 study - not least by scrutinizing and comparing the results and methodologies of all 155 previous research studies into job attitudes carried out between 1920 and 1954. herzberg's main theory and its significance N.B. to what extent is money a motivator?

The Glee Club My first assignment was the gratitude visit. It goes like this: Pick a person in your life whom you'd like to thank, someone who has meant a lot to you. Write this person a letter. After you've written it, call the person and ask to visit. Read the letter aloud when you are face to face. Whom to thank? I shared my fears with Martin Seligman, a professor of psychology at the University of Pennsylvania and the man who had in effect given me the assignment. Tasks such as the gratitude visit were first introduced in Seligman's popular book Authentic Happiness , in which he outlines positive psychology , a movement he founded in the late 1990s. Positive psychology focuses on cultivating personality strengths and honing an optimistic approach to life rather than on cataloging human frailty and disease, which Seligman says has too long been the focus of psychology. If you want to learn to be a happier person, only a relatively small body of knowledge exists to help you, Seligman says.

douglas mcgregor's motivational theory x theory y Douglas McGregor's XY Theory, managing an X Theory boss, and William Ouchi's Theory Z Douglas McGregor, an American social psychologist, proposed his famous X-Y theory in his 1960 book 'The Human Side Of Enterprise'. Theory x and theory y are still referred to commonly in the field of management and motivation, and whilst more recent studies have questioned the rigidity of the model, Mcgregor's X-Y Theory remains a valid basic principle from which to develop positive management style and techniques. McGregor's XY Theory remains central to organizational development, and to improving organizational culture. McGregor's X-Y theory is a salutary and simple reminder of the natural rules for managing people, which under the pressure of day-to-day business are all too easily forgotten. McGregor's ideas suggest that there are two fundamental approaches to managing people. theory x ('authoritarian management' style) The average person dislikes work and will avoid it he/she can. see also

:: Authentic Happiness :: Using the new Positive Psychology Ben’s Top 11 Positive Psychology Internet ResourcesBy Ben Dean, Ph.D. 1. Website for Reflective Happiness The most interesting new website in Positive Psychology is Marty Seligman's "Reflective Happiness" site at www.reflectivehappiness.com. For a nominal monthly fee, subscribers are given access to monthly exercises intended to increase happiness, question-and-answer sessions with Marty, newsletters, bookclubs and more. 2. Barbara Fredrickson is perhaps most famous for her “broaden-and-build” theory of positive emotions. 3. If you can follow only one link, start here. 4. This is an active listserv for anyone interested in positive psychology (not just academics). 5. You may recognize Jonathan Haidt’s name from my newsletters about strengths because I often borrow his creative ideas on building individual strengths. 6. Definitely spend an afternoon at this site if you have not already done so as this is truly a remarkable resource. 7. 8. 9. 10. 11. Davidson, R. Davidson, R. Warmly,

adams equity theory - workplace motivational theory - how individuals measure inputs and outcomes in relation to market norms and 'referents' home » leadership/management » adams' equity theory j stacey adams - equity theory on job motivation John Stacey Adams, a workplace and behavioural psychologist, put forward his Equity Theory on job motivation in 1963. There are similarities with Charles Handy's extension and interpretation of previous simpler theories of Maslow, Herzberg and other pioneers of workplace psychology, in that the theory acknowledges that subtle and variable factors affect each individual's assessment and perception of their relationship with their work, and thereby their employer. However, awareness and cognizance of the wider situation - and crucially comparison - feature more strongly in Equity Theory than in many other earlier motivational models. When people feel fairly or advantageously treated they are more likely to be motivated; when they feel unfairly treated they are highly prone to feelings of disaffection and demotivation. Inputs are logically what we give or put into our work. click to enlarge

Center for Positive Organizational Scholarship UK pupils 'among least likely to overcome tough start' By Sean Coughlan BBC News education correspondent The UK performs poorly in an international league table showing how many disadvantaged pupils succeed "against the odds" at school. The Organisation for Economic Co-operation and Development (OECD) has studied how pupils from poor backgrounds can succeed academically. It says that "self-confidence" is a key factor in whether such pupils succeed. The UK comes behind Mexico and Tunisia in the table - with the top places taken by Asian countries. Social mobility The study comes amid concerns in the UK about a lack of social mobility. The study from the international economic organisation looks at whether there is an inevitable link between disadvantaged backgrounds and a cycle of poor school results and limited job prospects. The OECD study says that this is not the case for many pupils from poor homes - with an international average of 31% secondary school pupils succeeding even though the "odds are stacked against them". 'Inner drive'

:: Authentic Happiness :: Using the new Positive Psychology The Anatomy Of A Thank You Note – Krrb’s Guide To Expressing Gratitude With Style ~ Krrb Blog First off, if you can get your hands on a kid who is just learning to write and then convince said kid to write (or make a good go at writing) "Thanks" on a piece of paper that you can put into an envelope and send, you are golden. Your job is done. Who is not going to be touched by a child's early attempts at writing? Nothing says thank you like a note written by a 4 year old. But for those who don’t have the monk-like patience it takes to elicit the above pictured type of work from a pre-schooler, there is hope. You too, can produce thank you notes that would make your grandparents proud and that would bring a smile to even the most jaded of faces. I mean, if the leader of the free world has the time to write thank you notes by hand, I don't want to hear anything from the rest of us about not being able to "get around to it." Looks simple, right? The Occasion OK so here’s the first big issue to tackle: When do I need to write a thank you note? The Stationery A Postcard A Note Card 1. 2. 3.