Can We Auto-Correct Humanity? 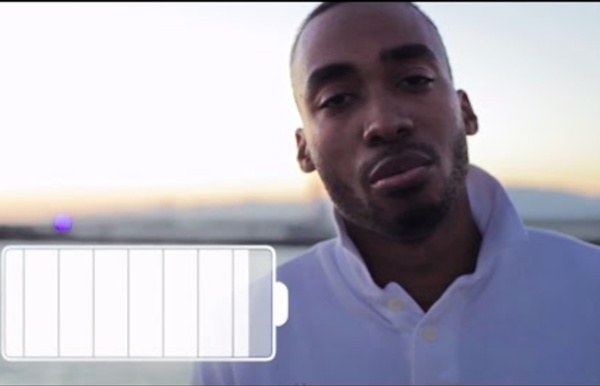 How complex are Aussie song lyrics? Analysis shows our wordiest songwriters - Science News - ABC News Pop songs are dumb and getting dumber, and hip-hop is the dumbest genre of them all. Or so screamed headlines reporting a 2015 analysis which calculated "readability" scores for lyrics from US chart-topping hits of the previous decade. Turns out the songs were mostly pitched at the reading level of US grade 2 or 3 — that's kids aged seven and eight — and had dropped half a grade from 2005. So we thought we'd have a bit of fun and use the same technique to work out how Aussie songwriters shape up. Scottsboro: An American Tragedy Teacher's Guide: Suggestions for Active Learning The film Scottsboro: An American Tragedy and this companion Web site offer insights into topics in American history including race relations, civil rights, the Depression, the Communist Party of the United States, and judicial due process. You can use part or all of the film, or delve into the rich resources available on this Web site to learn more, either in a classroom or on your own. The following activities are grouped into 4 categories: history, economics, geography, and civics. You can also read a few helpful hints for completing the activities.

Designer babies: an ethical horror waiting to happen? Comfortably seated in the fertility clinic with Vivaldi playing softly in the background, you and your partner are brought coffee and a folder. Inside the folder is an embryo menu. Each embryo has a description, something like this: Embryo 78 – male• No serious early onset diseases, but a carrier for phenylketonuria (a metabolic malfunction that can cause behavioural and mental disorders.

Australian music: Top 10 Aussie songs AUSTRALIANS LOVE THEIR ICONS. Whether it's the Big Banana in Coffs Harbour, a meat pie at the footy, Kylie Minogue in a disco ball or vegemite on toast, we are not ones to shy away from tradition. Music has also played a huge part in shaping the Australian culture, and here's a list the 10 most iconic Aussie songs. Should marijuana be legalized? It is unconstitutional to ban it According to the first amendment everyone has the right to the pursuit of happiness. What if someone is only happy if they are using marijuana? If that is the case then the United States gov't is taking away the pursuit of happiness for Americans which is not what the founding fathers wanted to happen. It is GREAT. Why not? If everyone smoked pot this world would be at peace.

The Best Part of Life - Sistering Recently someone stood up at one of our events and said, G: If you could give women one piece of advice, what would it be? And I said: Sister each other, because Sistering is the best part of life. Then I described what Sistering is, what it looks like and feels like. And my brilliant, generous friends at SALT asked me to repeat what I said: so that every single one of you could hear it. Because you are the most Sistering sisters in all the land.

Teenagers and social networking – it might actually be good for them I ask a teenage girl, how often do you text? "250 times a day, or something," she tells me. Shocking! The digital lives of teenagers have become the target of weekly attacks. In a recent essay for the Guardian, the novelist Jonathan Franzen bemoaned online socialising, arguing that it was creating a uniquely shallow and trivial culture, making kids unable to socialise face to face. Hip-hop video by advocacy and peer disability support group uses technology to break new ground Updated 28 minutes agoThu 21 Jun 2018, 7:12am A hip-hop music video released in Newcastle has broken new ground in the genre, featuring two non-verbal artists who rap using communication devices. MC Jaco (Jacob Hughes) and The King (Robert King) wrote verses that were programmed into the devices, allowing their lines to be spoken. Seven artists in total are featured in the music video for 'My World' which was released on YouTube at a red carpet event. Peer worker with Community Disability Alliance Hunter (CDAH) Catherine Mahoney said the release "could be a world first".

The Lady Vanishes Every Day By Michael Frayn. 261 pp. New York: Metropolitan Books/ Top Ten Kindness Stories of 2010 1: A 15 Year Blessing From A Homeless Person On the way back from work every evening, more often than not there would be a homeless man standing at the exit of the freeway... He always waved at every car, he was always happy and smiling and sometimes almost dancing. Every day after work I would remember to gather any spare change, and put it aside to give to him if I saw him. A feeling of joy would come over me every time I saw him, as I came off the ramp. He had that effect...

The Garret: Anita Heiss - Reading Australia This unit of work was created in partnership with The Garret and accompanies their interview with Anita Heiss. Please click here to access the Interview, Bibliography, Show notes and Transcript, and Author profile. The following activities and tasks have been designed to be studied and used in full or in part, depending on teacher and student contexts. Google's most popular questions The top 10 UK 'how to' searches on Google in 2014 (GETTY) Of course, Google is usually just a portal: it’s the results it throws up that provide the answers to our questions, and some of them are more trustworthy than others. Rationally, we should know that Tripadvisor is just the collated opinions of strangers who may not share our taste or may have an axe to grind, but we still use it. “Its success is a telling story,” says Prof Floridi.