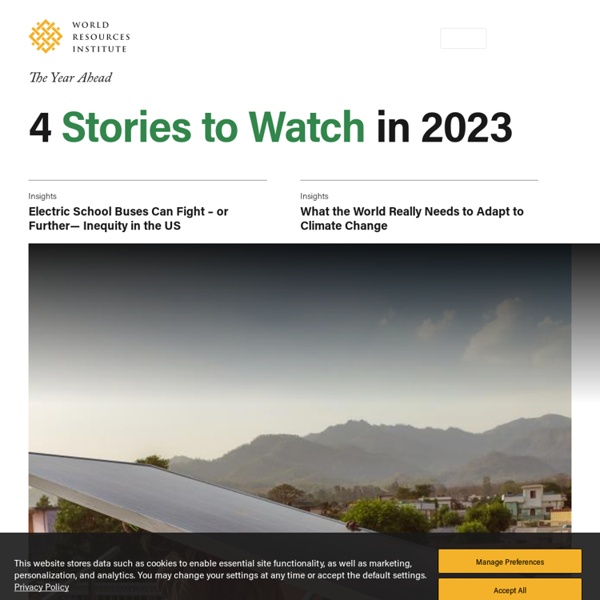 2010 Biodiversity Indicators Partnership BIP Partnership Technical Meeting, 2-4 December 2013 Cambridge Posted: 22nd January The Biodiversity Indicators Partnership hosted its Second Annual Partnership Technical Meeting from 2nd to 4th of December 2013 in Cambridge, UK. Global-warming potential Global-warming potential (GWP) is a relative measure of how much heat a greenhouse gas traps in the atmosphere. It compares the amount of heat trapped by a certain mass of the gas in question to the amount of heat trapped by a similar mass of carbon dioxide. A GWP is calculated over a specific time interval, commonly 20, 100 or 500 years. GWP is expressed as a factor of carbon dioxide (whose GWP is standardized to 1). For example, the 20 year GWP of methane is 86, which means that if the same mass of methane and carbon dioxide were introduced into the atmosphere, that methane will trap 86 times more heat than the carbon dioxide over the next 20 years.[1] The substances subject to restrictions under the Kyoto protocol either are rapidly increasing their concentrations in Earth's atmosphere or have a large GWP.

Living Lawns Loren Byrne scoops up a handful of dirt, sniffs it, and smiles. The organic matter that arthropods eat goes right through them, he explains. That's what gives the soil its rich black color. Sustainability, Corporate Social Responsibility Network and Consultancy Table of Contents Letter From the CEO The State of Sustainable Business SCIENCE FOCUS: DEAD ZONES — GES DISC: Goddard Earth Sciences, Data & Information Services Center Info Home page for information about educational resources and outreach activities of the NASA Goddard Earth Sciences Data and Information Services Center The NASA Goddard Earth Sciences Data and Information Services Center (GES DISC) provides a broad variety of data to scientists around the world. Greenwashing While greenwashing is not new, its use has increased over recent years to meet consumer demand for environmentally friendly goods and services. The problem is compounded by lax enforcement by regulatory agencies such as the Federal Trade Commission in the United States, the Competition Bureau in Canada, and the Committee of Advertising Practice and the Broadcast Committee of Advertising Practice in the United Kingdom. Critics of the practice suggest that the rise of greenwashing, paired with ineffective regulation, contributes to consumer skepticism of all green claims, and diminishes the power of the consumer in driving companies toward greener solutions for manufacturing processes and business operations.[6] Usage[edit]

Organic Gardening, Modern Homesteading, Renewable Energy, Green Homes, DIY Projects – MOTHER EARTH NEWS Web Image or HOT TOPICS >> • Plastic safety • Cherries • Female farmers • Easter eggs • Partner plants How to Make Fresh Cheese: The Basic Steps 10 World’s Greenest Countries The Environmental Performance Index (EPI) is a method of measuring the performance of national governments related to environmental policies. Yale University and Columbia University release the EPI every year during the World Economic Forum, ranking 163 countries according to 25 indicators. The final mark shows how close the country is to accomplish the environmental goals. Here are the top ten green countries on the list which have made most, officially the greenest in the world. 1. Iceland, 93.5

Plastic Cup Lamp Now that my university is closed for winter holidays, I finally have more free time to do all the crafty things I’ve been wanting to. One of these is a lamp made from plastic cups I’ve seen at taf, the art foundation, in the Monastiraki region in the center of Athens. When I first saw it at taf, I was amazed; I looked closely and I couldn’t believe my eyes! The object itself is so peculiar, modern and alien-like it could be in any design exhibition. With my best friend’s birthday coming up, I decided to make it myself and give it to her as a gift. It turns out it was the easiest craft I’ve even done, the epitome of DIY objects! paper star lantern tutorial I suppose it isn't exactly the right time of year for stars and lanterns, but I've got a paper folding fascination at the moment and so was drawn to a project I had wanted to do back in Autumn. During last lantern season I was looking everywhere for instructions to make these beautiful paper lanterns and couldn't find them anywhere. I ended up purchasing a lantern that was already made and since I've been struggling with some difficult folds and designs of other paper crafts, I decided to unfold the seemingly simple lantern I bought and figure the thing out for myself. Like all traditional origami, no glue or cutting (once the basic outside shape of the paper is made) are required. I feared that once I unfolded my lovely store-bought version I wouldn't be able to get it back together but thankfully it wasn't nearly as difficult as I assumed.