(OLD VERSION) Intro to Agile Scrum in Under 10 Minutes 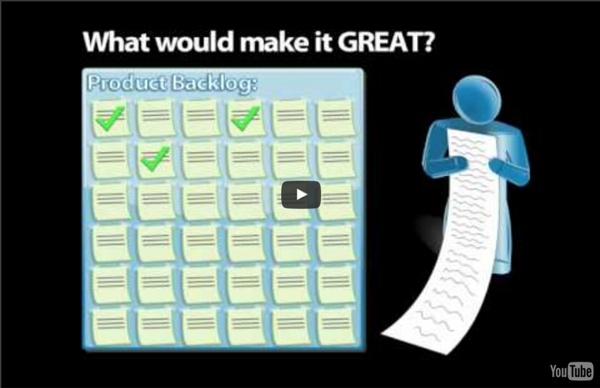 How To Write Unmaintainable Code Ensure a job for life ;-) Roedy Green Canadian Mind Products Introduction Never ascribe to malice, that which can be explained by incompetence. - Napoleon In the interests of creating employment opportunities in the Java programming field, I am passing on these tips from the masters on how to write code that is so difficult to maintain, that the people who come after you will take years to make even the simplest changes. Further, if you follow all these rules religiously, you will even guarantee yourself a lifetime of employment, since no one but you has a hope in hell of maintaining the code.

For Amusement Only: the life and death of the American arcade If you’ve never been inside a “real” arcade, it could be hard to distinguish one from say, oh, a Dave & Buster’s. Authenticity is a hard nut to crack, but there are a few hallmarks of the video game arcade of days gone by: first, they have video games. Lots and lots of video games, and (usually) pinball machines. They’re dark (so that you can see the screens better), and they don’t sell food or booze. What Is Scrum? According to the State of Agile Survey, approximately 60 percent of projects are Agile.1 After all, Agile frameworks help companies accelerate time to market, increase productivity, and respond to changes in priorities. Of all the Agile frameworks, Scrum is the most widely adopted. Professionals from around the world and in a variety of industries are using Scrum to position their teams for greater success. Join the global movement that is transforming the world of work, and bring Scrum to your workplace. To bring Scrum out of the classroom and into practice, you'll need a Certified Scrum Coach (CSC). CSCs are experts in both the theory and practice of Scrum.

Android Ported to C# – Xamarin Oracle and Google are currently in a $1 billion wrestling match over Google’s use of Java in Android. But Java is not the only way to build native apps on Android. In fact, it’s not even the best way: we have been offering C# to Android developers as a high-performance, low-battery consuming alternative to Java. Our platform, Mono, is an open source implementation of the .NET framework that allows developers to write their code using C# while running on top of the Java-powered operating system, and then share that same code with iOS and Windows Phone. Unlike Sun with Java, Microsoft submitted C# and the .NET VM for standardization to ECMA and saw those standards graduated all the way to ISO strong patent commitments. The .NET framework is also covered by Microsoft’s legally binding community promise.

Game Developer Magazine Archive NOTE: You can find out how to obtain an unofficial full copy of this archive from a third-party website by reading the info found in this tread. Game Developer, an in-depth monthly magazine for exposing 'the art and business of video games', was published by UBM Tech (which also runs Game Developers Conference and Gamasutra.com) from 1994 to 2013. Following the magazine's closure in July 2013, we've compiled an archive and made them freely available here for all to enjoy. (Also check out the Game Developer section on Gamasutra for some of the best reprinted articles from these issues.)

Introduction to Scrum - An Agile Process Scrum is an agile way to manage a project, usually software development. Agile software development with Scrum is often perceived as a methodology; but rather than viewing Scrum as methodology, think of it as a framework for managing a process. In the agile Scrum world, instead of providing complete, detailed descriptions of how everything is to be done on a project, much of it is left up to the Scrum software development team. This is because the team will know best how to solve the problem they are presented. This is why in Scrum development, for example, a sprint planning meeting is described in terms of the desired outcome (a commitment to a set of features to be developed in the next sprint) instead of a set of Entry criteria, Task definitions, Validation criteria, Exit criteria (ETVX) and so on, as would be provided in most methodologies. Scrum relies on a self-organizing, cross-functional team.

TIOBE Software: Tiobe Index TIOBE Index for January 2016 January Headline: Java is TIOBE's Programming Language of 2015! Java has won the TIOBE Index programming language award of the year. This is because Java has the largest increase in popularity in one year time (+5.94%). Slawa Deisling's Blog - How to get on consoles as an Indie The following blog post, unless otherwise noted, was written by a member of Gamasutra’s community. The thoughts and opinions expressed are those of the writer and not Gamasutra or its parent company. My name is Slawa Deisling and I'm Co-Founder and programmer at Behind The Stone, a really small indie-studio from Hamburg, Germany.

A Very Quick Comparison of Popular Languages for Teaching Computer Programming This article has been translated into Serbo-Croatian here: Thanks to Jovana Milutinovich for creating this translation. In the CS department where I currently teach I recently got involved in a debate on which programming language should be used to teach beginners. Java and C are the most commonly used languages in the department, and for many subjects this is appropriate, but not (I believe) for absolute beginners. I believe Python is a much better choice for beginners, and to firm up my own position I performed the very brief, very unscientific test described below. 5 Great Resources To Learn How To Code However, more often than not, there seems to be a problem of actually finding good content online that can teach you to code. Experimenting with a language can only get you so far. To master it, you need to have proper guidance from people who actually know what they are talking about. So where can you find expert guidance without shelling out a fortune for it? You could start with checking out the websites below: Dream In Code

90 Questions to Ask Before Starting a Website Redesign When can you launch it? How much is it going to cost? These seem to be the only two questions clients really care about when it comes to redesigning a website. Yet, a redesign is an opportunity for so much more. It's a chance to audit the current site's assets, KPIs, target audience, and user interface to determine what the site needs to do, why it exists, and for whom it should be relevant. Twitter Bootstrap navbar tutorial <<PreviousNext>> Using Twitter Bootstrap, you may create static navbar. In this tutorial you will see how to do that. Note: An example of Navbar with Twitter Bootstrap 3 is added. You may have a live demo here and may download the zip file containing dist folder downloaded from Bootstrap's website cotaining css, js and fonts folder and navbar-example.html file. To run it form your own setup without making any changes in the paths, Keep dist folder and the example html file in the same folder.