Intro to Scrum in Under 10 Minutes 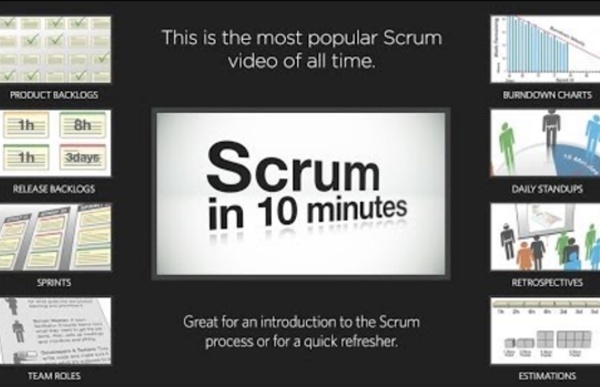 Beyond Management: Considering Participatory Design and Governance in Player Culture T.L. Taylor Abstract This article explores relationships between players and the owners of the massively multiplayer online games (MMOG) they inhabit. Much of the language around these large scale communities currently focuses on “management.” Wither Mario Factory? The Role of Tools in Constructing (Co)Creative Possibilities on Video Game Consoles – Casey O'Donnell Games and Culture Cover Abstract: This article examines the role that game development tools have in the design and creation of video games. It does so through the lens of a series of patents by Nintendo that outlined the technological foundations for a truly (co)creative production platform for games. Game development tools shape and are shaped by the kinds of games they are used to produce as well as the underlying technologies of game consoles. The roles, sites, and means by which users are allowed to or encouraged to engage with (co)creative tools significantly impacts the kinds of interventions users may make.

The Ten Most Important Video Game Patents [EDITOR'S NOTE: While patents are still a controversial subject in the game industry, we still think it's important that Gamasutra covers them. If you have an opinion on any of the patents or ideas for both hardware and software described in this piece, please submit a Letter To The Editor with your points of view and we'll reprint them.] When the editors at Gamasutra asked us to prepare a list of the top ten video game patents, we initially thought "Hey, no problem, that will be easy." As we’ve dug into this in a little more detail, we realized that what we signed up for was no easy task, because there are quite a few issues that make it difficult to simply whip up a list of the top 10 video game patents. First, what makes a patent a video game patent? Is it a video game patent if it describes video game play methods?

Hey, That s MY Game! Intellectual Property Protection for Video Games So you’ve created a video game. Naturally, you’re proud of the result after months of all-nighters spent programming and debugging the source code. Your game includes ideas, puzzles, game concepts, and user interfaces that no game has ever had. You’ve created artwork and graphics that are sure to enthrall even the most skeptical of gamers. Your game is most assuredly destined to be Game of the Year! Too bad someone stole it and published it before you did. Standing up for ourselves Sometimes you need to stand up for yourself, or you’re just begging to be taken advantage of. We (Spry Fox) have filed a copyright infringement suit in federal court against 6Waves LOLAPPS in response to their release of Yeti Town, their blatant copy of Triple Town. This was a difficult decision for Danc and I.

Recent Ruling in Triple Town/Yeti Town Game App Dispute Provides Cautionary Lessons for Both EA and Zynga Even with all of the media coverage over EA's ($EA) recent copyright infringement lawsuit against Zynga ($ZNGA) (including my blog post on the case), there was no clear consensus about which litigant had the upper hand legally. This was, in part, because the lawsuit raises difficult and murky issues under copyright law's "idea/expression dichotomy," which says that ideas aren't copyrightable but the expression of those ideas can be. A recent ruling in a different cloned game app case shows how courts struggle to apply the idea/expression dichotomy to cloned app games lawsuits. Accordingly, the new ruling implicitly cautions both EA and Zynga to settle their case rather than have a judge rule on its merits. The new ruling involves two game apps. The first app is "Triple Town," where users match different objects to work their way up an object hierarchy.

Cloned at Birth: The Story of Ridiculous Fishing "I think 'overwhelmed' is the right word," says Rami Ismail, the business half of Dutch design duo Vlambeer. The interview is over. The story, told in pieces at least a hundred times in bars, at hamburger joints, on stages and in private circles of up-and-coming game developers, has now been told for the first time in its entirety. It is a story about the little guy getting bullied and making a stand. And winning. It is the story of Ridiculous Fishing, and how two men from the Netherlands rallied the worldwide community of independent game developers to take on the practice of game cloning and reclaim their invention to launch what will become (for a time) the best-reviewed iOS game of 2013.

THREES - A tiny puzzle that grows on you. The Rip-offs & Making Our Original Game It’s been a weird and awesome couple of months. Our expectations for our tiny game were well, fairly tiny. Design Is Why 2048 Sucks, and Threes Is a Masterpiece It's hard to overstate just how good Threes really is. Touch Arcade's review deemed it a "perfect mobile game." Ken Wong, the lead designer of the Escherian insta-classic Monument Valley said Threes, ostensibly a rival for mobile mindshare, was "one of the most elegantly designed games since Tetris." Indeed, its central mechanic–sliding like-numbered tiles together to create higher-numbered tiles–is so utterly simple and exquisitely satisfying it seems like the type of thing that doesn't get invented so much as discovered. Like one stormy night, a cloistered indie dev woke up with a start, grabbed a notebook, and scribbled furiously until there it was, in completely and flawlessly formed. That's not exactly how it went.

We need to talk about TED In our culture, talking about the future is sometimes a polite way of saying things about the present that would otherwise be rude or risky. But have you ever wondered why so little of the future promised in TED talks actually happens? So much potential and enthusiasm, and so little actual change. Are the ideas wrong? Or is the idea about what ideas can do all by themselves wrong? : Simon Carless's Blog - When Your Wishlists Don't Convert The following blog post, unless otherwise noted, was written by a member of Gamasutra’s community. The thoughts and opinions expressed are those of the writer and not Gamasutra or its parent company. [Hi, I’m Simon Carless, and you’re reading the Game Discoverability Now! newsletter, a regular look at how people find - and buy - your video games. Or don’t.]

How the World of Goo became one of the indie video game hits of 2008 The growing popularity of the indie game, World of Goo earned it the No. 1 rank on Amazon’s top ten best-selling PC games recently, albeit temporarily, among giants like World of Warcraft, Spore, Left-4-Dead, and Fallout3. This independently developed game’s success illustrate the changes that are taking place in the video game and digital content distribution landscape. How appropriate, as we end this year and look for changes in the next. A physics-based puzzle game for all ages, World of Goo is filled with varying species of dynamic goo balls that form the building blocks of bridges, towers, and constructions, the whole point being to navigate around obstacles and reach an exit pipe. Sounds simple enough.

The secrets to scrappiness: Fighting to survive as an indie studio Tanya X Short is director of Canadian independent studio Kitfox Games, developers of Shattered Planet and the upcoming Moon Hunters. She's a frequent blogger on Gamasutra. When we were starting Kitfox and talking to business mentors, we would often receive a lot of conflicting advice.