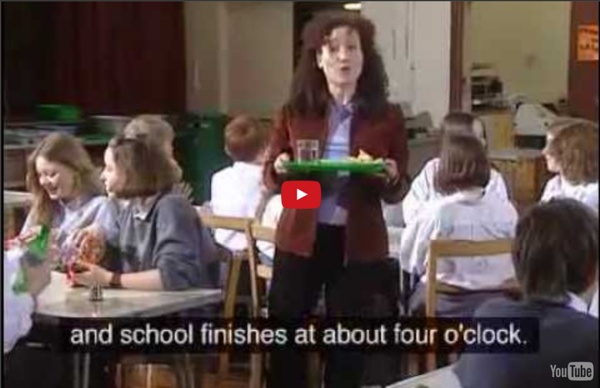 Related:  Around the world • ELT

Electing US President, year 5-6 – WebEnglish.se Background These materials have been chosen to suit at least stronger students in year 5-6. Warm-up “I’ll Be the President” (3:06) A fun rap about the process of becoming a presidentWhat do kids want in a president? (1:20) Kids talk about what kind of person they think the next president should be like. Vocabulary Simple Contraction Folder Simple Contraction Folder I love these FREE contraction folding aids from Twinkl. Personally I think theses are a case of simple is better. Nothing fancy is needed, the folding aids are nice and bright and in my opinion there is no need to over clutter the folder.

Who IS Sherlock Holmes? - Neil McCaw The first Sherlock Holmes tales started appearing in 1887. See this video to hear their creator, Sir Arthur Conan Doyle, explaining why he created Sherlock in the first place. However, Sherlock Holmes was not the first fictional detective. Edgar Allan Poe, Charles Dickens, Wilkie Collins, and Émile Gaboriau had all created detectives of their own before Conan Doyle was writing. Here are some sources for those who are interested in early forms of detective fiction. But the global interest in Sherlock Holmes goes far beyond Doyle’s 56 short stories and 4 novels. Ten things I wish someone had told me before I moved to Sweden Sweden, much, much colder than you think. Photo: Jonas Ekströmer/TT British writer Clement Boateng loves his new life in Sweden. He just wishes someone had warned him about these ten things first... I am a London-boy born and raised, now currently living and nesting in Stockholm in the hope of a new life, new career, new adventure and new experiences.

Charlie and the Chocolate Factory Resources Charlie and the Chocolate Factory was written in 1964 - but the story is just enjoyed and loved by children now as it was then. The story's hero is Charlie Bucket, a young boy from a very poor family. He lives with his parents and four grandparents in a tiny, old house. His luck changes when he wins a Golden Ticket to a tour of the local chocolate factory, owned by the mysterious Willy Wonka. Four other children have also won tickets - and they are certainly characters! Charlie Bucket and his Grandpa Joe enjoy their tour with Augustus Gloop, a very greedy boy, Voilet Beauregarde, a very competitive child who chews gum all the time, Veruca Salt, a spoiled brat, and Mike Teavee, who is obsessed with watching television (TV - get it?!)

British Council by Julie Bray Question: Where do pyjamas, yoga, curry, gurus and Bollywood films come from? Answer: India, of course! August the 15th is the birthday of modern, independent India. ndla Canada - The Tale of the Inuit and Their Land Update Required To play the media you will need to either update your browser to a recent version or update your Flash plugin. Canada - The Tale of the Inuit and Their Land Inuit Art on display in Jordan, Ontario The Inuits belonged to nomadic tribes that moved over large arctic areas, hunting caribou, seals, fish and polar bears. During the winter, they dug themselves into snow and earth, using driftwood covered with turf as roofs, in order to avoid freezing to death.

What they didn't teach you about the first Thanksgiving in school The story of the first Thanksgiving, as told to American children, goes something like this: When the Pilgrims first made it to Plymouth Rock, they suffered through a desperate winter and had great difficulty surviving. But eventually, and with the help of Squanto the friendly Indian, they learned how to grow food. Finally, despite mistrust on both sides, the Pilgrims and Indians ended up making peace and eventually sharing a feast together, which we commemorate today on Thanksgiving. This story isn't exactly inaccurate. But it omits several key details that are crucial to understanding why this truce between the Plymouth colonists and the Wampanoag confederation was reached — details of both dreadful tragedy and political scheming. 1) It wasn't just the Pilgrims who were weak — the Wampanoag had recently been decimated by disease

Four Nations Nick: This is London and behind me are the Houses of Parliament. Parts of these buildings are more than nine hundred years old. This is where the laws of the UK are debated and created. The United Kingdom is actually made up of four different countries: England, Scotland, Wales and Northern Ireland. Each nation has its own culture and heritage. The population of England is around fifty million people.