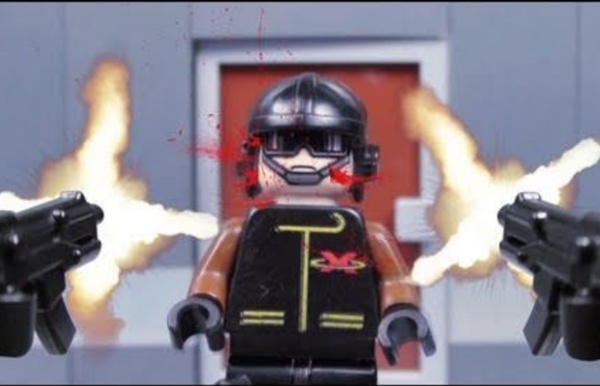 Dead Island Is a Decade's Worth of Zombie Games in One Well the problem I see is those games you mentioned are over-hyped crap. Dead Rising's time-based missions pretty much ruin the game, the weapons are essentially pointless and the fighting mechanics are so primitave that it feels like it should have been released on the n64. On top of that the zombies are slow, stupid, and act more like an environmental hazard than a wave of enemies. It always put me to mind of running through a lava level in metroid without your viara suit. Left 4 Dead sucks because zombie games are supposed to be about the melee weapon experience, and fast moving zombies combined with nothing but firearms made the game indistinguishable from any generic fps. Seriously, replace the zombies with hellspawn or space aliens and would it really change the game any? The good zombie games are resident evil 4 and (to a lesser extent) 5.... and that's about it.

Bruiser: A street sweeper's tales. Funny Pictures at WalMart Ten games that make you think about life At the start of this year, we decided to come up with a list of Flash casual games with a philosophical bent. To be honest, we struggled. After days of research, we could only find a handful of games that had the thought-provoking depth we were looking for. Our list (which you can view by clicking here) was therefore only five games long. Fast forward to now, and it is remarkable how much difference a few months can make. In a wonderful twist, it seems it is the Flash gaming space - until now known more for the throwaway nature of its games rather than depth - that is leading the way in this exciting new area of gaming, as we hope the following games prove. One you have finished playing these games, check out our follow-up lists: Ten More Games That Make You Think About Life and Another 20 Games That Make You Think About Life. 1Immortall The game starts with you crash landing on a planet. 2Loved 3I Can Hold My Breath Forever 4The Company of Myself 5Coma 6Loondon 7I Wish I Were the Moon

I forgot to send in my U.S. Census form. Am I in trouble I'm afraid if you fail to file your Census form, you will not be counted amongst the general public. Since you're not counted, you don't exist. FEMA Exterminators are usually sent within 30 days of lack of filing of the Census forms and unless you're ready for Guantanamo listen carefully. This will take courage and initiative so be ready. 30 days is the minimum wait period but since Obama's been in office FEMA's been busy...they won't publicly say what but whatever the case may be, that'll probably delay your FEMA Directive 84F Title 2 file from being filed for at least 60 days. Go to the nearest Post Office (avoid looking at cameras) and purchase the slowest possible A4 size envelope available. Get hold of a Census form and fill it out completely. Now you need to get mobile. Get a cab or take a bus to the nearest Internet Cafe. Now use the Spanish-English dictionary to translate and transcribe words, this time with the pen, onto the Census. Take the keys and enter the facility. Eat.