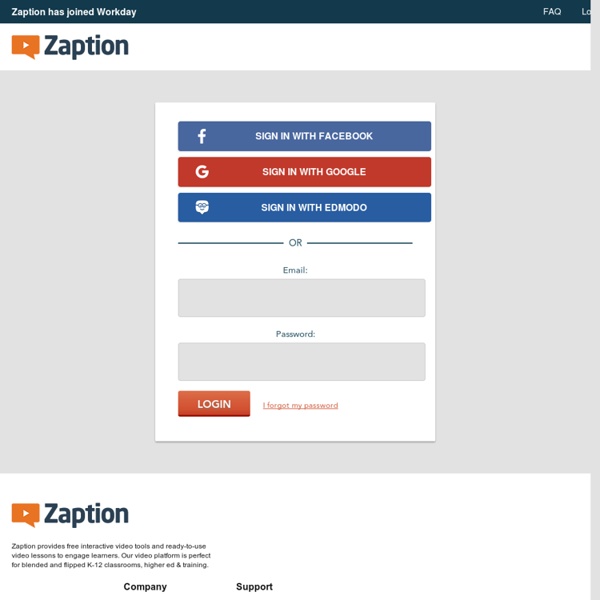 Teach your students the right way to Google Kelly Maher November 24th, 2014 In the age of the split-second Google search, it’s more critical than ever to train students to distinguish between primary and secondary sources As in decades past, proper research methods are an essential skill for today’s students. At a time when most students (and adults, for that matter) are accustomed to heading straight to Google to answer all of their questions, being able to sagely sift through the good, the bad, and the ugly of search results is key to creating independent 21st century thinkers. However, even when used properly, Google is not always the right resource. On its website, the Kentucky Virtual Library provides a detailed, student-friendly interactive map of the research process, called “How To Do Research,” which spells out the steps for making the most of the research process, from planning to searching to taking notes and ultimately using gathered information effectively.

TELL US AWARDS Final Event Save the date ! TELL US AWARDS Final Event, on November 25th 2015 (afternoon), at European Schoolnet, Brussels, (Rue de Trèves 61, 1040 Brussel, Belgium) The TELL US AWARDS “Technology Enhanced Learning Leading to Unique Stories » was a two stage European contest showcasing and rewarding technology products and services in the formal learning context, coordinated by inno TSD. The project was co-financed by the European Commission DG CONNECT through FP7, started two years ago and it is coming to an end this year with an exceptional final event. Why to come to the Final Event?

YouTube One account. All of Google. Sign in to continue to YouTube Find my account The 4Ss of Note-Taking With Technology Recently, a number of articles have surfaced reporting the ineffectiveness of note taking with laptops, in keeping with the findings of Pam Mueller and Daniel Oppenheimer detailed in The Pen Is Mightier Than the Keyboard. These authors assert that when students used laptops in lecture courses, they transcribed notes rather than synthesized information. As a result, those students then performed poorly on cognitively demanding tasks. However, before making a blanket statement that one device may be better than another (e.g. pen vs. laptop) or calling into question what may be the best note-taking system, what if we approach the concept by identifying what is best for individual students? In other words, does the system . . . Adequately support the students' learning needs?

Edtech is the next fintech David BainbridgeContributor Fintech is a factor of the fourth industrial revolution that has completely taken the world by storm and forever revolutionized how we bank. But many believe it is still in its infancy, with figures suggesting the same: global investment peaked at $5.3 billion in the first quarter of this year — a whopping 67 percent over the same period last year. So why the screaming surge to success?

National Culture About the research Professor Geert Hofstede conducted one of the most comprehensive studies of how values in the workplace are influenced by culture. He analysed a large database of employee value scores collected within IBM between 1967 and 1973. 3 Things You Didn’t Know About Microsoft Excel Are you utilizing Microsoft Excel to its fullest? Here are three things you might not have known Excel could do: Sparklines With Sparklines in Excel 2013, you are able to provide a more in-depth view of the data other than just simply using the numbers. Use Sparklines to show trends such as increases and decreases or economic cycles. 22 Tricks That Can Make Anyone A Keyboard Ninja Using the mouse to perform repetitive tasks is not productive. The best way to boost your efficiency levels when browsing the internet is by using keyboard shortcuts. Despite contrary belief, the keyboard was designed to be used without looking at one’s hands. The best way to get familiar with keyboard shortcuts is to first learn how to type while keeping your eyes on the screen. Once you’ve mastered basic typing, it’s time to upgrade your skills to the keyboard shortcuts mentioned above.

No Time For The Gym? Do These Effective Desk Stretches Instead Not everyone has time to go to the gym or squeeze in a short run. Especially those who work tedious hours with long commutes. In order to maintain one’s health, creativity is required. What are the top Computer Programming Schools in Seattle, WA? There are 3 computer programming schools in Seattle, Washington. Seattle has a general population of 563,374 and an overall student population of 96,368. Approximately 15,092 of Seattle's students are enrolled in schools that offer computer programming programs. Manifesto for 21st Century Teacher Librarians Editor’s Note: This article was originally published as a Tag Team Tech column on www.voyamagazine.com. It has been reprinted and reproduced numerous times and in many places. We are making it available here to ensure that all of our readers have seen it. Manifesto for 21st Century Teacher Librarians By Joyce Kasman Valenza October 2010

White Ravens Each year the language specialists (Lektoren) at the International Youth Library (IYL), in Munich, Germany, select newly published books from around the world that they consider to be especially noteworthy. This list of books is compiled into the annual White Ravens Catalogue, which is introduced each year at the Bologna (Italy) Children's Book Fair. The White Ravens Online Catalogue, which includes all titles from 1993 through 2007, was created by ICDL researchers in collaboration with the IYL and is available on the ICDL web site with the permission of the International Youth Library. The White Raven label is given to books that deserve worldwide attention because of their universal themes and/or their exceptional and often innovative artistic and literary style and design.

Daniel Willingham - Daniel Willingham: Science and Education Blog ​Coverage from NPR made it sound like Hart & Risley had been debunked, with the headline “Let’s stop talking about the 30 million word gap.”But the Sperry report doesn’t really upend Hart & Risley.First, Sperry et al. claim that the Hart & Risley finding has never been replicated. I am not sure what Sperry et al. mean by “replicate,” because the conceptual idea that socioeconomic status and volume of caregiver→child speech has been replicated. (The following list is not offered as complete—I stopped looking after I found five.)Gilkerson et al (2017)Hoff (2003)Hoff-Ginsberg (1998)Huttenlocher et al (2010)Rowe (2008)None of these is an exact replication---they have variations in methods, population, and analyses. What is the role of a scientist in these difficult application issues?